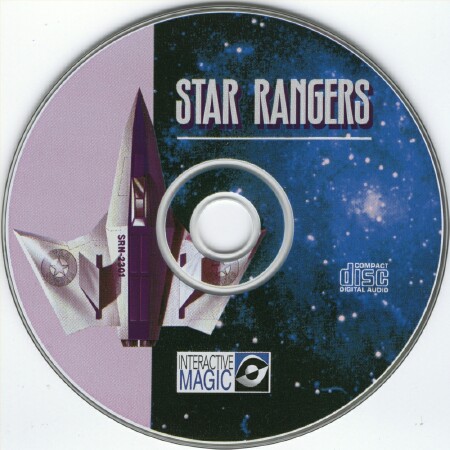 The Game
When Wing Commander first hit the shelves in the early 90s, the demand for space combat games began to rise drastically and spawned some great games, such as the LucasArts X-Wing and Tie Fighter. One of the lesser known entries is Star Rangers, a title worthy of recognition.

Compared with other titles of the era, like Wing Commander III, the graphics are great. The SVGA is sharp and explosions are well rendered with appropriate debris. The sound effects are unique, giving the game its distinction. Communications with your wingmen or bases are also well done.

You begin the game in practice mode. Here you can sharpen your skills and your shot with wave after wave of wave of enemy fighters. But, you won't be here for long, because, after all, it is practice. When you're ready, click on that Campaign button.

Here's the storyline : you're a border patrol pilot for the Star Rangers. It is the 23rd Century, and Taureg bandits are making raids across the demilitarized zone. It is your job to stop them. That's basically where the 17 missions take you. But the storyline really doesn't come into play that much. Most of the time you'll just launch and begin to attack any bandits that enter your screen.

Game play is fast and furious. You and your wingman will take on many bandits at a time. With a variety of capital ships and fighters, you'll have your hands full trying to stop the border incursions. You are armed with a standard fare of weaponry, from heat seeking missiles to tactical nukes. You also have, of course, your trusty plasma guns and auto cannon to dogfight with. A unique feature of the game is the probability of crashing into a destroyed ship's debris. This will weaken your shields and spin you uncontrollably for a minute. Needless to say, don't do it.

Star Rangers has the most innovative feature I ever saw in a space combat game of the era: The ability to jump around within your quadrant to stop border raids. Using a map, you pinpoint where you want to go, usually near a bandit, warp, and it takes you there. This feature brings about whole new strategies of play, such as deciding whether you have time to refuel before that cap ship gets to that base. It adds another element previously unused in these games.

You can also send your wingman across the quadrant to attack bandits while you finish off the ones in the area. He'll then return when he's finished, or wait for you to arrive. Your wingman can do a variety of functions, including returning to base, attacking a target, or open attack on any enemy ship. You get to choose your wingmen; do so wisely.

Another interesting feature is the mere fact that no two missions are alike. Sure, the objectives are the same, but enemies will appear in different places, at different times, in different numbers. This adds some replayability to the game that would otherwise have been severely linear. As with other games of this genre, you get medals for extraordinary feats in the cockpit. This is pretty much standard, though there is the McPhearson's cross, for extraordinary damage taken in the defense of a civilian. In my 40 some hours of playing, I achieved this only once. 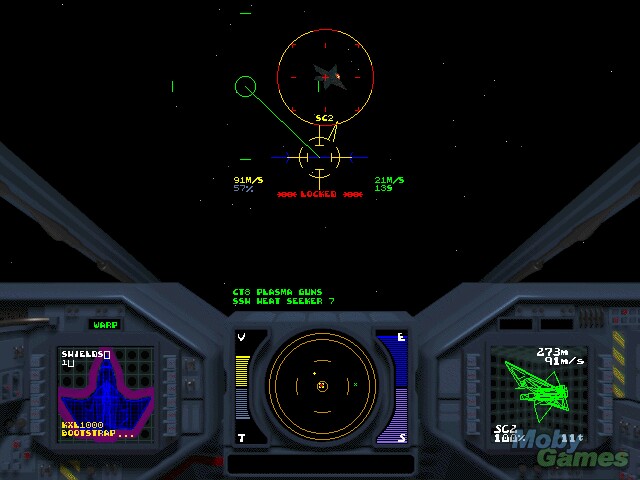