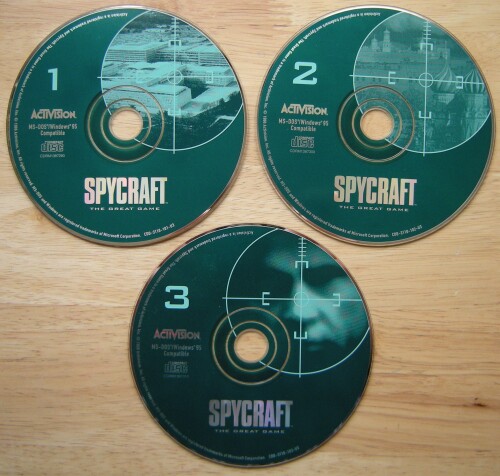 The Game
Spycraft is a thriller set at the end of the Cold War and was made with the assistance of William Colby, former director of the CIA, and Oleg Kalugin, former major general of the KGB. In Spycraft, you become Agent Thorn. Thrust into the world of international espionage you take on a New World Order consisting of Drug Traffickers, Nuclear Arsenals and deep set double-agents and traitors who will sell out there country for sex and money. Depicted at the end of the cold War, the lines between ally and enemy have been severely blurred setting the stage for the two world Superpowers to collaborate.

Playing Spycraft is indeed a pleasure. The introduction is fantastic with full motion video that is superb for its time and fills a good two thirds of the screen. The quality is one of the most vibrant and clear examples of video made during this era. By the late 90s acting in general began to improve in computer games, and the actors in Spycraft are convincing, enjoyable to watch and do a remarkable job considering that all of the full motion video is presented to you in the first person. Although not unique to Activision ("Return to Zork" was also presented in the first person), it was a refreshing change considering all of the third person games on the shelves at the time. Whether you are a man or a woman throughout the game, you are simply referred to as Thorn. The experience was easy and comfortable to fit into, even to role play with. Sitting in meetings, when you are being addressed, the actor looks at you, whilst addressing other field agents, at them. This was so convincing that whilst being given my orders I found myself nodding my head.

The user interface in Spycraft is a giant leap in the right direction for computer games, easily one of the best in the market. Simple and easy to use, it is graphical and revolves around a point click affair. Although many games of the time rely on pull-down menus, or moving the mouse to an area of the screen and selecting an icon. In Spycraft, you have a PDA (Personal Digital Assistant) that you use. This unique idea gives unparalleled flexibility. The PDA is full screen and in a brilliant stroke of game design is based around a common Web Browser. As per your normal browser, the PDA has a toolbar consisting of: Close (PDA), Home, Back, Forward and Help. Directly beneath is where all the information is displayed. Opening your PDA, you are presented with the "Home page" which consists of a comlink, datalink, newslink, etc.

All information in the game is accessed via the PDA. Email regularly comes in with vital clues, or congratulations on an arrest. Video communications come in from superior officers, and your colleagues out in the field send digitally recorded messages you can play back. Often messages have 'hypertext links', for example, if a colleague mails you with a lead, their name will be printed in a different color. Clicking on the name will automatically bring up the relevant information from the Datalink section. It is actually possible to sit back and 'surf' all the information inside Spycraft as you would carousing the Web.

The game play in Spycraft is varied and very enjoyable, though in what is becoming more common in modern computers games, somewhat easy. To progress in the game, most elements are puzzle based, and revolve around using a field tool. There are many tools at your disposal all of them modeled off a tool in reality. Just some of these tools include:

The BADMAN: In training you use it to navigate through a field to avoid detection by hostile. Developed by Israeli special ops teams, it allows an agent to direct a strike through a building.

KAT: Kennedy Assassination Tools, developed in 1963 KAT plots the trajectory of bullets in a simulated environment.

MAP TOOL: An agent can use this tool to locate a person by mapping the sounds heard in the background of a phone call.

The tools themselves aren't necessarily the puzzle but the combination of their use, information picked up by other field agents, and information you yourself pick out from browsing the data on your PDA is how the game is progressed. For example, when in Russia, an informant "Birdsong" flees. The only information you have to go on is from a phone call he made to the Head of the CIA in Moscow. Using the MAP-TOOL and a tool that discerns sound from the recording of the conversation you pin point his location. By selecting small sound bytes from the initial recording, a type of aircraft is identified, a tram, church bell, and even a territorial sparrow. Taking this newly acquired information into the MAP-TOOL allows you to locate his whereabouts.

Besides puzzles, situations do arise where you have to 'shoot your way through'. Using the mouse to move, if you enter an area populated by a hostile, the movement cursor turns into a cross hair where you aim and eliminate the threat.

The government pages that you see in the Datalink section will change. You may find that the top ten list has changed or that there is new information on the K.A.T. (Kennedy Assassination Tools). The news information in the Newslink section will change from time to time to incorporate real world events. There is also a communication platform with other players to exchange hints, tips and impressions/opinions on the moral issues raised in the game through live chats. Negotiations are underway for Colby and Kalugin to take part in live chats on the US site. Players with Real Audio will be able to actually hear these two spy masters's spoken works transmitted over the Internet. There will be weekly news updates of important events around the world, adapted by the Spycraft writer for the Spycraft universe, and this will occur for about 3 to 6 months.

Spycraft: The great game has all the feel of a Tom Clancy novel, with superb full motion video, professionally produced sound and varied entertaining game play, you really can't go wrong. Entrenched in espionage first hand, you can be involved in some "Patriot games" and enjoy the thrill of being in "Clear and Present danger". 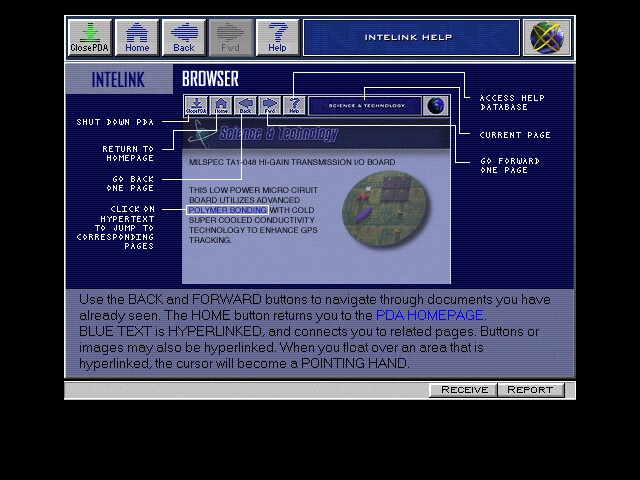 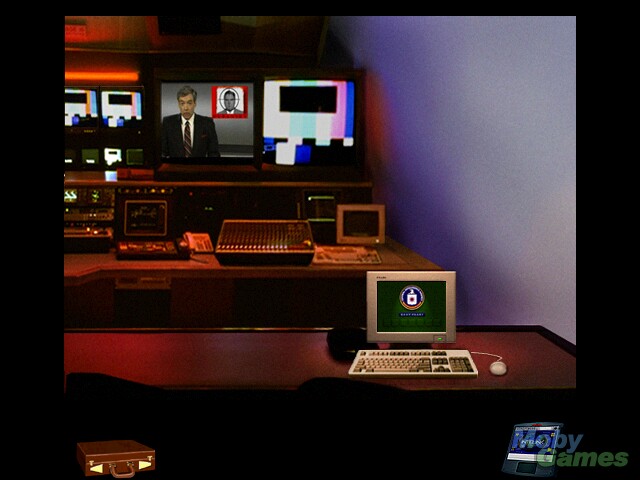