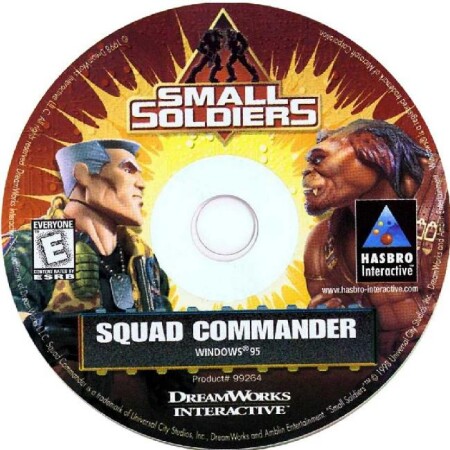 The Game
Small Soldiers: Squad Commander is a strategy game aimed at younger players. Like all good stories, it's a struggle between opposing forces. Kids can either unite the neighborhood of New Bedford or conquer it. Inspired by the DreamWorks movie Small Soldiers, Squad Commander puts kids in charge of the fight as they align themselves with the mercenary forces of the Commando Elite or the natural-law Gorgonite brotherhood.

As per typical RTS games, you can choose which side you choose to fight on, in this case the Gorgonites or the Commando Elite. As the intro, each mission is usually proceeded by a small video clip featuring the characters animated via computer. They are not the quality level of the movie of course, but they are quite decent. The goal of the game, of course, is to conquer the enemy. You start off in a child's bedroom and fight your way throughout the city, rescuing comrades along the way.

The control is typical RTS fare, you click on a unit, click where you want him to move etc.

Overall the game does very well. It opens up a new type of game to players where some actual thinking is involved, before you blow the enemy's brains out. 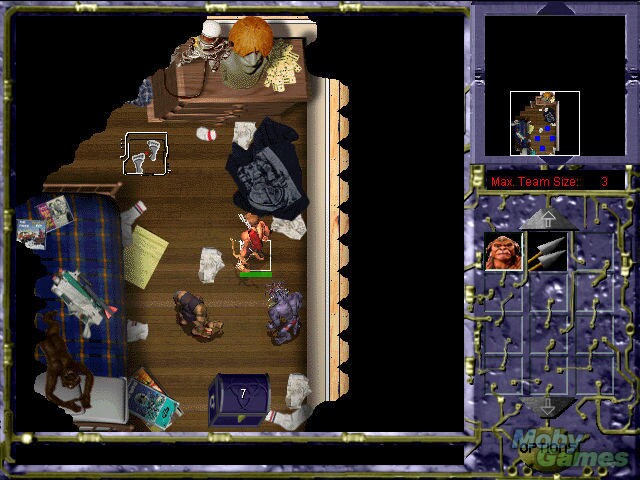 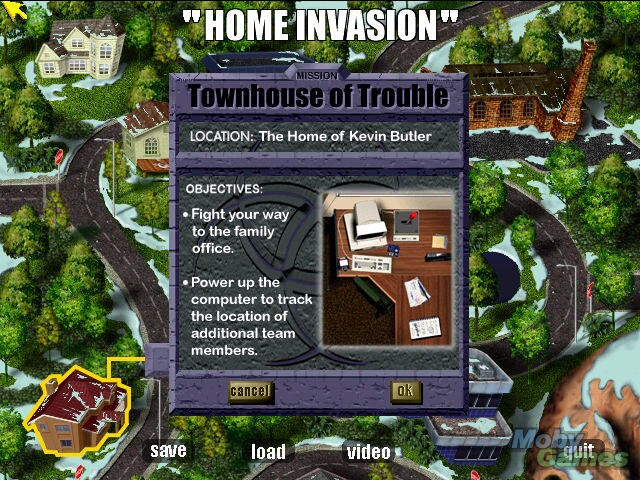