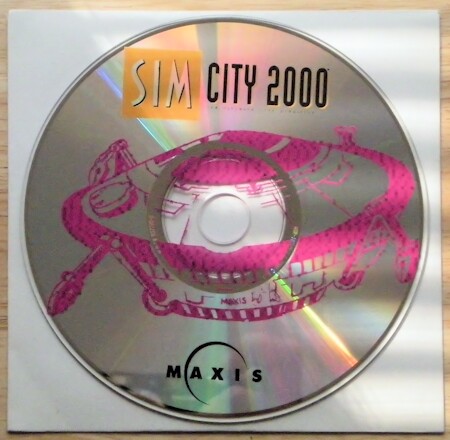 Actual Game
The Game
The original Sim City is one of the best selling, and most popular games, ever sold. It apealled to adults and youngsters alike; the former for its serious gaming topic, and the latter for its sheer play value.

Since the original's inception Sim City has been ported from the Mac to the PC to the Nintendo platform and everything in between. Countless hours of sleep were lost from players having to play just one more year to get their city in the black. I have a disturbing theory that Maxis is the controlling owner of Starbucks Corp because their Sim series is singlehandedly responsible for doubling the average morning after coffee intake in the United States.

As with the original Sim City I think one reason why this game has such a broad appeal is its open-ended design. "No two games will ever be the same" and that brings me to an important point:

This is a phrase often touted in game ads that use variable event settings, i.e. dungeon level three can have twelve rooms or thirteen. Dungeon Hack, for example, boasted four billion unique games. Statistically this was true but, when demonstrated in actual gameplay, the fourth new game begins to look quite familiar, let alone the four-billionth. Sim City 2000 is open ended game that allows you to set your own goals. Your city can remain small and merely subsist, or it can strive to be a technological Utopia, or anything in between.

The Sim City 2000 enhancements
So many improvements have been made that I hesitate to even start to mention them. One very obvious change is the graphics. The original version was one of the first games on the IBM line to use high resolution EGA. However 16 colors can only do so much (although the resolution was ahead of its time). Now your cities can be viewed in 256 colors which makes a tremendous difference. Maxis worked overtime with this update and it really shows. Some would argue that flashy graphics is only eye candy and is usually a cover-up for poor game play -- but that just isn't the case with Sim City 2000.

Maxis took what was right with Sim City and made it better. Some folks considered the original interface to be adequate but at times somewhat confusing. This gripe was utterly eliminated with 2000. The game has built-in help that clearly explains the definition and useage of any icon or menu selection. You simply hold down the right mouse button to activate this help or if you have a one-button mouse hold down the sift key with the mouse button. It's very intuitive and works well. It's also very needed as the menu selection is much more varied. More on that later.

One neat feature in Sim City 2000 is the ability to personalize your city. A different stadium, for example, can be built and name for four sports. Similarly, you can also customize roads, bridges, buildings, airports, and other objects. In other words you can name anything you build. 2000 makes it possible to for you to model your own hometown using the actual designs and names! If you happen to live in New Orleans you could undertake the complex mission of creating and naming the same construction grids and major structures such as the Superdome, Mississippi River Bridge, Huey P. Long Bridge, French Quarter, and so on. It is a fair amount of work but the realism it lends to the game makes it worth the effort.

One of the (very few) faults of the original Sim City is that all buildings were essentially two-dimensional; that is they have width and length but no height. Keep in mind that Sim City was a product of early 1980s coding, and was designed for machines with little memory. Allowing three-dimensional cities, with elevations and depressions was probably too ambitious for the hardware of the time. The 2000 release, in contrast, features 32 levels of elevation -- 16 above ground and and 16 below. This allows for complex designs but it is also easy to go overboard and build an entire city on landscape of huge rolling hills with deep canyons. On the other hand, some people will want to create a virtual San Francisco, with its inherent difficulties. Sim City 2000 adds a new dimension to the game with this feature.

The planning and maintenance of roads, a mainstay in the original version, continues its critical role in 2000. Fortunately, you are no longer required to zig-zag around the map -- you can build diagonally. This allows for a subtle infrastructure without the blocky look of the original. Also, roads extend beyond the world you create -- your city can have four neighboring cities (three with a coast) linked by highways. This feature is crucial in the latter stages of city development as it directly increases trade which in turn stimulates business. There is life outside of Pleasantville!

In addition to roads you can use rails to transport your sims; this requires a rail station. You can also build a bus station on your roads to lessen traffic although I have tried the bus station and have not seen any real difference.

Those eager sims apparently love to educate themselves and now you have the tools to help them along their way. The first addition to your city should be an elementary school. Doing so will carry you for a number of years. After that is done you should build a university and then a library. The reasoning is that each of these increases your sims I.Q. and that makes for more productive sims. You can check the status of your education facilities via a query at any time during the game. Doing so will let you know how many students are enrolled, how many teachers, as well as grade your schools' overall performance. However, if your funding is low you can expect a grade of D or F. As you probably have guessed the D is not for dandy and the F is not for fantastic.

Sims also like recreation and you have several new choices which with to provide good wholesome entertainment. One of my favorites is the zoo, available when your population reaches 100,000. Zoos are, after all, expensive to maintain. During the early years of your cities you can build parks of various sizes which will increase both morale and land value, as well as reduce pollution.

You are also given the choice of light/heavy residential, commercial and industrial zones. In the light zones, property values aren't quite as high and smaller companies will take root. With heavy zones you can expect tall condo buildings, large factories and other mega structures. Be warned -- these structures exact a higher in price and pollution. But that's the beauty of this game -- everything is a trade-off. More pollution indirectly allows a healthier treasury while pollution restrictions result in a population of fewer, but happier, sims.

Health is also an important factor and you can now build a hospital to take care of your sims. The other civil service structures, such as police and fire departments, are basically the same. There are a few subtle differences to each. For example, when you have a fire, you must dispatch the appropriate departments to the fire scene. Adds a realistic touch. If crime is too high, build a prison but expect property values to plummet in close by zones. All of this creates a more realistic feel to city management.

Another means of transportation available to you is the subway system. This one can be a bit tricky to manage, but if done correctly, you will virtually never have traffic problems. (I wish this could apply to New York). Be warned -- You are required to allow access from all main areas of your city or nobody will ride your subway. Overall, the investment is expensive, particularly initially, but well worth the effort.

There are many small things which, when taken together, add tremendous depth to the game. For example, the tax model is more realistic in 2000. You can set different tax rates per industry to encourage specific types of commercial growth. You also have a set of advisors who will advise you on funding and building of your city. As a rule they are worthy but conservative. You can check feedback via the many newspapers your city has for sale.

I have to mention the arcologies in the game. These are futuristic cities within cities that will be a huge boom to your population. I do not understand why but it seems that nearby crime runs rampant no matter how many police stations you build in the area. However, this monolith is a must -- arcologies allow your population to jump from the tens of thousands to the millions. The impact is amazing, so it is understandable that they are not available until later in the game, a la advanced units in Civilization, and you must have a minimum population level. Even with the negatives arcologies are the best bargain in the game!

In summary Sim City 2000 is a fantastic upgrade to the original. It breathed new life into the game by added a host of features as well as tweaking the game model from the original version. 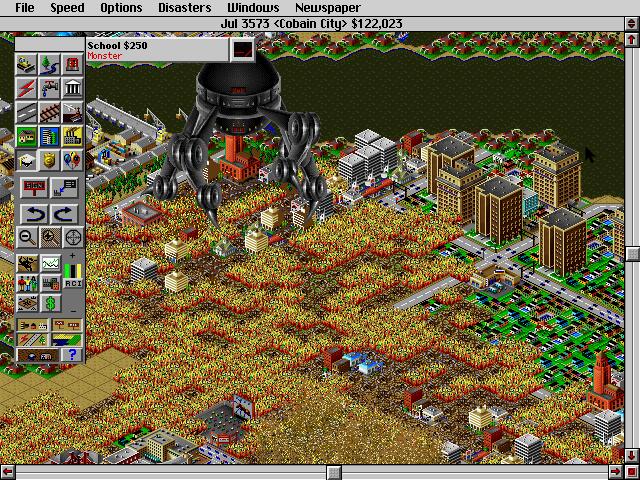