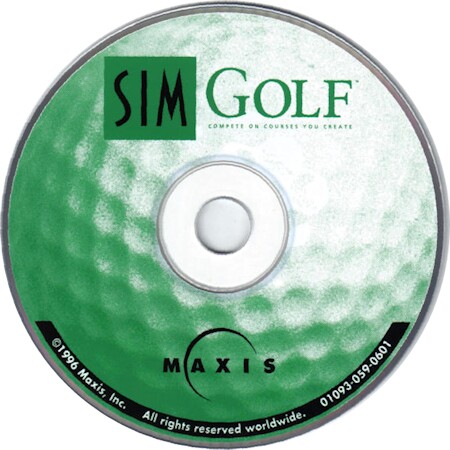 The Game
During the 90s Maxis had some of the best games around, including SimCity and other simulations like SimEarth and SimAnt that continue with the tradition. SimCity is one game that has the distinction of being used for educational purposes, but which is one of the greatest pure entertainement games of all time. SimGolf was an attempt to apply the same craft for games to the Golf game genre.

SimGolf from Maxis was the first game to feature a different approach for the swing, providing players with a more realistic feeling to hit the ball than any of its competitors. In addition to this exclusive option, SimGolf allows players to create their own golf course for infinite replay possibilities.

Along the years, it nearly became a tradition for companies to have their golf game endorsed by some well-known golfers, such as Jack Nicklaus for Accolade, and Arnold Palmer for Access Software. In the same way, Maxis asked Robert Trent Jones, Jr. (RTJ) to be the interactive guide in SimGolf to give out advice to the player as he or she plays on the courses. The choice of RTJ was judicious, as he designed over 170 courses, including the two contained in SimGolf, Rancho La Quinta in the Santa Rosa Mountains, and The Prince Course in the Princeville Resort of Kauai, Hawaii. After all, who else other than somebody called "the Frank Lloyd Wright of golf course architects" could better help you to create the perfect golf course than RTJ himself? Small video clips will pop up on the screen on your request, should you want commentaries about specific parts of the course.

Before starting a course, it is highly recommended to give the practice mode a try. Not that SimGolf is that much different from other games you may have played before, but the swing may require little exercising before you can fully use its potential. Unlike most other golf games, the swing interface keeps all the shot characteristics intact, in that you must drive the mouse back and forth at the correct speed and aim, just as when you would hit the ball yourself. Once you have clicked over the club head in the swing indicator, you must pull back the mouse, then push it forward to hit the ball at the top of the indicator screen. The speed of your movement, as well as the path of your club, will determine the characteristics of your shot and how well you tee off. You can then check your lie in the Results Box to choose whether you want to continue, drop or re-hit the ball if it was in hazards or take a mulligan (if allowed). Notice that for nostalgic players who prefer the old way, a power bar will replace the MouseSwing, so that they won't be confused by the new swing approach.

Regarding the game play itself, SimGolf plays for the most part like other golf games. Six windows can be displayed simultaneously on the screen with different views each to help you judge your shot. You can set up various options to control weather, add dynamic scenery, display a grid on the course, etc. With the movement control, you can walk the golfer wherever you want on the course, even on water or in the air, and see the terrain through the eyes of the golfer with zooming possibilities also offered.

In all, SimGolf's features such as the MouseSwing and the Course Architect, are strong key elements of SimGolf that appeal for the kind of gamers who pay more attention to the realism than to the visuals. It also adds a tremendous replay value to have its own course editor, instead of playing the same courses again and again. 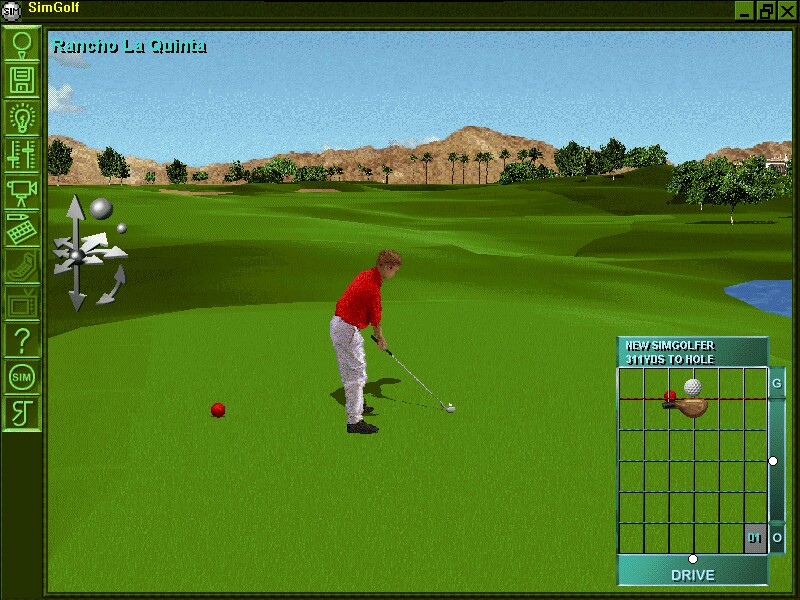 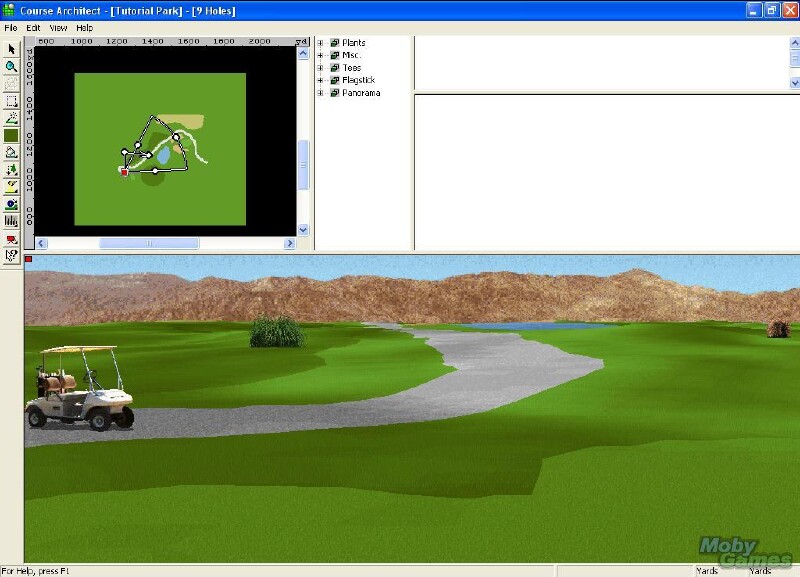