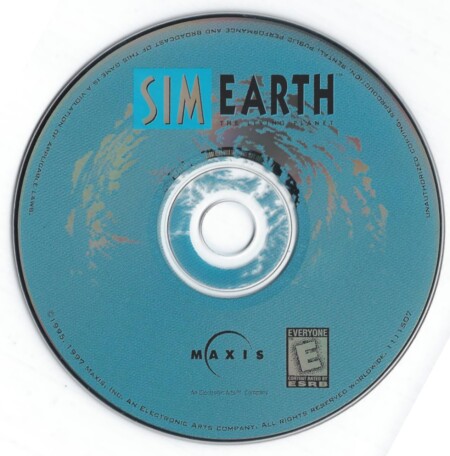 The Game
As you look out across the valley, you squint to see any details through the haze and the glare. It's only been a few hours since sunrise, and yet the heat is almost too much to endure. The large amount of carbon dioxide in the atmosphere makes breathing difficult; the oppressive temperatures only compound the problems of respiration. You might wish for rain to cool the parched landscape, but the acidic droplets that pass for precipitation only burn the skin and eat away at the flora. Not that a dry day is any picnic. With such a sparse ozone layer, the sunlight that gets through the haze is just as destructive as the rain.

Future conditions on Earth? Maybe, but this scenario also describes how our world probably looked a few billion years ago. In SimEarth, you have the opportunity to be there at the beginning, to see the Earth as an infant in the cosmos. And you have the ability to experiment with all facets of planetary science, perhaps even coming up with anew, improved Earth. All things are possible in SimEarth, a product which transcends the term "computer game." An impressively deep and thoughtful simulation, SimEarth's only boundary is the limit of your imagination.

SimEarth is a true what if simulation, with a huge database at its core. SimEarth is based substantially on James Lovelock's Gaia hypothesis, whichviews the Earth (or any planet) as a single living organism.

Maxis has taken a good deal of what we know of planetary evolution, from the fiery beginnings to the normally icy endings, and set up that information in a form that can be modified and rearranged with almost limitless variety. Would you like to see the effects of increased water, decreased oxygen, or a different distribution of flora and fauna? SimEarth lets you experiment with those conditions, and many more.

On a nuts-and-bolts level, SimEarth is a well-designed simulation that makes full use of the graphic and processing abilities of computers of the era. The various maps and charts are quite stunning, in either VGA or low-res MCGA. The accompanying sound effects and music are particularly effective. And the point-and-click interface, then not widely in use, lets you negotiate the many windows and menus with a minimum of distress.

SimEarth is a marvelous creation, so full of detail and imagination that you don't so much play it as experience it. With the environmental problems we face in the next few years, I don't think it's an overstatement to say that everyone could gain valuable insight from a few turns at SimEarth. In much the same way as its predecessor, SimCity, has been used as a planning and teaching tool by governments and schools, SimEarth could also be an extremely useful resource.

But a few words of warning: SimEarth is not an easy game to get into immediately because there's a lot of background material to digest before you can really appreciate what's going on. Fortunately, Maxis' documentation is a good read, full of fascinating facts, though not so many as to discourage the casual player. You can jump right in by using the experimental mode, but for a real grasp of what SimEarth has to offer, it really helps to study a bit beforehand. I promise you that it's quite painless. And you'll be rewarded by a unique computer gaming experience, a simulation that, hopefully, people will continue to play and think about for yet another decade! 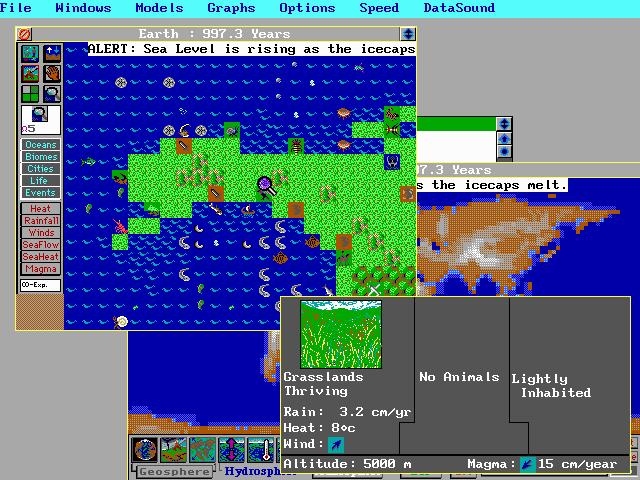 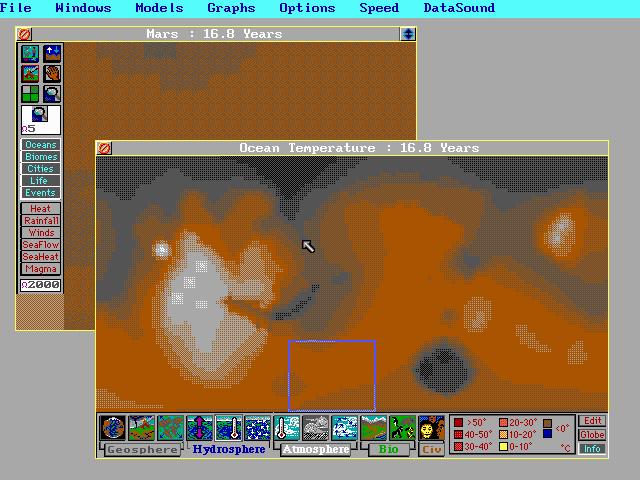