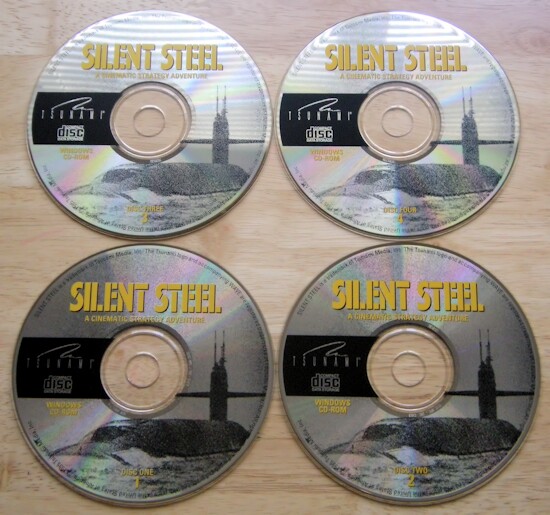 The Game
Silent Steel is not your average submarine simulation; it is an interactive video based on a submarine scenario. Basically the premise is similar to most of the nuclear attack boat sims; third world countries are generating trouble, free world in jeapordy, and your sub has been assigned custodial duty. Here you are the captain, as usual, of the most powerful weapons platform in the world. But in this sim you really are the captain.

The first scene shows a cabin phone buzzing and a hand reaches out to answer. The video freezes and at the bottom of the screen appears a text menu, giving you a choice of three responses:

a. This better be important!
b. What's up, XO?
c. Captain speaking.

You decide which is the appropriate response. Then the video resumes. After a little input from the XO concerning an eyes only dispatch, you have another three choices. a. You handle it, I'm beat. b. I'll be right down, XO. etceteras, etceteras. You click on the action you feel is appropriate and the video resumes with the next scene. You can see where this is going. The interactive movie branches off toward different resolutions, depending on your choices.

After a few preliminary moves, the dispatch reveals a renegade sub in your area. You are instructed to stick to your primary objectives. But there are all kinds of hints that your orders aren't on the up and up. There's another sub out there somewhere. Your crew expects you to make all the decisions. Everything's in your hands. Which sounds fine until you play out the same opening sequence 20 or 30 times, and the end is almost always the same. Some unshaven enemy submariners keep torpedoing your boat. When sonar reports "Torpedo in the water", naturally you think, "Decoys!, change depth-- crest the layer!, flank speed!, 90° course change!, snapshot on generated bearings!" Not here. Your options are strictly limited. If you get a chance to make an evasion decision, your three evasion choices all seem like good ideas, yet they almost always accomplish nothing. Sometimes you are not given a choice, you just bear mute witness to the destruction of your command. As you play, you realize that there are no evasion options that will save you, if one of your earlier decisions puts you in harm's way. You can save the game in various places to try different choices to the situations you are presented with. I tried to ignore the really way-out responses, and emulate what a real sub captain would do, (like I would know!) but being cautious didn't work. Boldness got me nowhere. Letting my Master Chief and XO suggest strategies was interesting (wait till you see what the Master Chief can do with an electric razor!). In the majority of responses I gave the end was always the same. And when you take that hit, your crew really shows disrespect before the lights go out. After one unavoidable hit, the XO turned to me and sarcastically said, "You really boned us, Captain". Well, with a record like mine in this game, I can't say I blame him.

You meet a variety of characters in Silent Steel. The smooth and poised XO. The smart, tough Master Chief. A little sonar tech who would appear to be better situated in an accountant's office. A grizzled, sour old Admiral. And a sexy female (surprised?) CIA agent who pops in occasionally to lend mystery to the proceedings. Not all of the action takes place aboard the nuclear sub, either. You will visit the deck of an aircraft carrier (stock footage, my guess, but that's okay), the situation room of the task force, and a helo at sea. The whole affair is like taking part in a Tom Clancy movie, with you as the star. If you take your time and reflect on the environment and absorb the atmosphere, you can play Silent Steel with the impression that you are an integral part of the story. It does seem a little strange, though, when you are in the role as Captain, making decisions, passing out orders, evaluating data, and conferring with your officers, and the scene shifts to another ship, where you, as Captain, could not possibly be at that moment. In a way, SS plays as both an interactive sim and a movie, since you witness events as both a participant of the sim and a viewer of the movie. A little like cheating but fun nonetheless.

There are really good sounds of torpedoes in the water and thundering explosions as your sub takes the hit or when your fish find the adversary. You are treated to some really good cutscenes of various subs traveling along under the water, too. The sets, lighting, and action inside is primo stuff, even better than Red October.

The interface on Silent Steel is cake. No controls to work, no buttons to click, just make decisions. There's a lot of money invested in this sim and it shows masterfully. It wasn't a cheap venture. The actors are all first rate and engaging. The game plays more like a RPG (role playing game) than a simulation. There are four CD-ROMs included in the game, and as you progress you are prompted to put in the next disk. I made it to Disk Three a few times, but even then I really didn't see much variation in the game. I'm ready to accept my share of the blame for this, but when you consider the nature of the program from the computer standpoint it's obvious that there are no medium solutions or good-enough choices, only the proper choice of three offerings will advance the game. And that's the problem with Silent Steel. You are going to have a lot of dead ends as you explore the "íf-then" nature of the program. Because no matter how carefully you think out your moves, you end up swimming for it. If you really want to succeed in Silent Steel you'd be well-advised to use the run-through offered in the Tactics & Tips section. That's how I finally completed the sim. Use the guide sparingly, when you really cannot see what to do next and you can get your money's worth out of Silent Steel. The game is interesting and challenging, with some good humor interspersed. 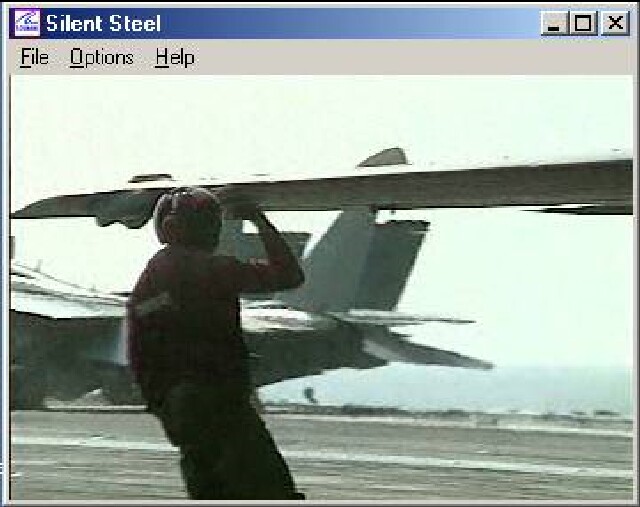 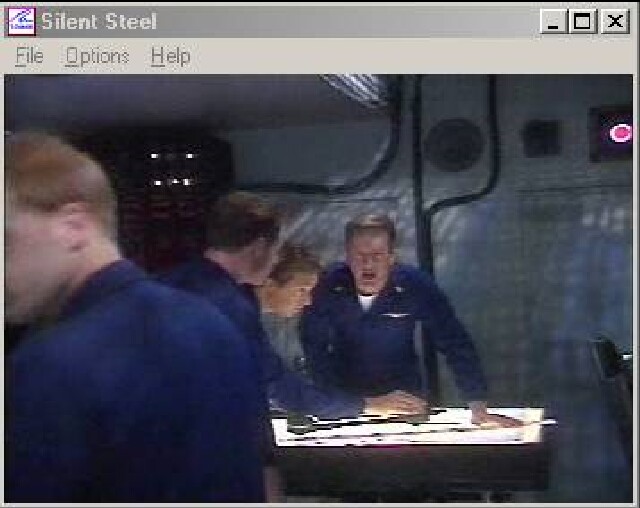