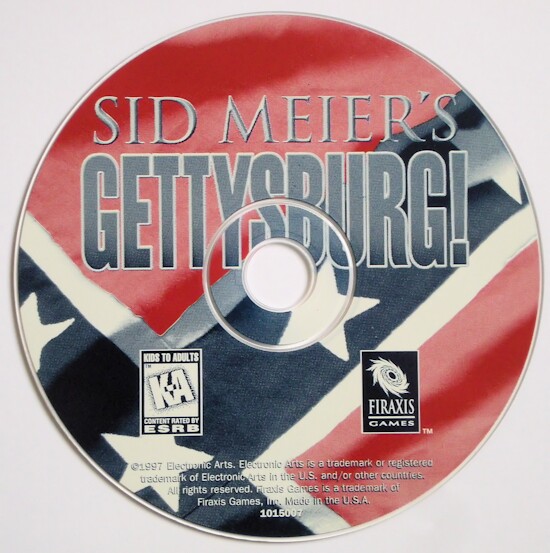 Playing from either side of the conflict, you can take part in a single scenario or a campaign depicting the entire battle. Campaigns typically comprise seven scenarios and are dynamically strung together according to your performance in battle. For example, if you and the Confederate army can rewrite history and capture the high ground south of Gettysburg on July 1, you can earn the option of launching a fictional evening assault on Culp's Hill. In all, the game includes 25 predesigned scenarios, along with a random scenario option that allows for near-endless replay value. Also contributing to the game's replay value is the fact that no two campaigns unfold in exactly the same way.

Right from the start, Gettysburg! draws you in with its elegant interface and rich artwork. A nicely animated briefing prefaces each of the scenarios and adds tremendous atmosphere. Once you transition to the gameplay screen, you get more preliminary information, including a rundown of your objectives, your best troops, and the availability of reserves and reinforcements. In most scenarios, you will command a few brigades of infantry (each made up of three to five regiments) with at least one battery of artillery in support.

As a scenario begins, you must very quickly assess your situation and issue orders to redeploy your troops, as the default start positions are rarely effective. The clock is ticking, but the clean interface makes it easy to issue orders. To move a regiment, simply click on it and drag a line to the desired destination. You can move entire brigades this way as well, though the process is not as intuitive as it could be: You must select the brigade's commanding general, drag a line to the destination, then choose a formation for the brigade to assume upon reaching that spot.

Each unit's movement and fighting quality is affected by a variety of conditions, including its formation, experience, morale, and location. For example, a regiment with friendly units on either side will fight more effectively than one that is being flanked. Similarly, units ordered to charge a hill bristling with artillery will take a serious morale hit (not to mention several large, round iron hits) and will probably soon retreat in disarray.

As in the real battle, the high ground is the key to victory and you won't have any trouble finding it on the beautifully rendered battle maps. Capturing that ground is another matter, as the AI can be quite formidable. Fortunately, the computer's style and effectiveness are completely customizable. Looking for a challenge? Try taking on an "aggressive, indirect" Confederate foe on the highest of the game's four difficulty settings.

The graphics and animation in Gettysburg! show tremendous attention to detail. Best of all, the graphics convey a reasonably accurate sense of scale - these are huge armies we're talking about, after all. The sound effects are also admirable. Shots ring out, rebel yells rise above the din, and your troops will even shout out to indicate that they're being flanked.

Simply put, this game is about as solid as the Union line on Cemetery Ridge. It has all the right ingredients to please Civil War buffs, hard-core strategy fans, and maybe even some casual gamers adventurous enough to try something new. 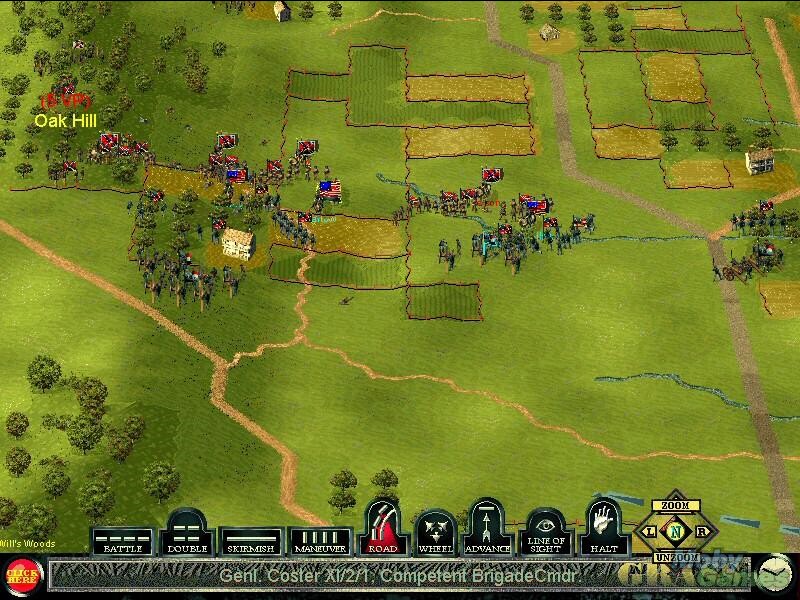