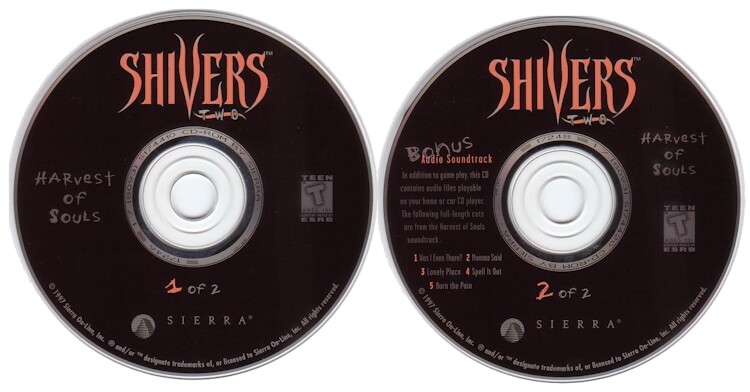 The Game
The seedy town of Cyclone resides somewhere in the southwest deserts of the United States. You arrive—to catch up with your fellow band-mates—only to find that almost everyone has mysteriously disappeared. As your adventure continues, you’ll soon learn that the fate of your friends, the Cyclone residents, and the world, rests in your hands. No pressure.

If you’ve played the original Shivers, game play will be familiar. You have a band of life essence along the bottom of the screen that represents your current state of health. There's the usual eyeball, inventory and toolbar along the bottom of the screen. A flashback button lets you review things you've found, and there is a map to help you get around town. Though Cyclone may be small, it can be a real pain to navigate. Clicking on various buildings on the map will quickly transport you to the appropriate location, assuming you’ve already been there before. This is very handy as it helps you avoid the tedium of backtracking through Cyclone, which you will have to do frequently.

A great feature that was not included in the original Shivers is 360 degree environment panning. Sure, this can make navigation a tad cumbersome at times, but it’s worth it. It feels far more natural than other games where it is as if your head is trapped in a vice and only able to turn side to side.

In Shivers, you spent your time collecting artefacts in a creepy old museum in order to capture those artefacts' respective evil spirits. The same goes for Harvest of Souls, sort of. Instead of a haunted museum, we have a haunted canyon; instead of clay pots we have Native American prayer sticks, called Bahos. Collect them all, solve the puzzles, and win the game. But don’t get me wrong—it’s not as easy as it sounds.

The evil spirits are worse than before, or at least more aggressive. In the original you had certain places within their museum that, if avoided, ensured your safety. In Harvest of Souls, all the evil spirits hang out in a narrow passage that you have to pass through with each bathos you find. They attack ruthlessly. And to top it all off, you’re constantly stalked, “Friday the 13th” style, by a creepy masked antagonist.

There's a colourful cast of characters in Shivers 2, including the worthless Sheriff Andy; George Bellairs, the mandatory priest; and Pearl Larson, the ex-hippie who gave up the bustle of city life for that of a small town. You'll never meet most of these folks outside the game’s manual, but you'll hear them via answering machine messages throughout the game. In Cyclone, everyone has a motive, which makes finding the killer fairly tricky. There are lots of clues to sift through so you’ll have to make note of almost everything you see, from the music videos on television to a postcard in a suitcase.

Puzzle-wise, the game ranges from fairly easy to insanely impossible. There's a handy "Solve The Current Puzzle" button. Only the die-hard adventure gamer will avoid clicking that magical button from time to time. I must admit I fell victim to it myself. There are a great many puzzles in this game, but most are based on the old standby slide-the-tiles and Chinese checkers varieties.

When not racking your brain on puzzles, you’ll have to search for and collect inventory items, just like a traditional adventure game. Fortunately, Harvest of Souls has afforded you plenty of space for items, unlike the previous game where you could only carry one! Some of the inventory items are hard to spot, as they are scattered all over town, so keep an eye out. The logic involved in using items, however, is not too difficult to follow, but you may have trouble completing the game without help.

All in all, game play consists of some enjoyable adventure elements and challenging puzzles that will surely call you back for seconds—or more, considering there are three different endings you'll want to check out. 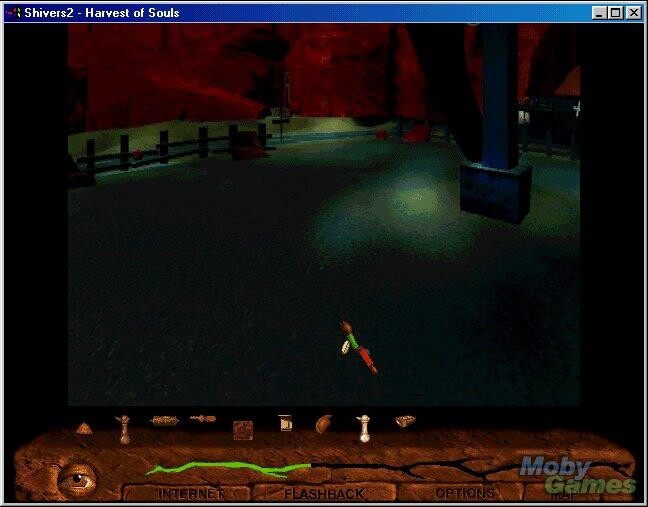