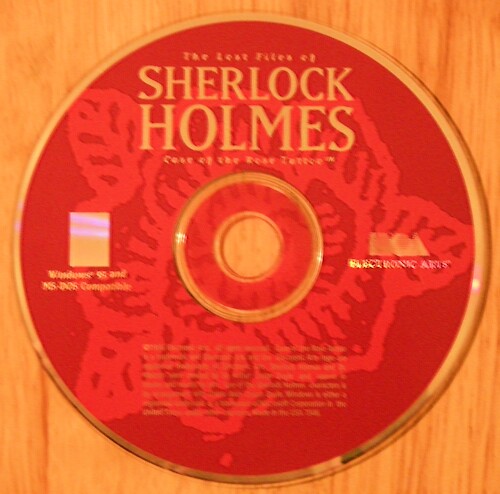 The Game
Calling all Sherlock Holmes fans. Here is a game that you simply cannot be without.

In 1996 Electronic Arts followed up its earlier Lost Files of Sherlock Holmes: The Case of the Serrated Scalpel with a newly-discovered "lost" case. It is nothing less than a novel-sized mystery story crammed onto a single CD.

What sets this game apart is the breathtaking complexity and quality of writing. This is the longest adventure game I've ever played, notwithstanding its single-disk format. This story has the depth and density of a good mystery novel. Everywhere in the game the writing shines, from the overall plot and characterizations down to the very descriptions of objects and places in the game. In fact, the descriptions of the various elements in each new scene were so diverting that I found myself, generally an impatient gamer, really slowing down and enjoying the slower pace very much indeed.

The story begins with Sherlock's older brother Mycroft getting severely injured in an explosion at his stuffy club, The Diogenes. At first, Sherlock is so distraught about his injured brother's condition that he doesn't have the strength or the will to investigate the explosion. Therefore, in a delightfully unexpected twist, the game begins with you playing Dr. Watson. The good doctor has the job of doing a bit of preliminary investigating, in an attempt to gather enough evidence to coax Sherlock out of his funk. Once you succeed in this task, the point of view reverts permanently to Sherlock.

Throughout the course of the investigation you interrogate, interrogate, interrogate. Holmes and Watson interact with a veritable kaleidoscope of characters. This is not a game for those who dislike conversation in a game. Happily, the voice acting and the writing are first rate. The story gets more and more complicated as you go, involving everything from kidnapping forgery to treason, espionage and heads of state.

Along the way in this game there are many highlights. Recreating a murder that occurred next to Cleopatra's Needle in the murky fog of the Thames was riveting. Plus you get to have lots of fun with animals: a trained monkey, a remarkably talented tracking Airedale, birds and an Indian mongoose. You also have to get really good at darts, and learn and teach a billiard trick. And I haven't even mentioned the fun you get to have with Sherlock's chemistry set. Or the side trip out of town to rescue a kidnapped little boy. Or the interviews with Queen Victoria . . . or even the interview with Kaiser Wilhelm II!

Navigation is facilitated by an absolutely beautiful map of London. The more people you talk to, the more clues you uncover, the more locations are opened up.

The game has a brilliant feature to aid in the investigation: Watson's journal. Dr. Watson is an indefatigable scribbler, and he takes down literally every word of every conversation that takes place in the game. The journal is accessible at virtually any point in the game, and here's the beauty part: it's searchable! This is an amazingly helpful feature in a game that features so many different characters and locations.

I am often an impatient gamer, but the terrific writing in this game made it a pleasure to take my time. Each location is beautifully detailed and very entertainingly described.

This is a stunningly detailed and complex story, fabulous variety of locations and characters, superior writing and game construction. Not to be missed, event today. 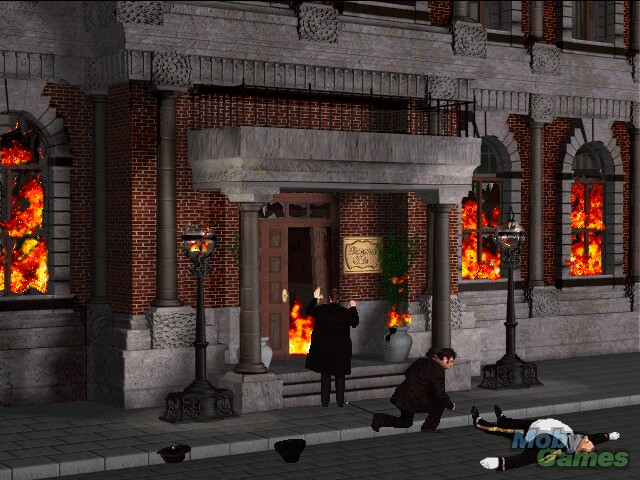 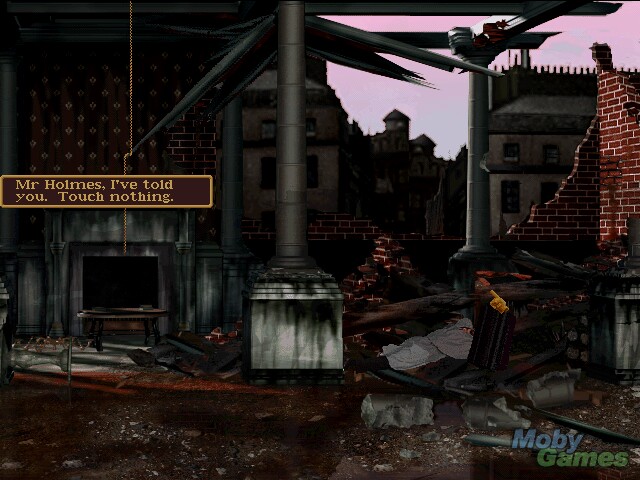