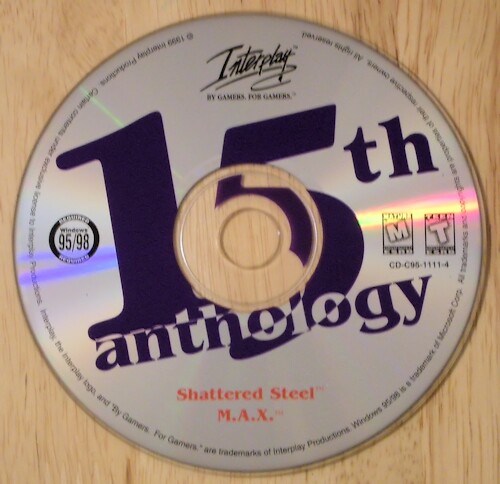 The Games
Shattered Steel
Shattered Steel is chock full of Mechs, known as planet runners in this game, ready for an extended siege or two. Of course, you can't just wander around blasting things without a good reason; like replenishing your oil reserve, for example. And Shattered Steel is no exception. Some time in the future, mankind has begun to colonize other planets, mainly after making such a complete mess of Earth.

Several mega-corporations have sprung up, claiming planets, and mining them for their resources. And in this ecological unsound future, all is peaceful, except for the odd inter-corporation scuffle.

It's not just a case of running onto the battlefield, and stomping on a few big eyed aliens, though. The aliens are pretty well armed, with a myriad of bio-mechanical machines and weapons, and they come at you in droves. But with your superior skill, you can make the difference, can't you?

The game is viewed from a 3D perspective, similar to that of Earthsiege and Mechwarrior 2, with you sitting in the cockpit of your planet runner, while the aliens generally do their best to be unpleasant. Shattered Steel has a mission based structure, again, like Earthsiege and Mechwarrior 2, each mission having a set number of objectives which have to be completed if you are to advance to the next mission, and eventually to victory. These objectives differ from mission to mission; one minute you may be attacking an enemy convoy, the next you may be protecting your own trucks while they construct a base of operations. And from time to time you are able to choose which mission you wish to go on. And they don't get any easier.

But you're not alone in your endeavors, and this is another area where Shattered Steel excels. While there are a number of solo missions, you will also find that you have a number of intelligent allies working alongside you. If you can hold off the enemy long enough, on some missions, allied dropships will zoom in, and start taking out the aliens with a barrage of lasers and missiles. There are also transports that, can you protect them long enough to finish their task, will drop autocannons around the area. These cannons in turn spin around, blasting anything that comes into their field of vision. The end result of this is that you actually feel you're part of a bigger force, rather than it just being one mercenary against the universe. Just don't make them do everything; remember, you're the one being (virtually) paid.

M.A.X.
M.A.X is all about assault and exploration. Imagine a perfect cybernetic organism, a robot, guided by a human brain, which is kept in a nutrition fluid. This is the world of the M.A.X. Commanders. The known universe is governed by the “Concord”, a loose federation of rivalling powers. Humankind has organized into clans and is waiting on the spaceships of several Concord members to be sent on colonizing missions. Conflicts for habitable planets are fought by automatic units on the surface where M.A.X. commanders guide the units on their mission. The one who succeeds in dominating the planet has the exclusive right to colonize it; hence, this is the aim of the game. There are two ways reach it. First is to annihilate the opponents (this is the old fashioned way). The second is by collecting victory points that are obtained by building ecospheres.

The strategic options based on the abilities and weaknesses of the units are numerous. Basically all players can acquire the same units and buildings but their statistics differ slightly according to the clan they belong to. Depending on preferences, the player can produce different defence turrets, land, water or air units or even spy units, which are capable of disabling or capturing enemy units. It is not possible to conquer enemy buildings. If you want even more, it is possible to upgrade units and buildings in an almost unlimited way. As a weak point is that there is no line of fire or any variance of hit or damage while attacking. Every shot is a direct hit with the same damage, even if the enemy hides behind walls or buildings. The computer opponent is really capable of planning and building his base and he adapts to the tactics of his enemies. It is totally pointless to start a bomber assault on the enemy as long as his air defence is intact; and a bunch of tanks is useless if the enemy has placed mines everywhere since even the surviving tanks will be disabled or captured by his infiltrators.

The design is overwhelming. The colour accents enable contrasts and atmosphere without being offensive to the eye. By choosing a top down perspective on the main window the objects lack some dimensional depth, nevertheless there are some interesting details.

Actions in the game lead to sound effects as well as spoken messages in addition to the written ones in the main window. Both can be controlled or even switched off completely. The game is also backed by sinister background music.

Anyone who likes strategy games will like M.A.X. The virtually limitless ways to customize the game keeps it interesting to play over and over again. 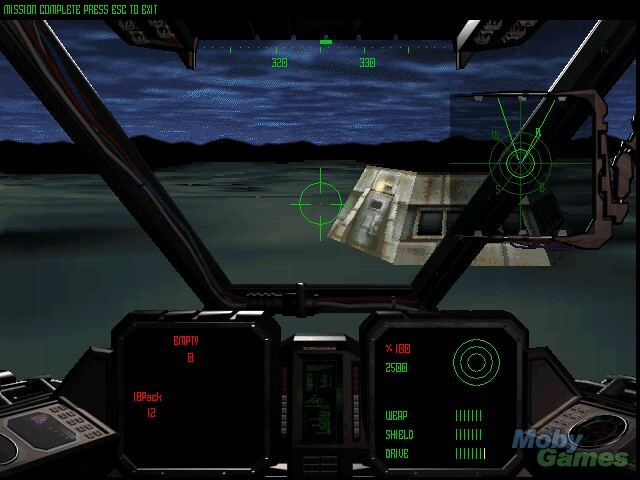 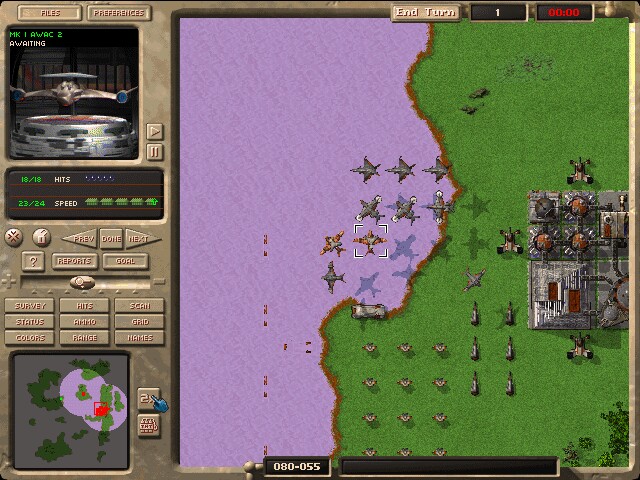