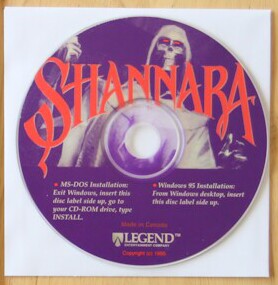 The Game
Released in 1995 Shannara, a first-person, point and click adventure, is presented in a combination of hand drawn graphics and verb text options. The images are relatively static, but well done – particularly the character models. Shannara also has a great deal of dialogue. There is full speech to go with the subtitles, and I found the voice acting to be excellent.

The opening shows the evil warlock Brona being brought back to life through the magical powers of an ancient book. You begin the game as young Jak Ohmsford, son of the man who previously defeated Brona with the Sword of Shannara. In order to stop Brona again, Jak needs to retrieve the sword, now broken, and re-forge it through the use of magic artifacts belonging to elves, dwarves, trolls, and gnomes (none of whom get along, of course).

You're not alone for long. Early on, you are joined by the lovely Shella, and the two of you set out together. As the game proceeds, you are accompanied by several other characters, represented by icons at the bottom of the screen. Each has his or her own ideas and inventories, and interacting with them becomes vital to solving many of the puzzles. I very much liked the "party" aspect of the adventure.

The supporting cast is also vital when it comes combat. Shannara's battles require no quick reflexes or even much courage. In fact, you're advised to run away as often as possible (which is most of the time). When you're finally forced to stand your ground, a turn-based (untimed) combat mode begins, in which you issue commands from a separate menu. The menu hints at complex strategies, but the fighting is very basic stuff, and you'll quickly get the hang of it. Should you happen to "die", you're given the option to retry from the beginning of the fight.

Navigation comes in two forms. When in a specific location, a compass highlights the directions you can move. When moving between locations, you control your party on an overland map, dodging Brona's minions and picking your path.

The puzzles are logical and so well integrated that they really just feel like part of the story – obstacles and challenges to be overcome as a matter of course.

While all these factors contribute to making Shannara a solid experience, the best feature of the game is the writing. This is easily one of the best written adventures I've ever played, which should come as no surprise. In addition to whatever input Brooks had in making the game, the game was designed by Lori and Corey Cole of Quest for Glory fame.

Shannara is a game with a conscience. I found myself caring about each of the party members, which became all the more important as the game wore on, because I was required to make choices that affected them personally. Not only that, but my decisions were called into question – this is no click and forget game. I was accountable; as the leader, I needed to make the best choices for the greater good, and to take care of my friends as best I could. There are subtle branching paths depending on the most important decisions, should you want to replay the latter part of the game for alternate experiences. Ultimately, though, you'll discover that your motives are what is truly important. This level of character development gave Shannara a depth that few other games can rival. 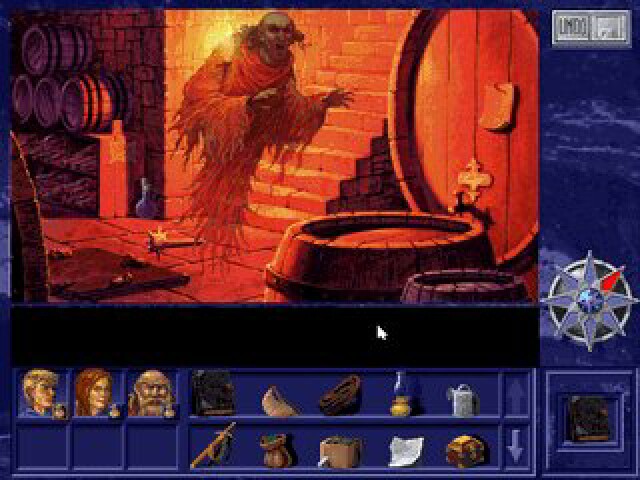 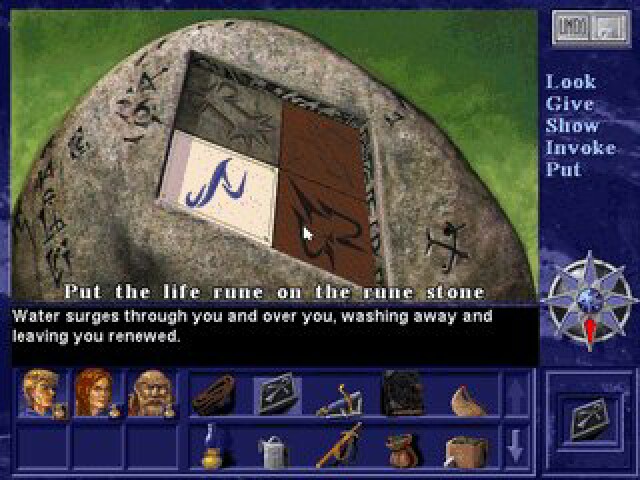 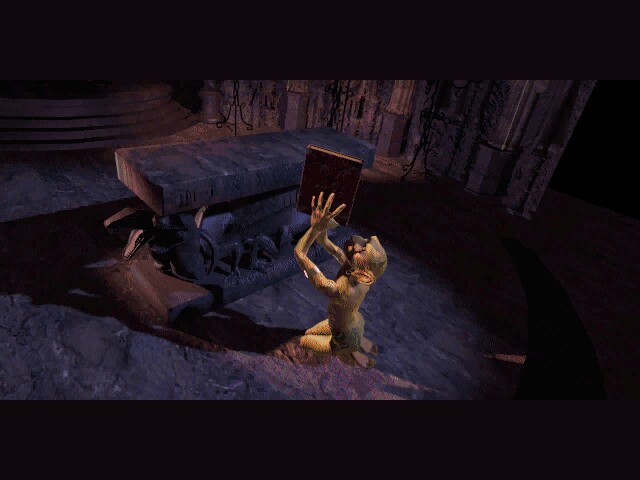