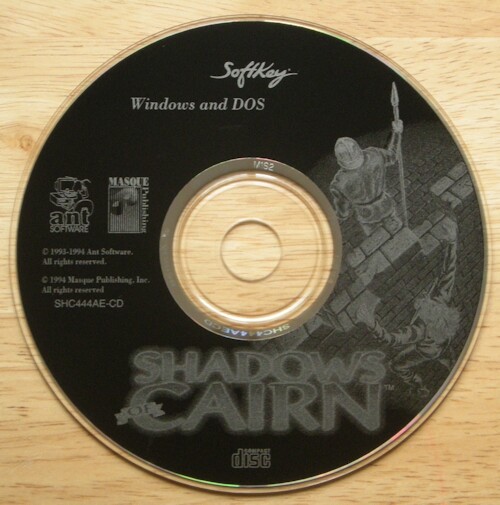 The Game
Shadows of Cairn revolves around Quinn, the apprentice thief, and his trials and tribulations. AQuinn has a problem, however, in that he is too honest to actually steal anything worth value and prove himself to his guild. As such, his guild master sets him up to take the fall for the murder of the Duke of Cairn. After escaping from his holding cell, Quinn must fight and sneak his way through several areas of the tiered outpost city in the mountains of Cairn and prove his innocence and save the outpost from the greedy menace of his former master and associates.

Similar to Prince of Persia, there are two major parts of play in Shadows of Cairn, both of which take place in the game itself. There's the platforming aspect of the game where you must guide Quinn over pits and through obstacles by running, jumping, climbing, and even hiding. There's also the fighting aspect of the game where Quinn has to fight enemies to progress by using an assortment of high, medium, or low punches or kicks. Quinn doesn't enter Fight Mode automatically, so if you want him to fight, you need to put him into Fight Mode. Unlike Prince of Persia, however, there are four difficulties to choose from which make the game easier or harder overall.

The game ushers you along by issuing way points directly under your Compass, showing you exactly where you need to be heading to progress the story. This could be anywhere from a local tavern to a magical tower on an entirely different tier of the city. Due to this linearity, it's almost impossible to become lost in the game or otherwise stuck. This game also has no inventory system, but there are chests scattered around the world which contain useful items such as Medical Herbs or quest-related items such as the Crazy Guy's Rat which progress the story or can be traded for other items such as new weaponry.

As stated, there are four difficulties. In addition to Easy, Normal, and Hard, a fourth difficulty -- "Very Easy" -- exists which allows you to cheat your way through the game by giving you infinite hit points or even making you complete immune to being hit. There doesn't seem to be any drawbacks to this mode aside from the possibility of getting stuck in certain traps which would otherwise kill you immediately.

Lastly, every now and then you'll be treated to an in-game animated cut scene which furthers the story of Quinn. These cut scenes are fully voiced (using tracks from the CD-ROM) and animated, the art style differing slightly from either the cover art or the in game sprites. (The art style is slightly reminiscent of certain Philips CD-i titles' cut scenes.) 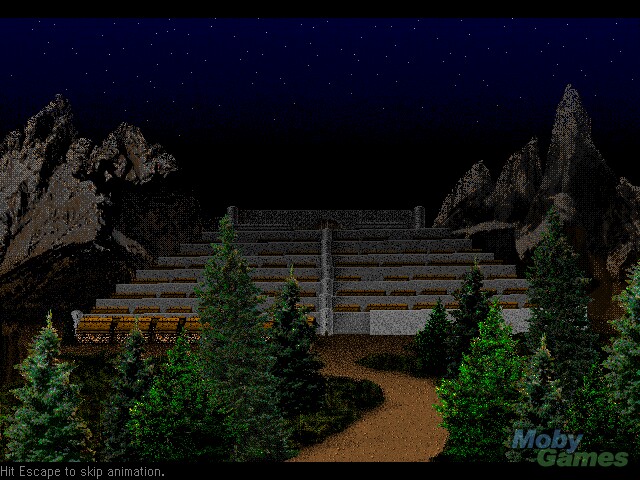 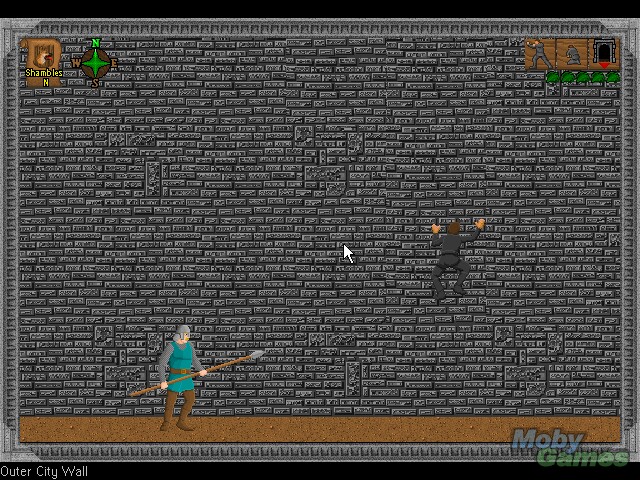