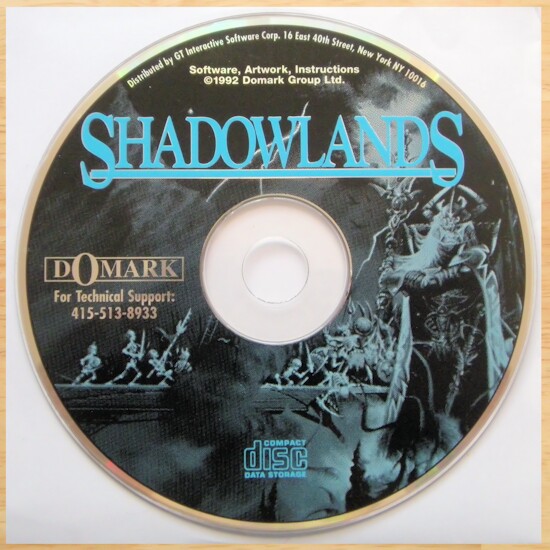 The Game
Shadowlands is a role-playing game that had a unique approach that set it apart from other games of the era.

The Overlord Cthul Tol Anuin released a horde of evil from his dungeon domain, known as the Shadowlands. The good people of the land are subject to an era of relentless pillaging and terror, culminating in the slaying of Vashnar. All hope is not lost, as his spirit lives on. It is your task to reach the dark temple wherein lies an Altar of Regeneration. Vashnar’s remains must be placed on the altar to be restored. Your party must prevail against unspeakable odds. The fate of the land depends on it.

The mammoth quest is good, plain, CRPG fare, but it is the Shadowlands system that is out of the ordinary. The actual approach is that of an offset isometric view from above, and looks similar to the combat and exploration system used in MicroProse’s Darklands, but is much simpler and far more playable.

Each of the four party members can be individually controlled and sent off on their own or in parties with other party members. This totally flexible approach means that several quests can be under taken at any one time, or several different solutions applied to one puzzle at the same time. Combat also becomes very varied, as one can attack multiple enemies, attack from completely different angles or, even set complicated ambushes. This ulti-player approach sounds terribly complicated, but this is not the case. The Shadowlands interface revolves around the main screen and the four character portraits in a very simple manner.

Selecting the Walk leg puts the character into walk mode, and he will follow the cursor. The Lead leg performs a similar function, but when invoked it causes ALL other party members within the character’s line of vision to follow. The portraits also provide other information, changing when appropriate from Action portraits to Facial, Reversed or Skull portraits. In the Facial, the body outline changes to a full face; this means that the party of four has become split for some reason, and that this character is not within the visible range of the active character. When they do come within range it will change to an Action Portrait. This range is relevant as it is only then that the squad mode can be used. The Reversed mode is a further development, meaning that not only is the character out of range, it is also on another level of the game. Skull Mode, as one might expect, means that the character has died and joined the great game master in the sky... The Head mode has two functions, reading and eating, both of which are essential.

Character statistics are well presented, with levels for health, armor, food, water and force, as well as growing experience levels for Combat and Magic. The magic system requires the use of scrolls, and there is a wide choice of spells as the game progresses. Combat is kept relatively short and sweet; Shadowlands does not have the repetitive hordes of monsters found in the SSI games, but there are enough regular punch-ups to keep gamers on their toes.

One of the hallmarks of Shadowlands is the innovative use of "Photoscape", a real-time system that realistically lights all areas of the game world, casting shadows and light. This results in light playing a major role in the game, with areas becoming illuminated (and plunged back into darkness) as one explores. While taken for granted today this was a notable achievement in the early 90s. Many items, monsters and traps cannot be seen without illumination, and light will even affect the behavior of foes and traps (rats for example are attracted to light). Torches, magic and explosions all provide light. Hence, the ebb and flow of darkness during the game gives meaning to the name Shadowlands. Something to keep in mind -- photoscape was created without the help from video hardware! T&L routines, and other GeForce tricks, did not exist in the video cards of the era.

Within the dungeons, some walls might obstruct the view of the party or of essential items. Fortunately, this is dealt with in a novel way, by removing the wall and replacing it with a red line. For all intents, it acts as a wall, but its removal allows greater use of the gaming world and very little lost space.

The puzzles are not that difficult and sometimes the characters’ artificial intelligence is a bit dim. For example, to get from A to B the party must walk around a corner. If one tries the straight line method, they just plow into a wall and stay there until re-directed. Also, when opening doors it is possible to trap a character behind the door as it opens!

These are minor grumbles and really the only ones that can be leveled against Shadowlands. Frankly, its approach and gaming system offer a nice mixture of the familiar and the original. That is no mean achievement. 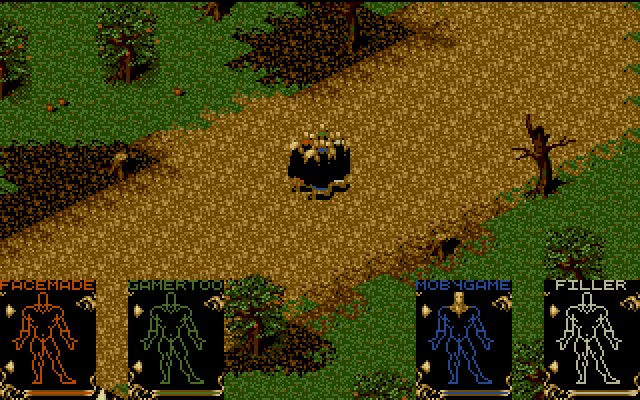 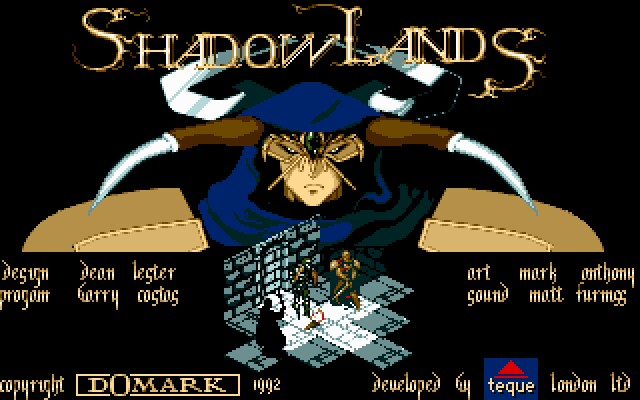