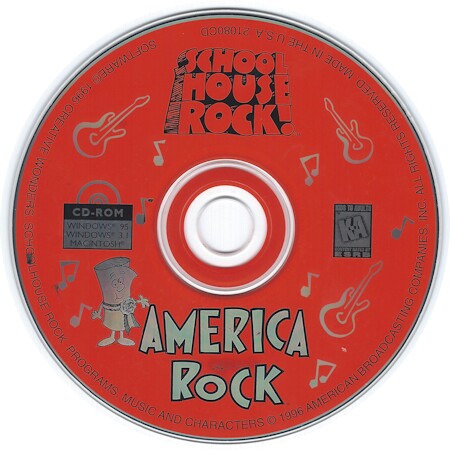 The Game
Schoolhouse Rock: America Rock teaches players about the history and geography of both America and the world while showing them the process required to turn a bill into a law.

Players start out on a 360 degree rolling landscape showing buildings and people dressed out of American history, including the Capitol Building with The White House and the Statue of Liberty. All of the people and places may be clicked on and some show animations, while others contain games. The only way to tell them apart is that the games show a golden aura when the mouse is held over the picture and the animations only show a gold sparkle.

There are six games contained in the program, five that must be played to gain a stamp of acceptance and The White House Bill into Law game that can only be accessed after gaining the five acceptance stamps.

Clicking on the Militiaman and the British Soldier takes players to The Shot Heard Round the World Game. If one player is playing, he or she takes the blue side and the computer takes red. In a two-player game, the second person is red. The object of the game is to move all your men to the other player's squares first. At higher levels, obstacles appear on the board, as well as rabbit holes, but a bridge may provide a shortcut. As players move the figures, they make comments and/or share facts about the Revolutionary War.

Clicking on the train station takes players to the Elbow Room Game. Players must construct a road from Chicago to another point in the west by adding pieces one at a time and answering questions about American history. As long as they answer the questions correctly, they can keep adding pieces until they get to their goal. At higher levels, the goal is further away.

Clicking on the Statue of Liberty takes players to the Melting Pot Game. Here players click on one of the people in the city and must retrace the immigrant's steps to the United States. Players must also stop at all the intermediate points along the way, using a compass-like cursor and pushing the central button to stop. At the higher difficulty levels, players will have to visit more nations or actually find the right cities to win.

Clicking on the house with the telegraph wires takes players to the Mother Necessity Game. Here, players must play a hangman-like game to win. Instead of typing the letters, players must either use the telegraph machine to type the letters in Morse Code or the period and spacebar to reproduce the dots and dashes. Players must decipher either two inventions or two inventors from the given clue to win from eight possible chances.

Finally, with all five approval stamps, players get to start their bill on the road to becoming a law. Players roll the dice to move around the board. Landing on one of the pictures will either send your bill back a few spaces or make you lose a turn. Players must make their way through the loops from the House of Representatives to the Senate and then on to The White House. The player who makes it to the President first and has his or her bill signed into law wins. 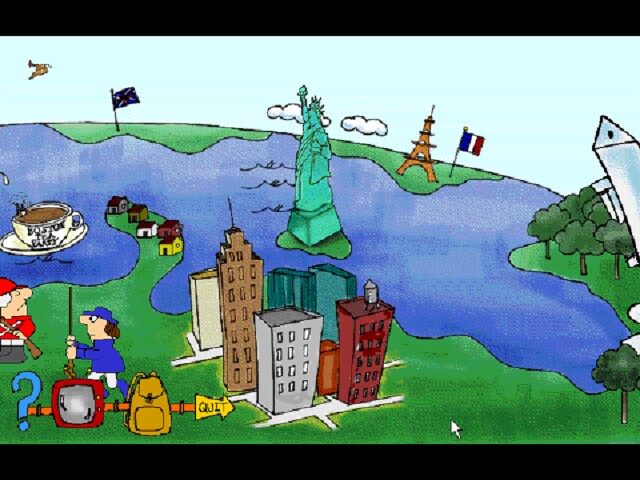 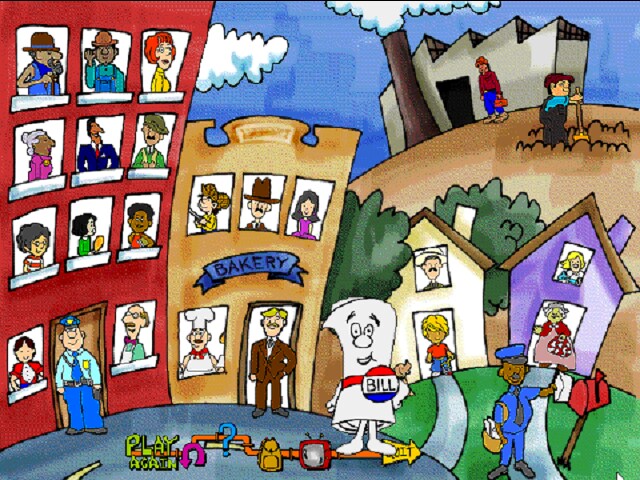 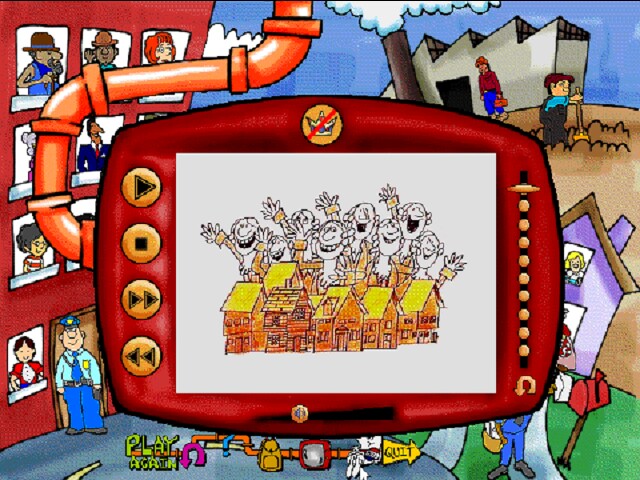