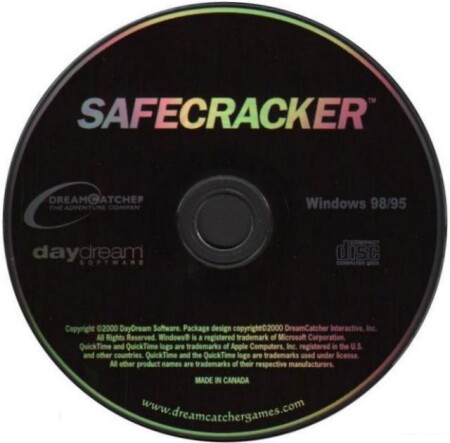 The Game
"Puzzlemania" perfectly summarizes Safecracker. If you are looking for a change of pace from regular story-driven adventures and really want to see how smooth your puzzling skills are, then this just might be your cup of tea.

You, my friend, are in search of a job and have been asked to interview for a position with Crabb & Sons Safe Company. The interview process is all about your abilities, the ability to crack the many safes in their mansion, and the ability to do it within 12 hours. Ultimately your contract for employment is contingent upon your retrieving the contract out of the master safe. Are you up for the challenge?

For those of you already panicking at the thought of timed puzzles, you can breath a little easier—there is only one timed puzzle at the beginning of the game; the rest of your gaming involves only the time frame for you to get hold of your contract. The time you are allotted will allow you plenty of leeway to investigate and look around the building, which is quite extensive. There are numerous things to look at and pick up, some red herrings and others for use in puzzles, but clues are everywhere.

The puzzles were almost always related to safes, and they ranged from easy to some pretty difficult hair pullers. One of the nastiest puzzles is a sliding tile puzzle at the beginning of the game, but those of you who fear to tread in slider territory take heart—the creators of the game have given the fearful a life rope if you can't solve it. You'll have to give it the ol' one-two before getting out of it. A couple of puzzles were solved through sheer luck, but most were solved through logical deduction and a little bit of pen-and-paper work.

One thing that impressed me about the puzzles was the ingenuity and creativity of their designs. They kept the game from getting boring, a difficult feat to pull off in a purely puzzle-driven game.

While working on cracking the safes in each room, I encountered a host of different music selections that varied according to the feeling of the room. The game does have a feature to turn off the music if it is too distracting, but it already stops automatically when a safe is being worked on. This little detail was a big plus in my book.

The graphics are pretty good overall, but they don't get a perfect rating. The designers, while thoughtful in the decor and obviously well-versed in art history, failed the "gamers need to be able to see it and read it" test. I felt that there were times I really could have used a magnifying glass. Additionally, the game area is framed, so I didn't have as much freedom to look up and down in certain areas as I would have liked, and at times this was a source of frustration for me.

The inventory system in the game is easy to access, as it is visible at all times. Some people may find that they will have to make adjustments to the graphics acceleration if their processor is too fast; otherwise inventory-scrolling will zip from A to Z without stopping for all of the middle stuff. Unfortunately, my computer was too fast even after adjusting the acceleration to "none"—the alternate technique is to use a short, quick click on the scroll arrow, which helped at times.

Winding my way from room to room, floor to floor, it was easy to get lost in the sea of rooms, but getting to my contract was worth all the hard work.

For people interested in a story-driven game, this is not the one you are seeking, but if you are looking for that change of pace or are just in a puzzling mood, then give this one a try. I think you'll find it fills that craving for logical fun. 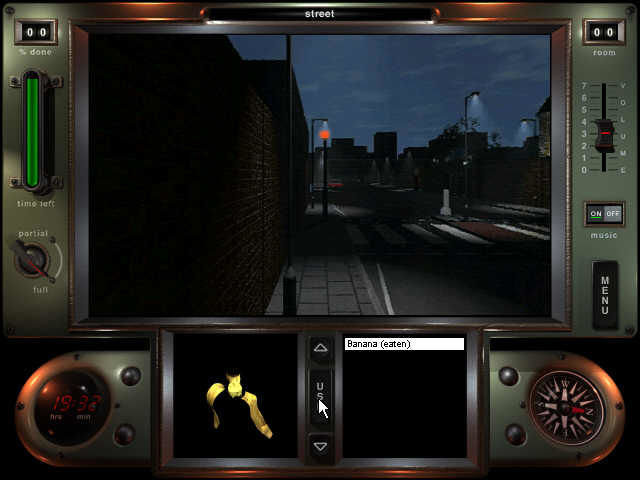 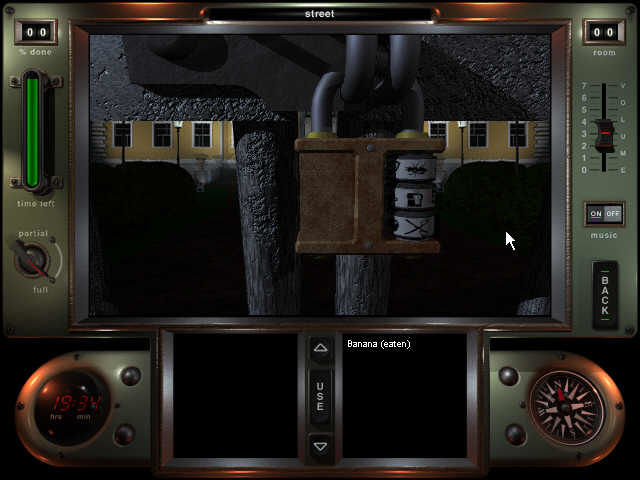