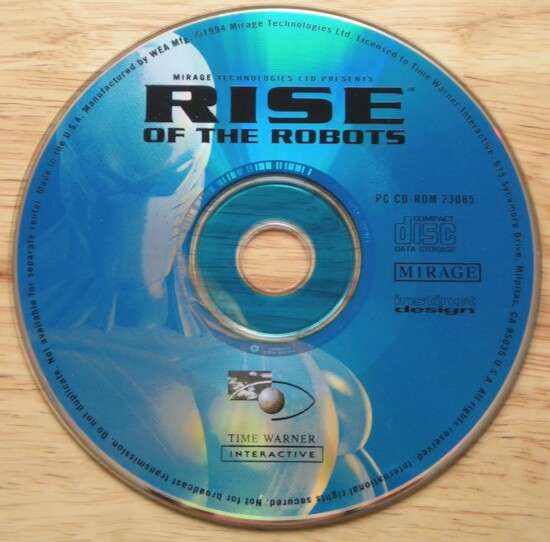 The Game
Rise of the Robots brings us into an ultra-modern futuristic world where sophisticated technology has permitted man to create all sorts of robots to do the most difficult of tasks. Evidently these robots are, above all, submitted to man and must remain servants to society.

It is in the city of Metropolis 4 that we find the largest producer of robots, Electrocorp, where the problems appear! In effect, the production complex of Electrocorp is completely controlled by industrial androids and management is maintained daily by a polymorphic android supervisor. The supervisor is unique and has successfully operated Electrocorp for many months. Until one day, an extremely pernicious Ego-virus infected him altering his behavior programming and creating a violent psychotic personality. He is now preparing to reprogram all of the factory's robot workers to submit them to his great desire... to destroy the human race.

The best way to stop them is you. You are a human cyborg, the latest product of Electrocorp's Sci-Bio technology. Designed for hand combat, you are perfect for fighting in sensitive areas where we would not want to use firearms because they cause too much damage. Your adversaries will be all the robots from the factory who will be on your trail. The closer you get to the supervisor the harder it will be to win your battles.

The main principle of the game is simple: you will have to win many battles before you can confront the enemy of the human race, the supervisor. Each robot, including yourself, has particular differences involving their strength, weaknesses or the types of kicks and punches that he can play. Your strength is your intelligence and your agility, while your weakness comes from the fact that you are human and therefore are less resistant and subject to fatigue.

Take note, the main battles in the game use an artificial intelligence system, specially made for your computer controlled adversaries to be able to study your movements and adjust their strategies to beat you. The game permits you to practice against any robot and even to choose your own combatant of your choice with the exception of the supervisor. It is also possible to play with two players. One of the players uses the keyboard while the other uses the joystick. The level of difficulty can also be set.

The graphics are particularly well done for a combat game. The movements flow freely, but it will take some time to learn all the special blows and movements. 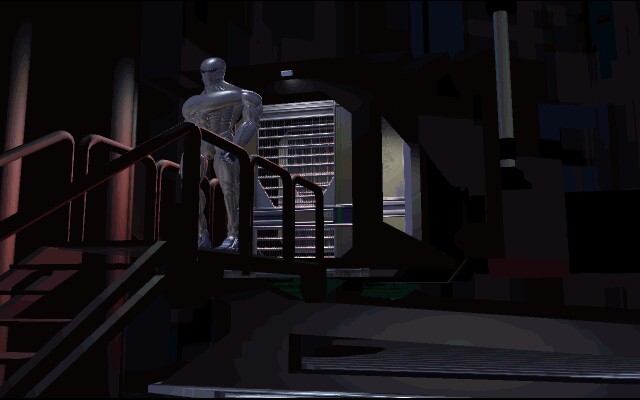 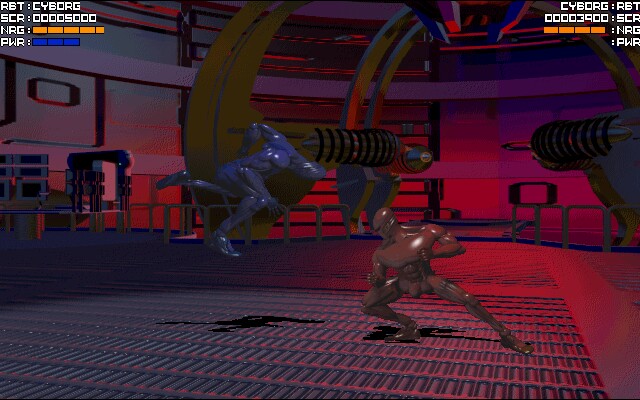