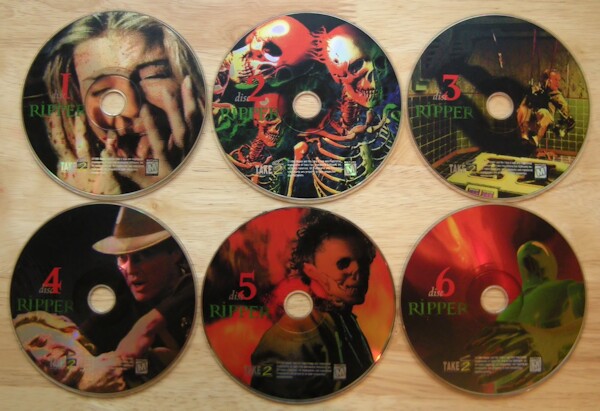 The Game
"My editor, Ben Dodds, called me at 3 a.m. to give me the news. It was a woman this time -- the third victim. Of all the reporters in this city, the Ripper picked me to write to. I knew that another mad letter to the city was soon to come, and I would run it on the front page of the Virtual Herald. I would let the world know the Ripper had killed again."

With these few words starts Ripper, the best title the company ever produced at the time. During the full motion video introduction that obviously sets the mood of the game with its dark and tense atmosphere, the music from the band "Blue Oyster Cult" is no coincidence. The references to the Reaper in the song, undeniably induce a connection between the Reaper and Jack the Ripper, one of the most famous criminals of the 19th century. Such an introduction won't leave you impassive, and whatsoever you feel, it will irresistibly entice you to play the role of Jake Quinlan, a crime reporter at the Virtual Herald working on the Ripper case.

Being the only person the Ripper was writing to, through electronic transmissions which is now common in the 21st century, had the major inconvenience that the police were suspicious, and with detective Vincent Magnotta on the affair, your investigation soon turned out to be a little more complicated than expected.

As soon as you arrive at the crime scene where the third victim was shredded by the Ripper, you are struck by how aggressive Magnotta is. His deliberate intention of keeping you from grabbing essential information on the case will go as far as destroying evidence in front of you. Evidently, Vincent Magnotta has a temper, and who else could better interpret this strange character than the enigmatic Christopher Walken?

Basically, Ripper follows the trend initiated by "The 7th Guest" and other similar games. Each location features one or several possibilities of movement that are accompanied with an animation that puts you in place of the character. Unlike "The 7th Guest" where the camera views were almost constantly horizontal, the animations in Ripper have partially integrated the movements of a person walking around. While moving about, your view will go slowly from left to right for example, as if you were turning your head to look around. Without radically bringing something extraordinary to the genre, it gives a greater depth to the 3D environment, thus strengthening the realism of the scenes.

The interactions with the environment are of two types in the game. In the first, more like 2D classic adventure games, you must explore the various locations, examine objects, find clues and solve puzzles. The second type concerns the dialogues with the numerous characters you can meet in the game. As in "Under A Killing Moon", characters appear in the various rooms that you visit. Should they be on the phone, waiting behind a desk, or even training in a gym center, you will see them animated on the screen while you can still explore the rest of the room. Placing the icon over the character transforms it into a skull which means you can ask questions. If you click on the mouse, a choice of questions will be displayed below the character and each question will bring up a video sequence. The questions can be selected independently of the others as the answers have virtually no influence on the progress of the conversation. Only at rare moments you will have to decide between two attitudes to adopt, leading your interlocutor to different reactions.

During your investigation, you will inevitably stumble across objects and puzzles. When there will be something of interest, your icon will become a magnifying glass, and clicking on it will bring a closer view. If you encounter an object you can take with you, your icon will shape into a grabbing hand. If however, it turns out to be only something you can scan with your WAC (a hand-held laptop computer), you will have a small laptop icon instead. The objects will be placed in your inventory to be used later, and what was scanned will be stored in a database you can check at anytime.

Ripper features many puzzles based on reflexion, but also on your observation skills. Some puzzles will even have you compete against the computer AI like in the "11th Hour". Although you can change the difficulty from easy to hard, and medium, I found the puzzles to be sometimes confusing as I didn't have any clue on how to solve it. There are no in-game hints available, and even switching to the easiest level will probably give you a hard time with some of them. Still it is really entertaining, and will have you coming back again and again to give it another try.

But Ripper has more to offer than 3D rendered animations, puzzles and full motion videos. The game also contains arcade shooting sequences similar to what you can find in "Wetlands" or "Rebel Assault 2". These scenes only found in the cyberspace, require precision and agility to succeed. You will be given unlimited tries as you won't die if you fail.

As your investigation progresses, you will reveal clues and evidence that will point out to a series of suspects. It will be difficult to make a choice as you must be aware that some characters might deliberately try to mislead you. The end of the game will be the final test where you and the four suspects will be trapped in the cyberspace, in a virtual representation of the White Chapel neighborhood back in London of the 19th century. With only one chance to shoot at the Ripper and three to die, saving your game before the final encounter will be extremely wise.

Ripper was a successful release due to its combination of adventure, suspense and drama. The interface is well-designed, allows many save games with a screenshot and a description, and the possibility of selecting the difficulty for both puzzles and shooting sequences is a brilliant idea! 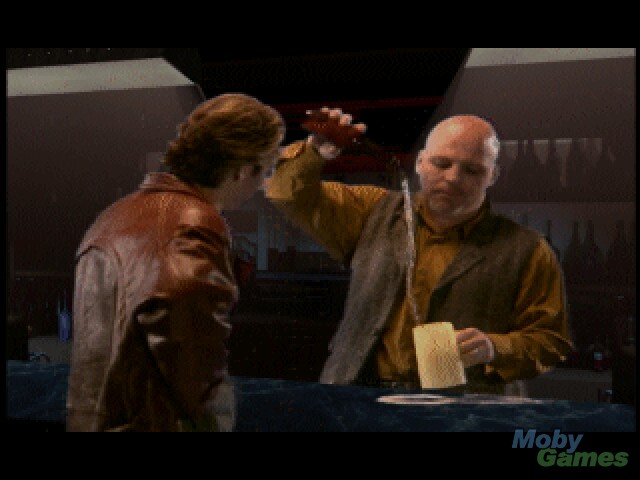 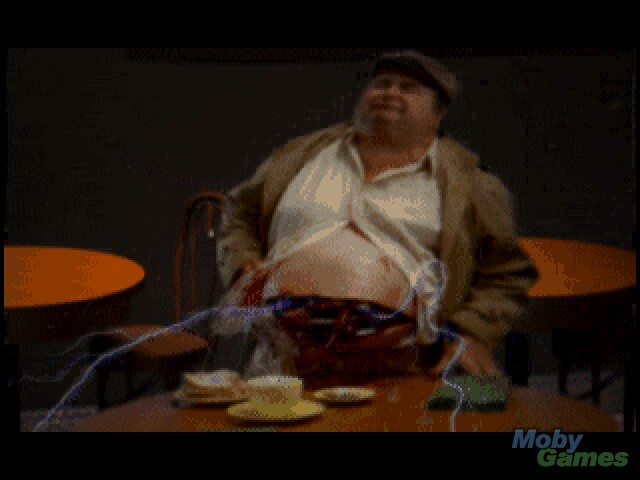