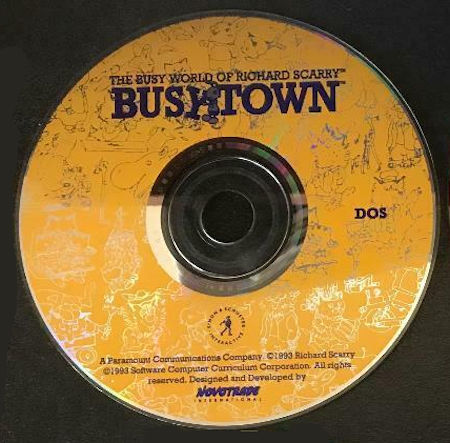 The Game
This game takes place in the fictional world of Busytown, originally created by author/illustrator Richard Scarry for his educational picture books. Busytown is populated by cartoonish animals many of whom have typical and specific jobs in Busytown: policeman, fireman, schoolteacher, etc.

Huckle Cat and his friend Lowly Worm star in this point and click game, often taking the place of the cursor during game play. From the main page - the town map - the player can select any location in the Busytown neighborhood to participate in an activity appropriate for that location. These include:

The See-Saw - balance characters on a see-saw according to the numbers they are labeled with; an 8 on one end and a 5 and 3 on the other, for instance

The Fire Station - follow the instructions and a star-shaped "gleam" to load the fire truck, then put out a house fire

BusyTunes - play the jingles and songs and watch animation from each neighborhood location on the jukebox The educational focus of Richard Scarry's Busytown is primarily on reading, as words for many objects in the game are given whether or not the activity on screen actually involves reading. Other early childhood skills covered are counting, shapes, adding and subtracting and following directions. 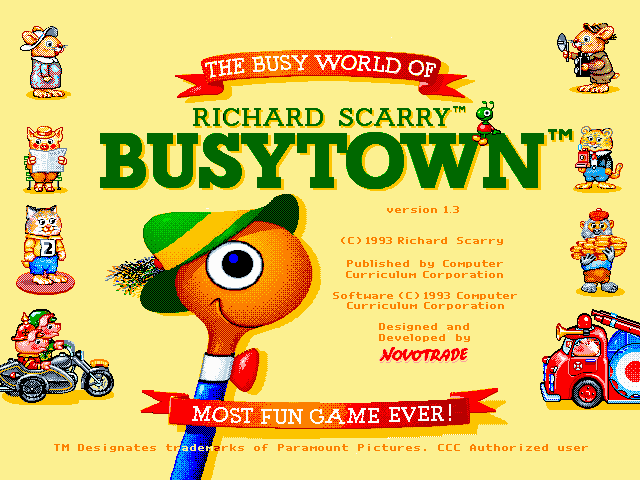 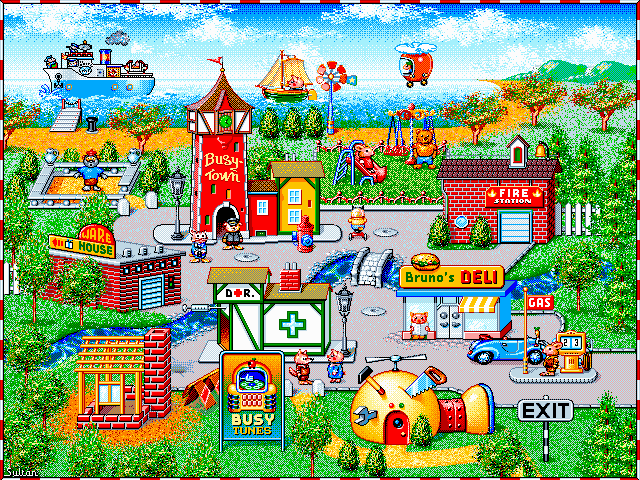 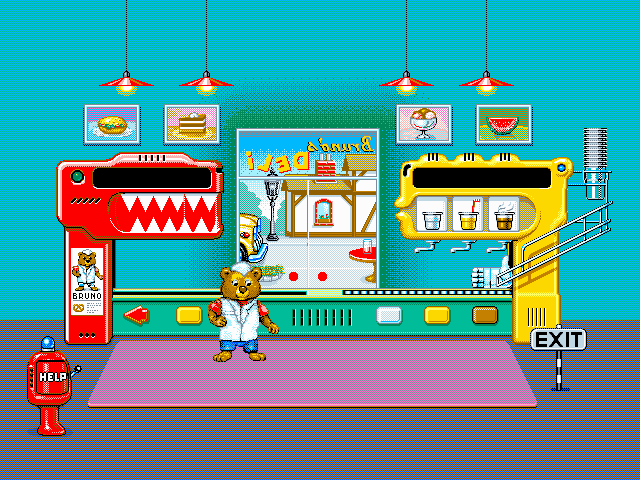 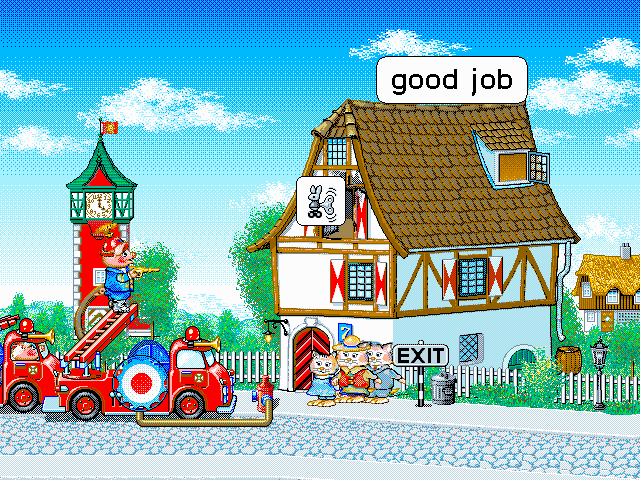 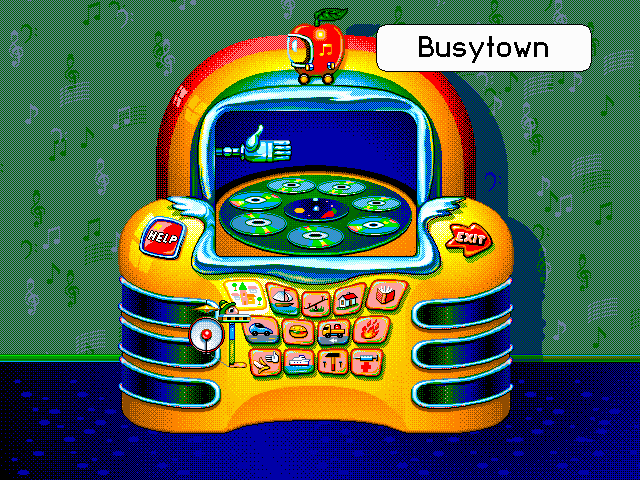