The Game
Your ship is disabled and many of the races of Known Space want you dead, silent, or at least out of the way Your task is to get the ship running, get safely to the Ringworld and figure out what is going on. As the program starts, you wake up and get dressed. From that point on, you're on your own. Have a nice day.

Thus begins Return to Ringworld. Ringworld 2 is a fairly typical science fiction adventure game that is distinguished by being set in Larry Niven's Known Space universe. The game is chock full of puzzles of many varieties, has a decent storyline, and is generally enjoyable to play.

Ringworld 2 begins at the point where the previous Ringworld game ended. I have not played Return of the Patriarch and so cannot compare it to Ringworld 2. However, not having played the prior game does not impede playing the sequel. The brief manual provides a synopsis of Patriarch and the characters in Ringworld 2 engage in a conversation that does a very nice job of motivating the new game from the endpoint of the previous one. In addition, there is a computer onboard your ship that contains a database that is filled with detail about the races, planets, artifacts etcetera that populate Niven's Known Space. This is an excellent idea because it quickly introduces players unfamiliar with Niven's books to a universe that is rich in both content and detail. It does, however, place a heavy reading load on the payer at the beginning of the game. There are clues to several puzzles buried in the database and thus it is a good idea to devote one of your save-game slots to keeping a position from before the point at which you leave the ship.

The interface is a joy. You are provided with the basic adventure game functions such as Walk, Talk, Look and Use. Each is indicated by a different cursor and can be accessed by either a mnemonic keypress (e.g., "L" for Look) or by right-clicking anywhere onscreen which produces a graphic menu. All of these functions work easily and well. When in Look mode, pointing and clicking on any area of the screen produces a response. Sometimes you get a generic description of the scene but many features in the environment have unique descriptions. The narrator has a James-Earl- Jonesish voice that is easy and pleasant to listen to. Sound effects are very good (I especially enjoyed the deep thrumming of the ship in the early stages of the game) and the music is varied and not annoying.

You have a party of three individuals at your disposal: Quinn, a male human "problem solver", Miranda, a female human engineer, and Seeker, a male Kzin (a race of large cat-like beings) pilot. With the notable exception of Miranda, the voice actors are professional and competant. Miranda is supposed to be somewhat abrasive and this, combined with the, at times, excruciatingly amateur level of her vocal characterization, results in some very annoying interchanges when Miranda is a participant.

The puzzles are many, varied and fair. This is one of the real strengths of the game. Most of the puzzles only have one solution. This means that sometimes you will spend time trying to achieve a solution that should work but does not. In addition, the distribution of puzzle types throughout the game is a bit uneven. There are a number of mazes in Ringworld 2; some of them are three-dimensional and some are quite clever. I don't mind mazes but I found myself cringing when I encountered the third or fourth maze in a row.

Ringworld 2 is strong where it counts. The story is interesting, there are lots of puzzles and the puzzles are fair. The graphics, sound and voices generally enhance the playing experience and the interface is very well designed. If you like 90s SF adventure games, you'll enjoy Ringworld 2. 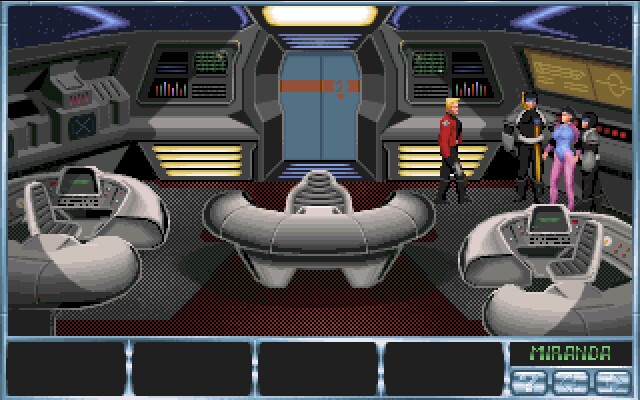 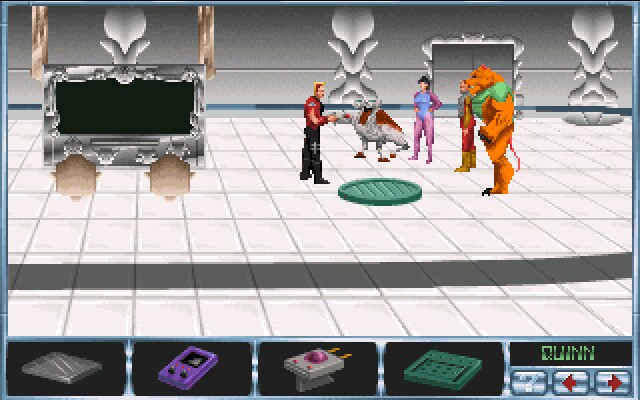