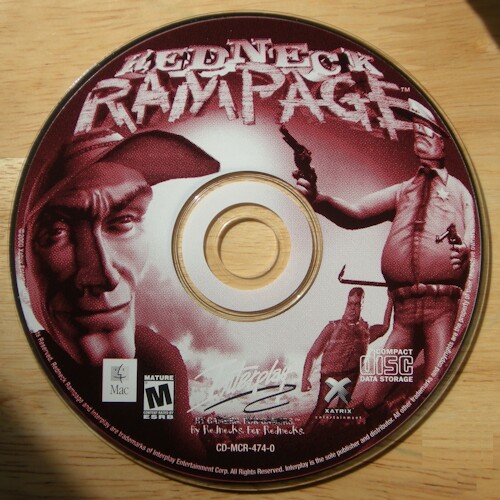 The Game
By the late 90s it seemed that publishers had shipped every possible variant of the first-person 3D shooter. That is until 1997 when Interplay pulled the genre from the swamp.

And they did it with redneck jokes. Redneck Rampage uses the Duke Nukem 3D engine with a low-concept theme - invading aliens are cloning backcountry hicks - that could have very easily fallen apart. But Redneck Rampage works on several levels - as a shooter, adventure, and humor title. This is a clever, fun, and challenging game with great characters, crisp sound effects, and inventive gameplay.

The backwoods deep south is near-universally the butt of jokes, and the game delivers them through the perspective of Leonard, the game's rampaging hero. In the opening scene, the Jim Varney-lookalike cocks his pistol and says he's "out to open up a can o' whup ass." His goal is to kill off the aliens who snatched a pig right out of the bed of his pickup and, it turns out, are starting their invasion of earth by cloning the moronic local folk. The aliens in the first few levels are chirping, feces-flinging gremlins, while the local yokels greet you with shotguns and rifles. Vicious dogs attack without provocation, with the exception of one mutt that remains frozen in mid-leap until you get his attention with a bullet or crowbar.

The tabloid alien-abduction plot is nicely paired with plenty of splatter and gags. The player sends Leonard into a sewage treatment plant, dairy, junkyard, mobile-home park (complete with a nasty tornado problem), and other locales. He must find the skeleton keys that help him work his way to the nose-picking, crotch-adjusting Bubba and whap him upside the head with a crowbar to complete each level. Our hero's arsenal includes weapons such as a scattergun, a dynamite crossbow, and a gun that launches ripsaw blades. Thanks to the Build engine, he can blow up cows, trash jukeboxes, smash windows, and generally leave destruction in his wake, just as Duke could.

The game's humor works. The designers invested the time to load Redneck up with endless little in-jokes and details - the game is a rich, twisted parody of the deep south. Moon Pie snacks become Cow Pie power-ups, and Leonard has a repertoire of post-killing punchlines such as "You plays with the bull, ya gets the horns." Other touches of humor are more subtle. If Leonard dives into a well and swims along an underwater tunnel, he'll come up for air in the outhouse. Health is restored by drinking moonshine and cheap-ass whiskey - but watch your intake! Too much 'shine and you'll be lurching out of control. While Leonard can "take a quick pee" to sober up a bit, more obvious scatological gags fall flat - including the straining, splashing sound effects that start up whenever he nears a toilet.

Farts aside, the game's sound effects are sharp, from the echoing crack of an automatic rifle report, to the crash of pins in the bowling alley, to Leonard's painful "ow!" when he's hit or bitten by a giant mosquito. The Reverand Horton Heat pumps out of jukeboxes in several parts of the game, and Mojo Nixon and The Beat Farmers are included on the game's soundtrack.

While shoot-outs are fun, a strong adventure element underscores the gameplay. Leonard must open fridges, run machinery, climb hidden ladders, and ride concealed elevators. The player can easily get stuck, wandering endlessly in search of the well-hidden key that will open a door and advance a level. I

Redneck Rampage was a fresh, funny, inventive take on an aging formula. If you liked Duke Nukem, another popular game of the era, you'll find Redneck a hoot. 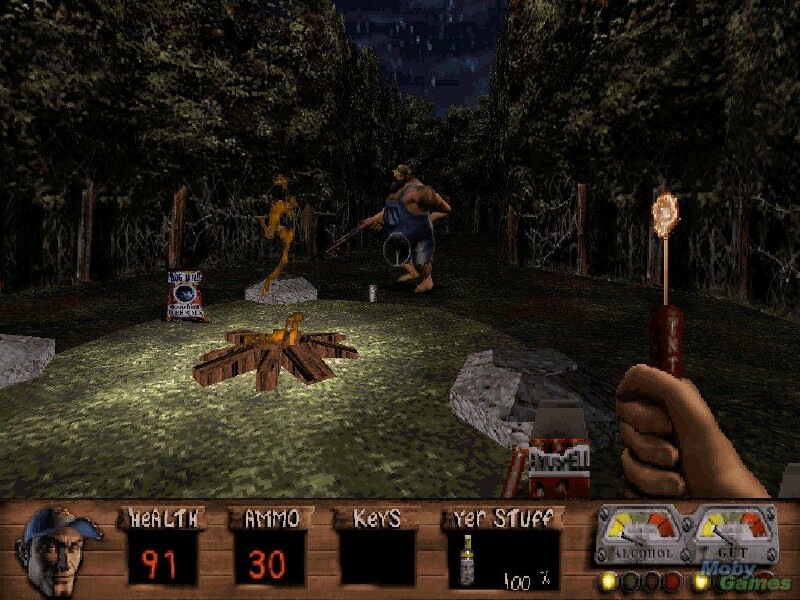 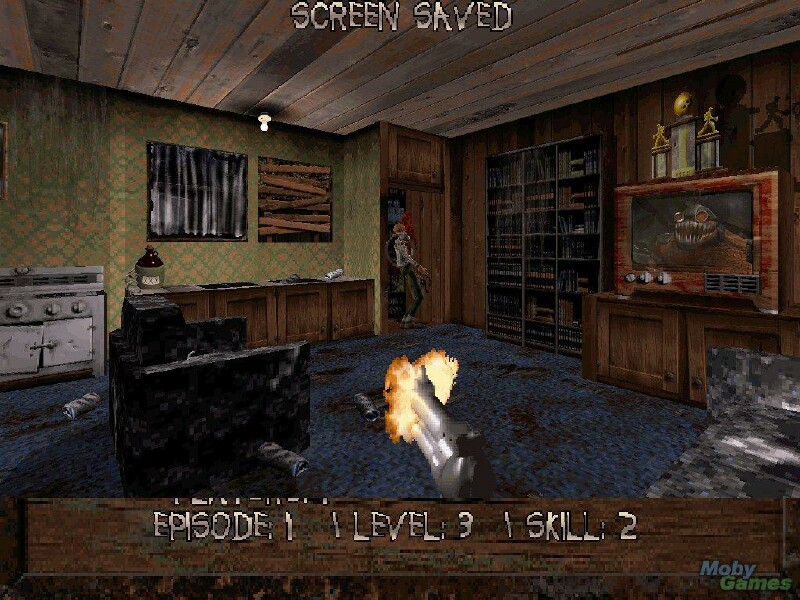 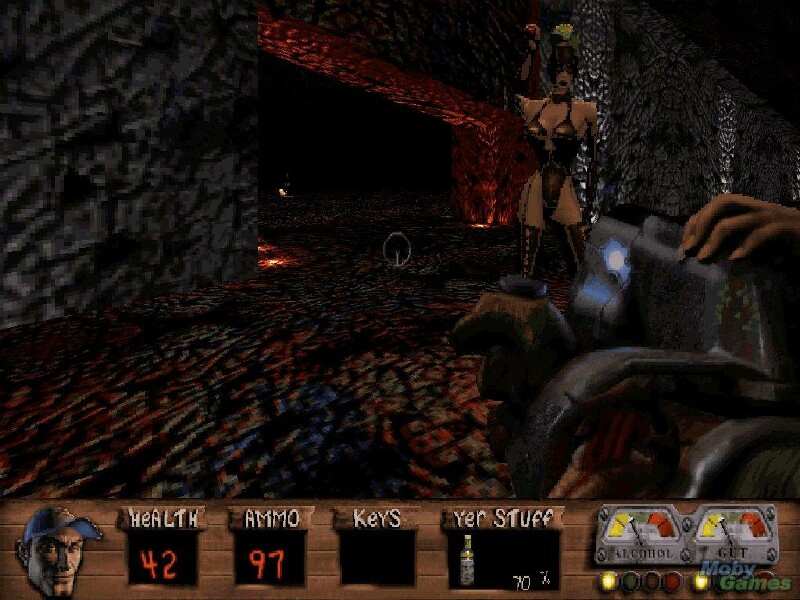