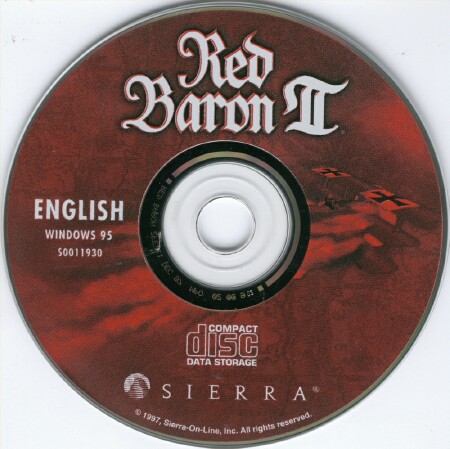 The Game
Red Baron II has solid solid graphjcs and the rolling green hills of the French countryside offer a nice alternative to the all-too-common desert terrain found in 90s era jet-fighter sims. Flying over towns is exhilarating and shooting ground targets is just as fun, if not more, than your traditional dogfighting: there are tents, bunkers, barracks, factories and aerodomes all waiting for your bullets. The planes themselves are nicely modeled and pretty enough to inspire the use of the outside cameras even when you don't need them. Turning your head produces changes in sound based on the position of your ears: you'll hear your engine, air-raid sirens, explosions from ground fire, church bells, and during hard turns the creaking of your wings and your pilot's own grunting. Apart from the solid graphics, sound and terrain, a number of small details will continue to crop up even after days of play. Once my plane caught on fire and my pilot (on fire as well) jumped out of the cockpit and screamed to his death. Another time I crashed and a Red Cross truck came and pulled me from the wreckage.

Next up, playability. The absence of radio communications, the limited flight instruments and the rudimentary weapons in WWI planes makes Red Baron II one heck of a game. Everything becomes a lot more personal. After clocking more than 40 hours, I am still unable to withhold verbal taunts and shouts each time I put the bead on an enemy plane. Dogfighting is just not as fun in a jet fighter with computer controlled weapons and blazing speeds. In a Nieuport 17, on the other hand, you can fly right up to your opponent and see his square computer-generated head before ripping holes in his plane one wing at a time, eventually sending him to his death. If you're lucky, you'll even be able to circle back and watch him crash and burn.

In a WWI combat sim, the view system is extremely important. No radars on these babies! The recently released Red Baron II patch includes 20 lockdown views (nope; no snap views), six outside cameras, and a flexible slewing mode. The lockdown views in the initial release were a bit of a disappointment -- there were blind spots all over the place and you couldn't look up. The patch fixes all this: no more blind spots, plenty of views. With the exception of the target and follow cam, I found the outside cameras very difficult to use for dogfighting, though quite useful for locating enemies, navigation and beauty shots. The slew cameras are the most flexible and the most valuable for combat. They work in two basic ways. You can press and hold the Enter while using the joystick to move your head in any direction you choose, or you can select a target (friendly, enemy, object or landmark) and then press a key to automatically train your view on the selected target. It takes some time to learn to fly your plane while looking in another direction, but once you get it down, it works quite well.

And now, to the realism. While every plane you can fly in Red Baron II has a unique flight model, I have seen historical specs that might suggest the modeled planes are not accurate representations of the real thing. Like all historical "facts," however, this is actually an issue of interpretation. In an attempt at accuracy, Dynamix designers reportedly consulted not only the plane's spec sheets, but also pilot testimony and the visual evidence of WWI flight films. All things considered, flight models for these planes is a guessing game -- educated guesses, but guesses nonetheless.

The issue of realism doesn't stop there, however. For Red Baron II models more than just planes. The sophisticated dynamic campaign system -- which creates missions based on historical detail -- contributes to the realism and, for the most part, it does seem on target. If you fly as an American before the Americans entered the war, you must sign up with a French squadron. Planes like the Fokker Dr.I don't make their appearance until the historically appropriate moment and you will certainly recognize some legendary pilots and their planes. The enemy A.I. seems realistic as well. Some pilots seem less than skilled and over-cautious; others are courageous aces with a chip on their shoulder. Considering that so few WWI pilots made more than two or three kills in their career, it makes sense that most wingmen are not gung-ho aces.

All told, Red Baron II was a crossover title to introduce the casual gamer to the wonderful world of simulations back in the late 90s. Easy to learn and use, but challenging to master, this totally immersive experience will not only create interest in the historical situation it represents, but provide months of gameplay. 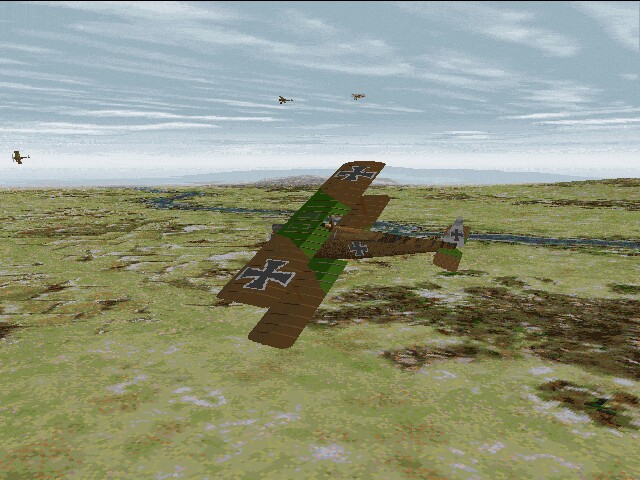 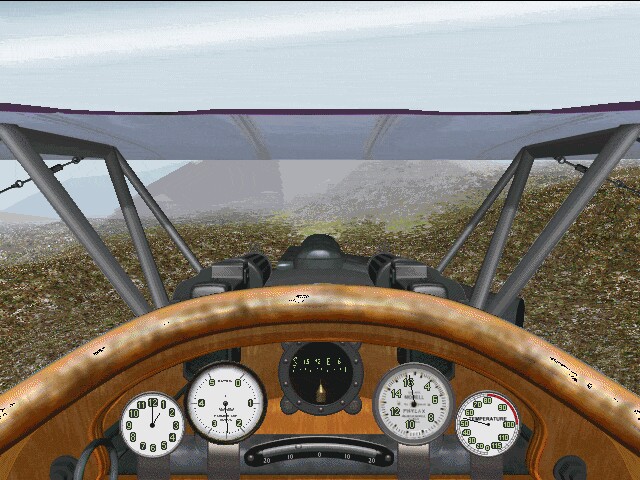