The Game
Inspired by the series of books of the same name by Arthur C. Clarke and Gentry Lee (most of the characters in this game are taken from Rama II), Rama casts you as an astronaut sent to replace a recently deceased member of a team of astronauts exploring a huge, cylindrical spacecraft of unknown origin that's recently arrived in our solar system. While you're naturally excited about exploring this alien wonder, keep in mind the reason you've been chosen for the journey: Unlike some adventure games, in Rama you can die during your explorations. Luckily, the dangers are relatively few and far between, and if you do meet an untimely end you're at least told why.

A veritable avalanche of vidmail awaits you on Rama, and you quickly learn that each of your fellow astronauts has his or her own agenda. The acting is uniformly good, and the video is extremely well integrated into the rendered locales. After thoroughly scouring the team's two camps for objects and heading to the tent camp, you're told to start exploring on your own - and that's where the game really kicks in.

You play from a first-person perspective, using "stepped" movement a la Myst instead of smooth scrolling. A goodly portion of the puzzles - especially in the first part of the game - are based on various mathematical systems (Base Two, Base Three, Base 16, etc.) or pattern recognition. To open doors you need to find symbol plaques, which are scattered all over Rama, and finding them all is almost as challenging as solving the puzzles. Some are tucked away in places where they're easily overlooked the first time around, and many of the plaques you'll pick up aren't needed (there's no way to drop them once you find that out, either). The math puzzles are a bit trickier until you realize what number system you're dealing with, and that you can just whip out your trusty calculator and do the hexadecimal and octadecimal problems with no fuss or muss. Fortunately, there's a good number of situational and object-based puzzles to solve that are equally challenging, so things don't get too esoteric.

A simple interface makes it easy to jump headlong into the exploration of the massive Raman ship. The graphic shell which surrounds the main game display takes up nearly 40% of the screen and allow access to a scrolling inventory screen, "Raman Eyes" for examining an inventory item (just as easily accomplished with a right mouse-click on the item), and an Options button (saving games, adjusting volume and brightness, etc.).

Instead of a Look command, you rely on a holographic guide named Puck for information on the Raman ship, and even though his comments are of little help you'll still use him a lot. Because Puck is stored in your inventory rather than being accessible by, say, a mouse-click on the main game display, you'll often have to scroll to find him - an unnecessary bit of work to perform such a common action.

Rama bombards you by the sheer amount of gameplay. While the interaction with the characters in the game is but slight, most adventurers will be so engrossed in solving the puzzles that they won't miss it one bit. With its high production values and fidelity to the Rama books, this is an excellent choice for both adventure gamers and Arthur C. Clarke fans. 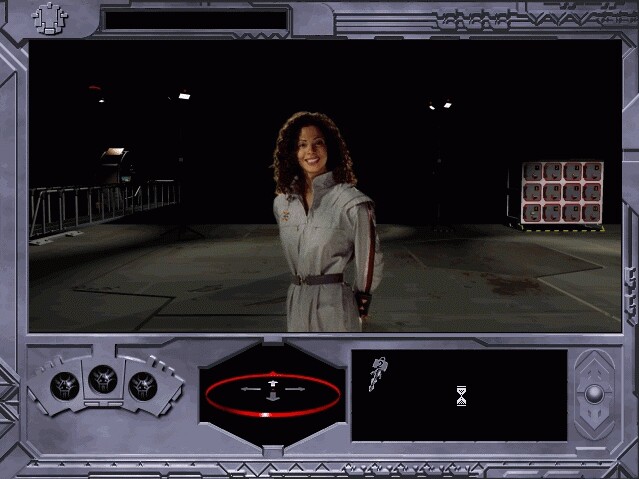 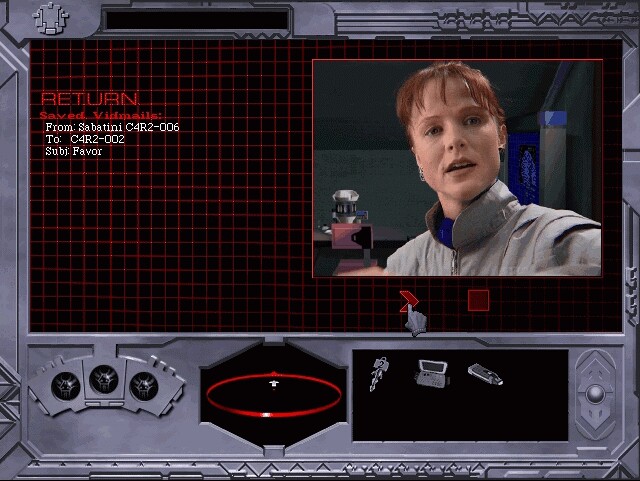 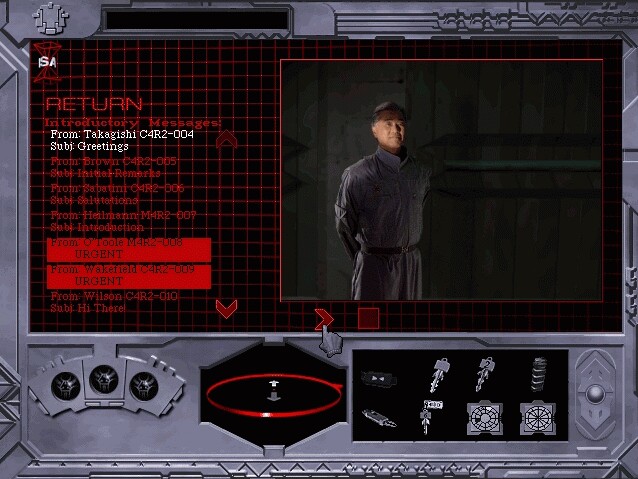