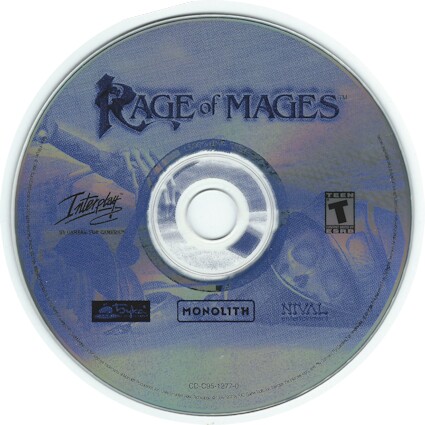 The Game
On the surface, Rage of Mages looks and even plays much like Warcraft II or any other real-time strategy game. But within lies an elaborate experience system, an involving plot, and a remarkable quantity of mundane and magical items waiting to be discovered. It's not a technologically impressive game, nor is it particularly original in any specific regard, but its solid combination of features collectively form a unique and enjoyable role-playing game.

Variable weather conditions, elevation changes that affect line of sight, and trees that blow in the breeze all help make Rage of Mages look subtly attractive. And though Rage of Mages isn't anything special as far as sound effects are concerned, at least what's there is appropriate. As for the soundtrack, the composition sounds ambitious enough and is accompanied by good voice acting.

The game can micromanage some of the combat for you, with options for automatic retreat and healing. But you'll still need to actively move your units about the battlefield, keeping your mages safely behind the warriors and actively casting the appropriate spells, many of which will be appropriate late in the game. Control isn't particularly responsive during battle but at least most of the mission objectives are concise. The combat in Rage of Mages is challenging and satisfying enough if only because successfully eliminating your foes always yields all sorts of treasure. Much of that gear will be immediately useful, and you can lug the rest back to town and trade it for gold for purchasing even better equipment, training your heroes, or hiring mercenaries.

And it's these role-playing elements that make Rage of Mages fun, even addictive. But Rage of Mages isn't the sprawling RPG you might expect; the long single-player campaign is fundamentally linear, although you'll have a choice about the order in which you take on sets of objectives. You don't get much say in how your characters handle a situation either, as your heroes all speak for themselves and make their moral decisions without your input. Thus Rage of Mages is a role-playing game for only two reasons: It lets you shop, and it has a strong and continuous narrative structure. The shopping part lets you compulsively spend hundreds of thousands of gold pieces on so many kinds of weapons, armor, and magical equipment as to make most other games pale in comparison. Seeing your heroes wearing and wielding the often ridiculously ostentatious equipment is enough to drive you onward, if only with hopes that you'll soon find an even more preposterous wizard cap or a sword with even more barbs sticking out of its blade.

The game story is carefully integrated into every mission and the game is loaded with scripted events that make the missions interesting when they might have just as easily been boring. A lot happens in Rage of Mages. You begin your journey alone, but you'll soon meet other heroes who'll join you, and you'll banter and argue with them through the remainder of the game. You might save a lone warrior from a goblin ambush; you might befriend an ogre who will provide the necessary brawn to defeat a monster thought invincible by local townsfolk. You'll free maidens from evil mages, claim treasure from evil dragons, and tread lightly through hallowed graveyards. Combat will occasionally impede progress: You'll occasionally stumble into hopeless battles that require specific solutions (you must have missed that polymorph potion back there), and you'll need to load a saved game and try something different. Luckily, the game doesn't usually fall into this pattern, and even when it does, the solutions still come about pretty quickly.

In the end Rage of Mages shows just how far a good script and a lot of treasure can go to make a simple game refreshing. 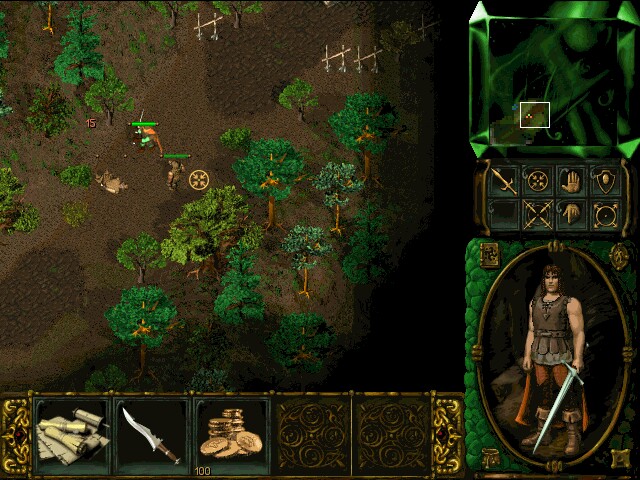 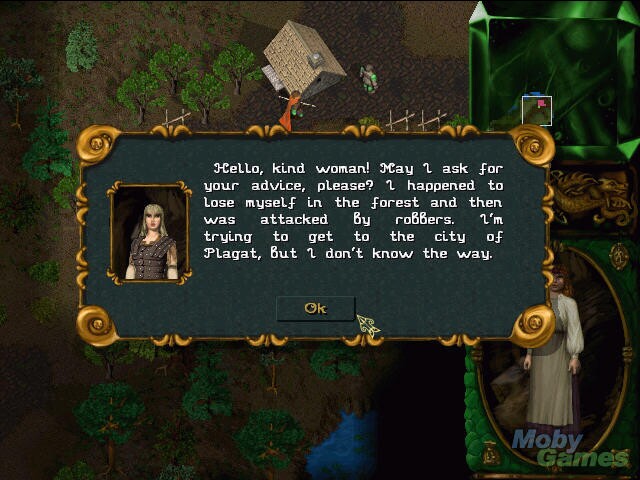