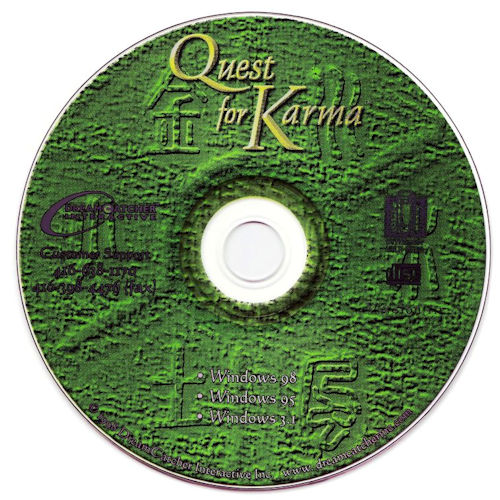 The Game
Karma: Curse of the 12 Caves is based on an identical design as Jewels of the Oracle, it is developed entirely by a different developer—Interserv Multi-Media. Released quietly with little fanfare, this title aims to capture the same niche of players who merely yearn for a series of disjointed logic puzzles or games of strategy.

Inside the magical caves of Dun-Huang lies a sacred spring with the power to heal any disease or infirmity. It is placed there by Kuanyin, the Buddhist Goddess of Mercy, for the good of mankind. Unfortunately, the caves are now guarded by a cruel demon. You, as the champion of the Goddess of Mercy, are asked to enter these caves to overcome evil and bring light to the world by releasing the healing waters of the Well of Life.

You must solve many enigmatic puzzles placed by the ancients in each of the 6 caves (caves of metal, wood, earth, wind, water, fire). The end result is a final showdown against the demon in a game of strategy and reflex. However, before you can enter the caves, you must solve the puzzle of the Cryptic Gate (The Goddess of Sewing and Embroidery) and the Coded Portal (The Stonecutters' Abacus). When you have collected the 12 treasures on the 6 elements of life, you must return the 6 treasures of the rear caves (lotus, cauldron, chisel, copper coin, bow, and silver hammer) to their proper places. Only then will the healing water of the sacred well be revealed to you.

The story used in Karma: Curse of the 12 Caves is based on the artwork and the legends of the 500 Caves of Dun-Huang dating back 1,700 years. These caves are laden with thousands of murals and sculptures. It is rumored that Marco Polo has visited Dun-Huang in his description of Cathay. In real life, Dun-Huang exists in China south of the border between Mongolia and China.

The game is controlled using a point and click single button mouse. The puzzles vary in both type and level of difficulty. While most puzzles are based on logic, some rely on manual dexterity. A particular puzzle even spots a tough strategy game against an artificial intelligence (The Magic Rope). There are 14 puzzles in total—2 at the Initiation and 2 at each of the 6 caves. Each cave bears an inner and outer room, with a puzzle in each room. All the puzzles and the final task have mythological names—The Goddess of Sewing and Embroidery, The Stonecutters' Abacus, The Real Pearl and the Golden Frog, The Arrows of Noor, Rage of the Eyeless Dragons, Soaring Dragons, Sun and Moon, The Last Pedestal of Buddha, Rhythms in the Wind, The Three Pearls of Buddha, Floating Pairs, Turtles of Ruby and Emerald, Oil Pipes, The Magic Rope, Return of the Six Treasures.

Karma: Curse of the 12 Caves retains the similar artwork that gives Jewels of the Oracle its initial appeal. Each puzzle is also backed by a nicely written prologue describing a story behind each brainteaser. Some puzzles can change subtly each time they are played. Despite their pretty names, most puzzles are rehashes of classic brainteasers, such as the game of concentration. Some puzzles are too laborious (Oil Pipes) and rely more on luck than logic or strategy. An option to set the level of difficulty will be appreciated by novice gamers. Those who are inept in the study of music will have little hope in solving a particular music based puzzle. Since all the puzzles essentially stand in isolation from each other, access to them is unnecessarily restricted. In order to enter the caves, the player must solve the 2 puzzles located in the Initiation. Failure to do so will completely halt any game progress.

The game attempts to boast some degree of authenticity by blending bits of real life legend into its puzzles. 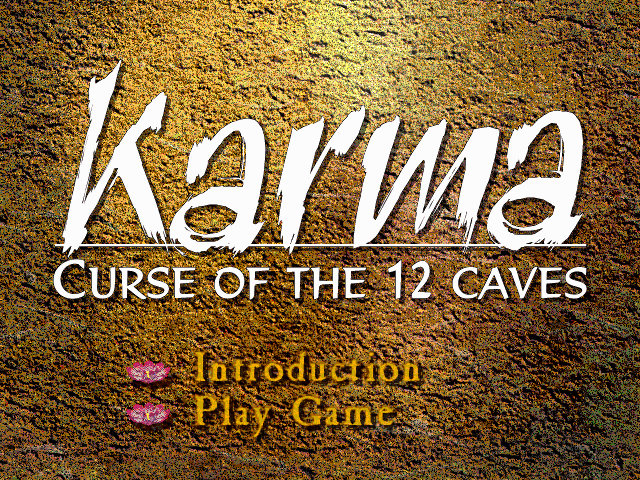 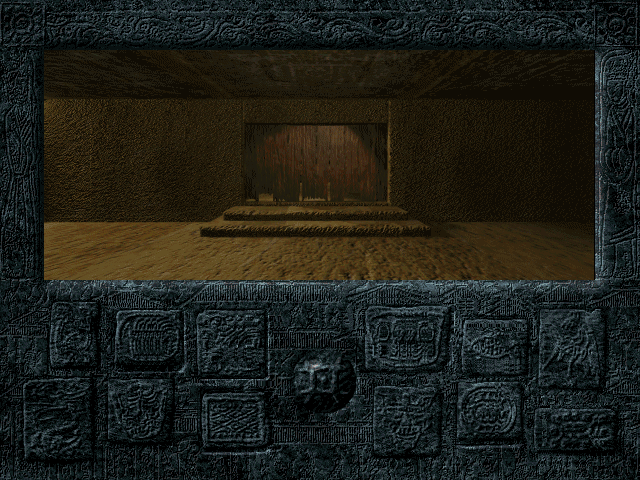 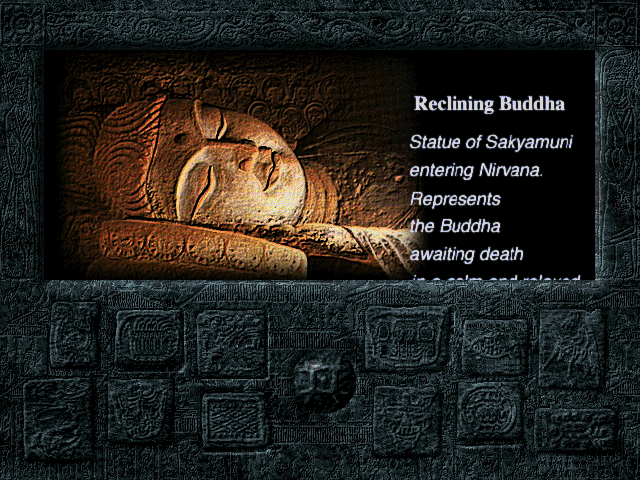 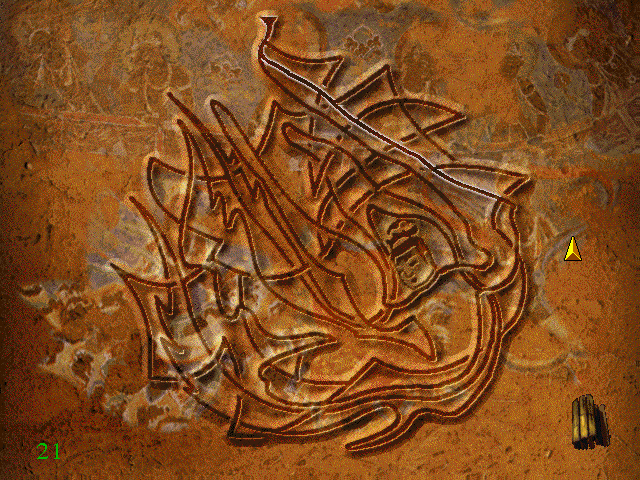