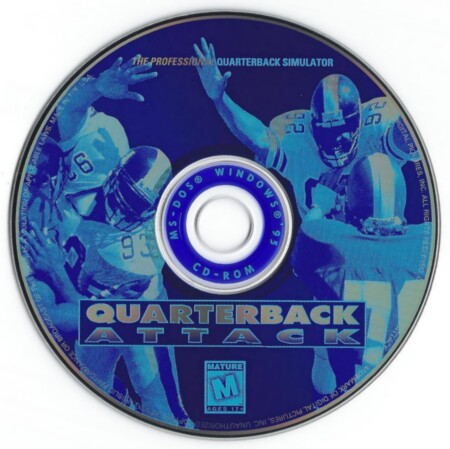 The Game
Quarterback Attack manages to grow on you despite belonging to the infamous full motion video genre. Digital Pictures obviously had the right idea with this game insofar as they were trying to stretch the genre as much as possible within its limited framework. More interactive than most FMV titles of the 90s, QB Attack surprises with a fun and addictive experience.

Quarterback Attack kicks off with a locker room scene of a team getting pumped up for the big game. The story is like something out of a Choose Your Own Adventure book with the star QB being injured and you as the young rookie stepping in his shoes. It is effective to set up the game initially and introduces you to some of the key players. Ditka gets a chance to chew up the scenery as expected, and he does it effectively.

Calling plays, picking receivers, dodging incoming receivers, scrambling if need be, these are the things you expect to do as a QB, and this game lets you. You get to select among 110 plays (100 passing and 10 running) and a snap count. The meat of the game is on the passing plays, were you are switched to a 3rd person behind-the-quarterback view from which you can see oncoming rushers as well as zoom in on any receiver and via a targeting cursor make passes, or scramble if you don't find any open man, etc. I found the controls easy to grasp and surprisingly intuitive. The two game views, behind the QB and helmet cam, are helpful and give the game some nice graphical variety besides.

Unsurprisingly there is a degree of cheese value which ends up working in the games favor. And of course, the legendary Mike Ditka is a colorful character who is entertaining to watch. He looks like he is enjoying the role, and obviously it is no stretch for him to act the part. He was a good choice to have in the game, and he really does add to the overall experience, hence his name appearing prominently in the title. 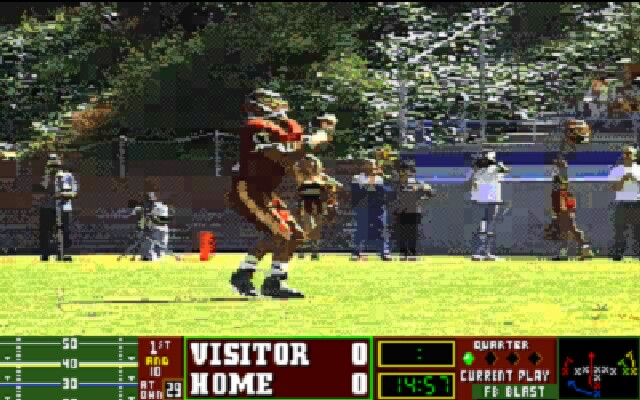 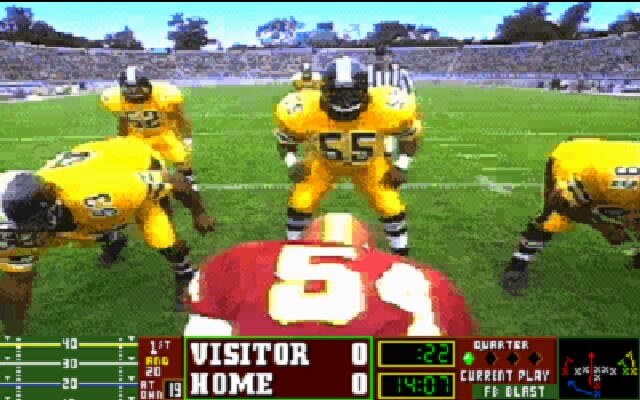