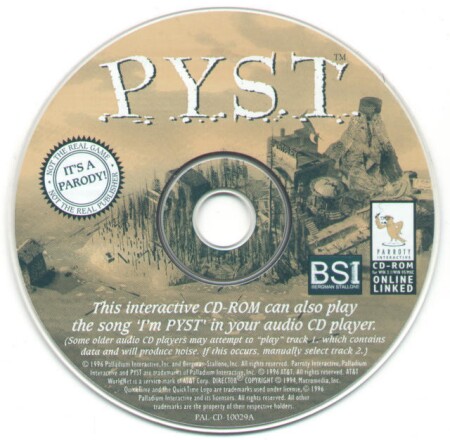 The Game
The basic gag behind Pyst is quite funny. Creators Parroty Interactive, last seen failing to get a laugh out of Microsoft Windows carefully recreated much of the iconic Myst island a year or so after the Stranger’s adventure, now in tourist trap form. An evil company called Octoplex has moved in with the idea of revamping the whole thing into luxury condos, water slides and sewage plants, while King Mattrus and his sons Prince Syrrup and Prince They Couldn’t Be Bothered To Come Up With A Pun So Let’s Call him Achinarse get fat and rich off the profits. Quite clever.

As the first-ever full-fledged parody of a bestselling game, Pyst is to Myst what MAD magazine's ''201 Min. of a Space Idiocy'' was to the Stanley Kubrick movie: a pretension-busting romp through a ripe-for-puncturing cult classic.

In Pyst, players take a tour of the eponymous dump of an island, which (as perky guides explain in breezy voice-overs) is about to become a high-priced real estate development. The disc has 10 amusingly cluttered tableaux, including the Chernobyl Room (a nuclear reactor that appears to be only slightly safer than the one in The Simpsons) and Alien Trash (which reconfigures Myst's famous rocket as a creaky rust bucket with an AC extension cord). Unlike Myst, Pyst offers no problems to be solved — the excruciatingly enigmatic hints scattered throughout are meaningless and just part of the joke — but this shortfall is partly compensated by the appearance of Roseanne's John Goodman, who has a jolly good time in his brief cameo as King Mattruss.

Pyst's humor ranges from the sublime (the ''I bought Netscape at 20!'' graffito in the Horror-Scopium) to the sophomoric (clicking on the bong and seeing a puff of smoke is cute, but I could have done without the dog doing wee on a totaled car). In the end only your attitude and sense of humor will help you discover the secret... that there is no secret. 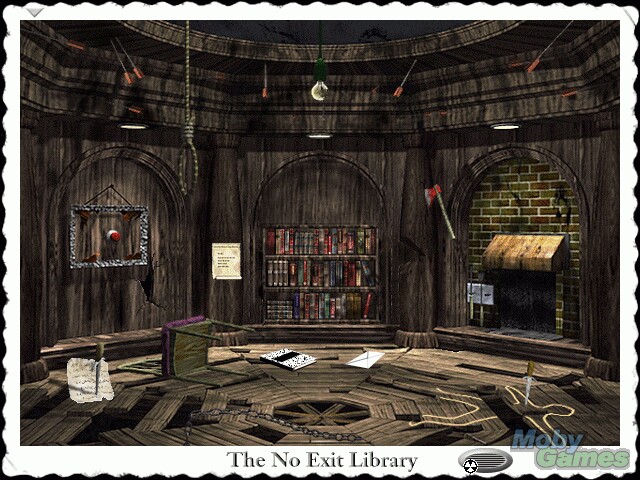 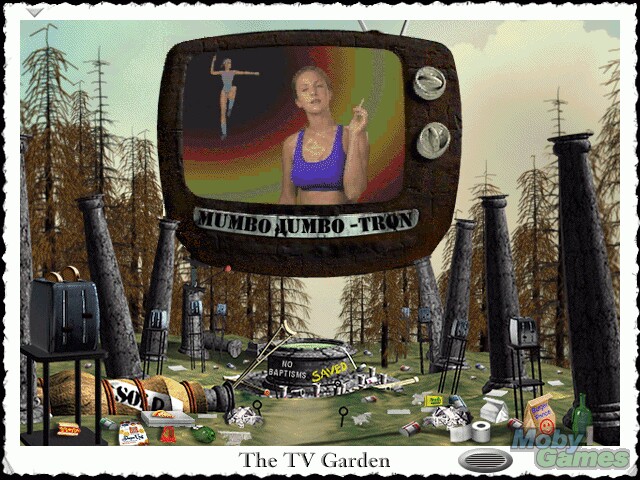