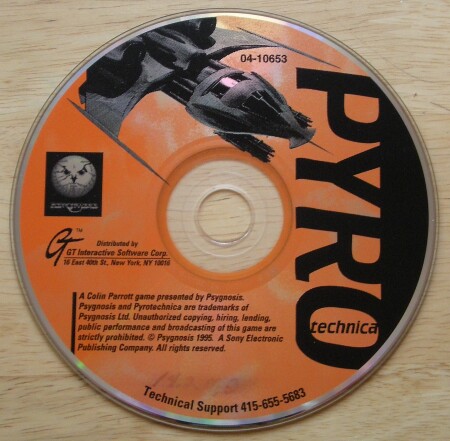 The Game
Back in 1995, a game came out that turned First Person Shooters on their side. In fact, it turned them on all their sides. Descent brought 360º movement to the genre, and it took the world by storm. That same year, just a few months later, Psygnosis threw their hat into the ring with Pyrotechnica. How did it turn out? Read on.

Deep in the cores of ancient stars, civilizations long dead have left behind information capsules. These capsules are valuable, and space stations have been built at various locations so that the capsules can be retrieved. However, inside the stars are alien defenses called Adherents, and they're meant to protect these capsules. The Wingmen who went in the star cores wound up being captured, and it's your job to pilot your way through the mazes of tunnels and rooms as you go deeper into the red star, take out the defenses, and rescue the Wingmen to aid you on your journey.

The colors are vivid, there's garoud shading on the ships, and there are some nice lighting effects when things explode. The levels are comprised of black, with colored squares that line the edges of tunnels and openings, some of which animate like a theater marquee. One could argue that the graphics are done this way in an artistic fashion, and say that the tiny bullets and repeating-circle missiles back that up. In short, the game has a certain style in its minimalistic approach, and the ships have some decent designs.

Aurally, the game is quite good. The tunes created are nice and pleasant to listen to, and while they won't make you tap your foot, they work to create an atmosphere. The sound effects are varied and of good quality. From lasers, to rapid fire gun turrets, to explosions, they sound good. Overall, the sound design is well done, and does the job nicely.

Your goal is to make your way through each level alive, while accomplishing sub-missions along the way (namely, rescuing Wingmen). The controls are a little floaty, but they fit considering you're supposed to be in zero gravity. Your shield doesn't take many hits before it's drained. And when it's gone, you're open to damage that will occur very quickly unless you can speed off to relative safety. Thankfully, there are some repair gates scattered around the levels to help with ship damage, and your shield also regenerates over time. You have a selection of four different guns, four different secondary weapons, and this, coupled with some power up gates, gives you virtually all the weapons you'll need to survive right from the get go. This is a nice change from Descent's more “collect stuff” weaponry setup, as is the fact that all your weapons and countermeasures recharge. Yes, you have counter measures for the missiles the enemies fire at you. It gives the game a slight simulation touch, as does the ability to eject in an escape pod (which you continue fighting in, though with less weaponry). This helps expand the arcade-like nature of game by giving it a little more depth. Finally, as you go from one stage to the next, you encounter layouts that grow more devious in their designs. They never reach the mind-bending insanity of the Descent series, but they can still prove to be tricky, and give you problems.

In the end Pyrotechnica is a game that's fun to play with nice music, short yet challenging levels, and a healthy weapon selection. A 90s gem. 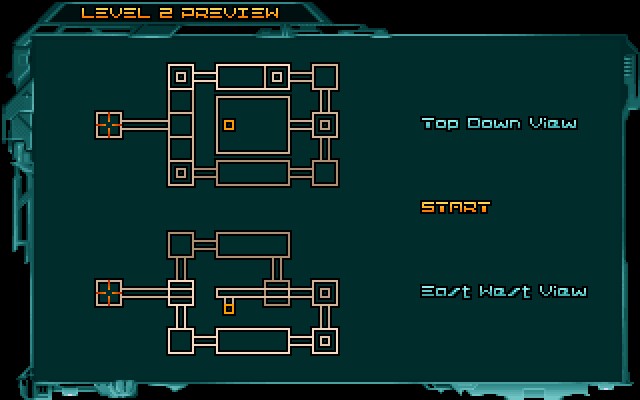 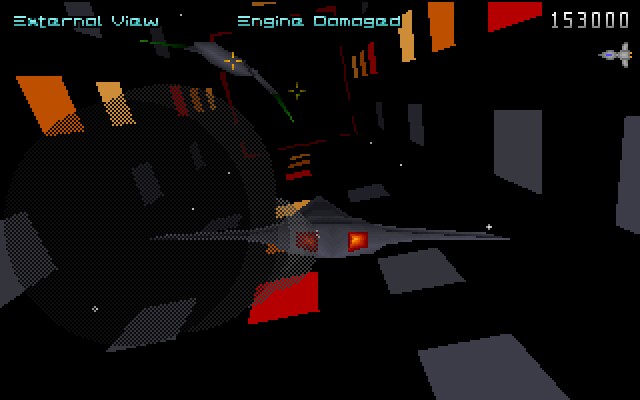