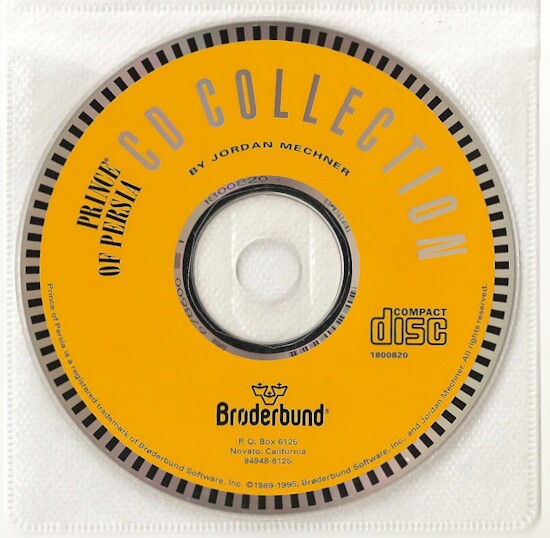 The Game
Prince of Persia 1
Prince of Persia is one of those genre-defining classics, and bears an historical importance similar to that of Alone in the Dark or Doom. Without Prince of Persia, the platform action/adventure genre would have probably never crossed the border between mushroom-eating jump-and-run entertainment for kids and serious video gaming. To mention just some of the game's marvels:

The graphics in the game are amazing it was top of the line back then and still looks good today. Similarly, Persia features incredible animation. Never before, and seldom after, the movements of the playable character were so naturally and precisely animated. The prince will desperately jump over trying to grab a ledge; will fall down on the stony floor and then slowly get up, his entire body in bruises (well, you can't see it, but you surely can feel it!); will carefully approach the edge of an abyss and nervously stop when he sees he almost fell down; will bend down to grab a healing potion and drink it. The designer used rotoscoping to capture live motion from his brother and digitized it for the game.

Persia offered serious, hardcore platform gameplay, such as in no other platform game of the time, and even years after. Tricky, clever physical puzzles, rare, but tough opponents, deadly traps, and complex levels provided the ultimate action/adventure experience. Even the sword fighting was fantastically implemented. With just two options, to strike or to parry, the sword fighting is really exciting. And of course, both your character and the oponents are splendidly animated.

The game offered compelling atmosphere, great sense of urgency and suspense: claustrophobic dungeon with dangers at every corner created a macabre setting that instantly immersed the player into the world of Prince of Persia.

Prince of Persia 2
The original Prince of Persia revolutionized the world of action gaming on the PC. It had graphics and sound which were outstanding for it's time, and very smooth and fluid animation. Most of all, it was extremely fun to play, and remains a very popular game today. It is no surprise, then, that the release of Prince of Persia II was eagerly awaited by many gamers.

In Prince of Persia, the evil Grand Vizier Jaffar had taken over the kingdom of Persia while the sultan was away. To legitimise his claim he planned to marry the the Sultan's daughter. However, she loved you, a humble traveller, and refused him. The Grand Vizier in anger threw you in the deepest dungeon of the castle, and gave the Princess one hour to make up her mind: marry Jaffar, or die!

You, as the Prince, had to battle your way up from the lowest levels of the dungeon, facing lethal traps, collapsing floors, and duelling Jaffar's well-trained guards. Finally, you confronted the Grand Vizier himself, in the topmost tower of the castle, and slew him. The sultan granted you his daughter's hand in marriage, and you lived together happily ever after.

In Prince of Persia II you have only been married to the Princess for eleven days, when you feel a strange tingling. Entering the throne room, you discover to your horror that you now appear to be a lowly beggar, while a man who looks exactly like you stands at the Princess' side: Jaffar! The false Prince orders your arrest, but you leap from the window, escape, and vow to find a way to break the spell and finish Jaffar once and for all.

The combat and acrobatics in Prince of Persia 2 are both realistic and engaging. The graphics are much more vivid and colorful than the original, the animation even more fluid, and the hazards are different and even more fun: horizontal slashing blades that come whipping out of slots in the wall, spikes on walls, being crushed by doors, poison darts from the floor, lava pools, and wonderful crushing walls which make you go squish when they get you. I still haven't maneuvered a bad guy into one of these, but boy, that would be neat. The switches in the floor are still the key to most puzzles, but there some great twists to this that I'd rather not spoil.

In addition to all this, if you get enough life potions, you can turn into a shadow man. Shadows are virtually weightless and therefore, loose tiles won't fall, and you can't be hurt by long falls. Nobody notices you, but your sword is very real if you choose to whip it out, and can pick off the bad guys at will. As with most cool, seemingly invincible abilities, this feature is only used towards the very end of the game to solve specific puzzles, unfortunately not involving swordfighting.

From the start of the game, you get a mild taste of the puzzle solving ahead. It's this aspect of the game which steals all the scenes. The puzzles are NOT trivial. They make PoP1 look like a walk in the park and are arguably some of the best I've encountered.

In summary, it's just plain sweet. When you solve a tough puzzle, it feels like slipping a convoluted key into the perfect lock. You just can't wait to see what you've opened. The animation and sound effects are particularly satisfying and make even mundane tasks very enjoyable. 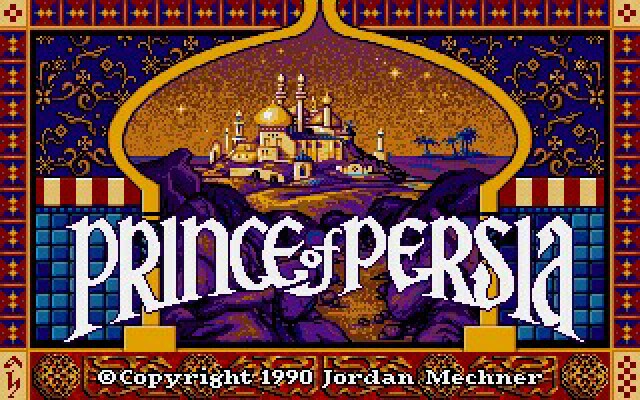 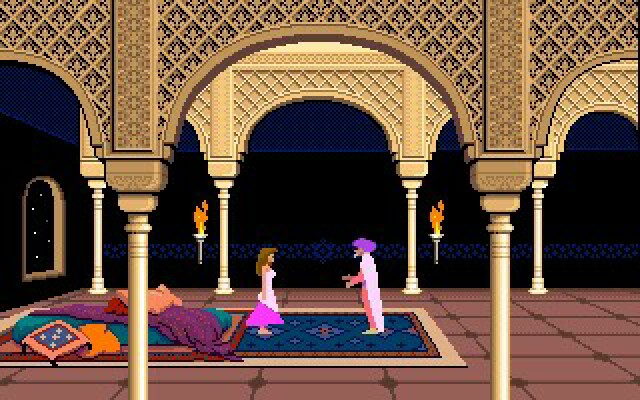 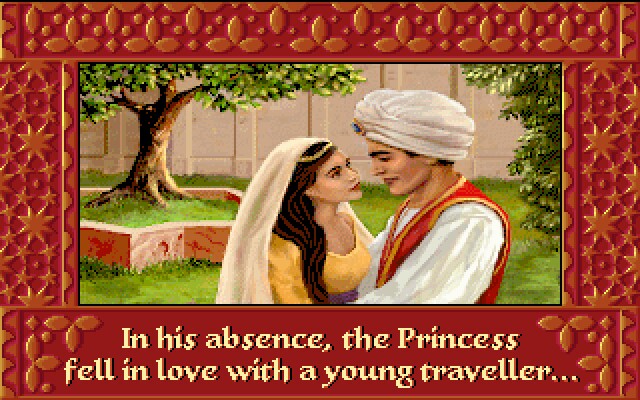 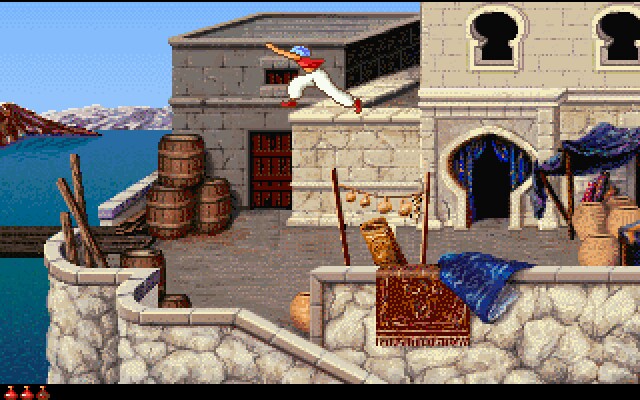