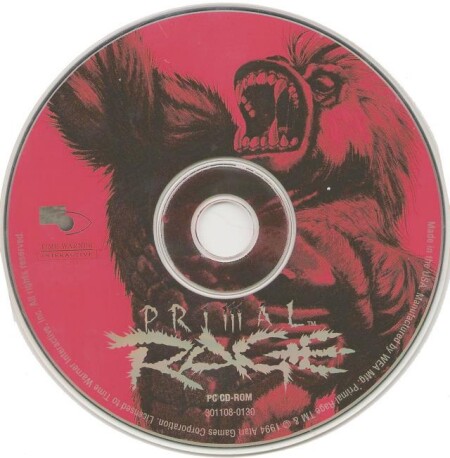 The Game
Primal Rage is a 2D fighting game developed and released by Atari for arcades in 1994. Players control one of seven giant beasts (who are rendered in stop-motion animation) who must battle each other to conquer a post-apocalyptic neo- Stone Age Earth. (known in the game as "Urth") Although not as popular as the also-violent Mortal Kombat franchise, the game spawned toys, comic books, a novel, and worldwide ports for several systems.

Primal Rage plays like a traditional 2D fighting game. Along with a joystick, each player has four buttons arranged in a square (horizontally from Quick to Fierce and vertically from High to Low). Pressing both High Quick and High Fierce simultaneously executes a powerful High Power attack, while pressing both Low Quick and Low Fierce simultaneously executes a powerful Low Power attack.

Unlike traditional fighting games, where special moves are executed by first moving the joystick in a combination and then pressing one or more buttons, Primal Rage includes a system where special moves are executed by holding down certain buttons and then moving the joystick. Fatalities (glorified execution moves that can only be performed at the end of the winner's winning round) are also performed in this way. However, later arcade versions and most ports also include the traditional special move/fatality execution alongside this way.

During the fight, human worshipers from the tribes of both fighters are scattered in the background. All characters have a special move (with unique combinations) which allows them to devour humans that enter the foreground (giving back some of the player's health). Devouring enemy worshipers also grant the player bonus points, while devouring friendly worshipers take away from the player's score.

After defeating all seven opponents In the single-player campaign, the player has dominated Urth. But the beast still needs to prepare for one giant final battle to keep its place as "king of the hill". A bonus round occurs where the player has a limited amount of time to devour friendly worshipers (with no point loss) and flying pterodactyls for bonus health (that is used after the player's health has depleted in the final battle). During the final battle in the hellish "dinosaur graveyard", the player must survive against all seven opponents consecutively in one giant round. If the player loses both the initial health and the bonus health, he can immediately restore his initial health by continuing. The player is granted more points at the end of the campaign by using less continues. 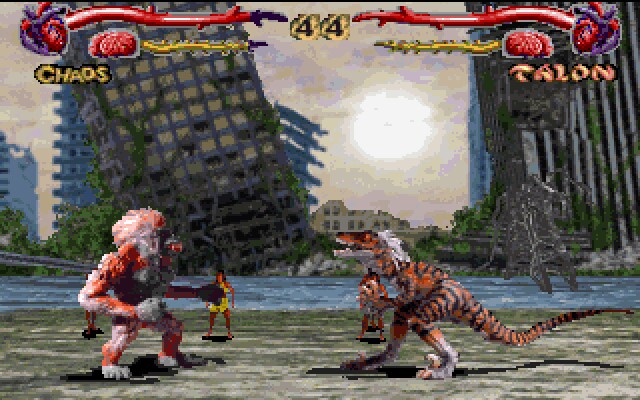 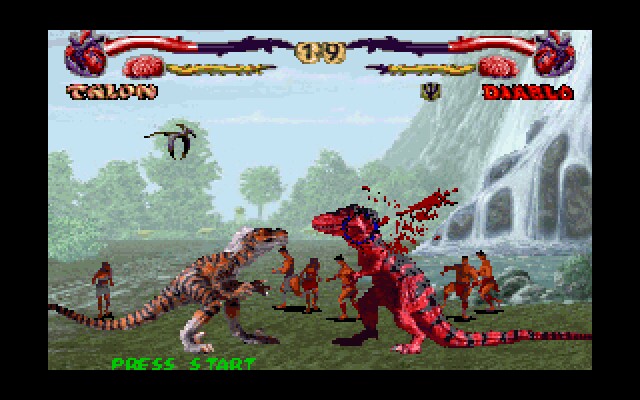