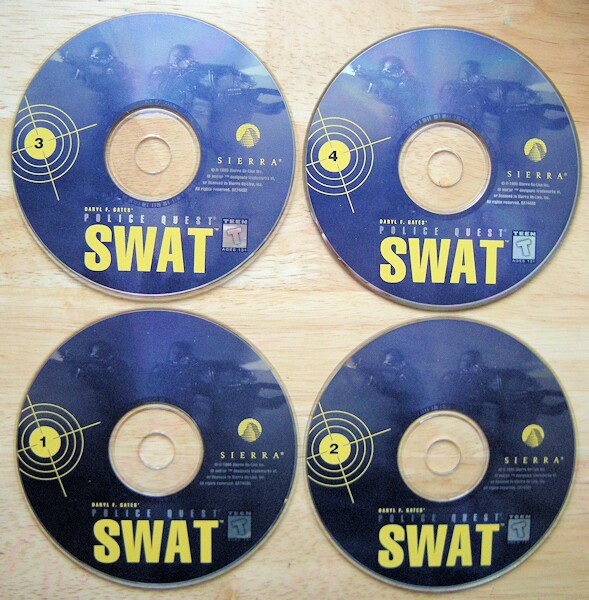 The Game
As the newest member of LAPD's Special Weapons and Tactics team you're about to find yourself in the thick of urban turmoil. If you successfully resolve these civic conflicts, you'll be awarded medals and career advancements. Promote to the position of Element Leader and you'll be able to call the shots. Or if snipering interests you, train and qualify as a sniper.

Police Quest: SWAT is not your normal Sierra style game. You are a new SWAT team member and as such, need to learn the ropes. And there is much to learn because this game is set up to be very realistic. It is not just a shooting gallery; you need to know your tactics because killing someone is your last option. You are stationed at the Metro station and between call-ups, train in the various weapons and disciplines. Every so often while you are reviewing interviews with actual police officers or training, you will be called up. If you have your sniper qualification, you can go on sniper missions. After each mission, you are debriefed and awarded promotions or awards.

The graphics and realism of SWAT are great. You have many career options. You start by training as an assaulter, that being a SWAT member who storms a building. In addition, you can train as a sniper. These options add some various elements into SWAT to keep you doing something different.

The interface of Police Quest SWAT no longer allows you to talk, examine objects, or give items like the previous episodes of the series. You only have a default arrow cursor, an inventory, the hand signal panel and movement cursors. The inventory contains your weapons and ammunition, your badge, etc... and it scrolls horizontally when you have more than four objects. The Hand Signals panel lets you communicate with your team mates with eight hand signals such as Hold, Look, Hurry and Stop. In the Room Entry panel, you will find the "Slicing the pie" command. This maneuver is used when you want to safely enter a room or round a corner. If you move your cursor over a place where you can use this command, the cursor will indicate you can do the move.

As you progress in the game and succeed in the various missions, you will qualify for promotions that will lead you to successively become an assaulter, a sniper and finally an element leader. Only then, will you be able to give orders through the LASH interface to your team and elaborate a strategy to solve the crisis. 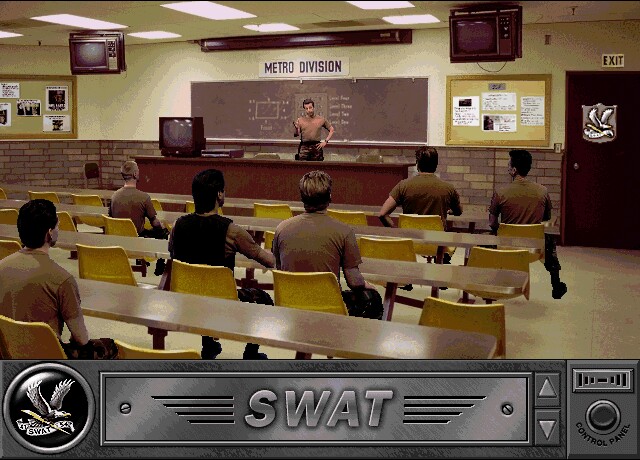 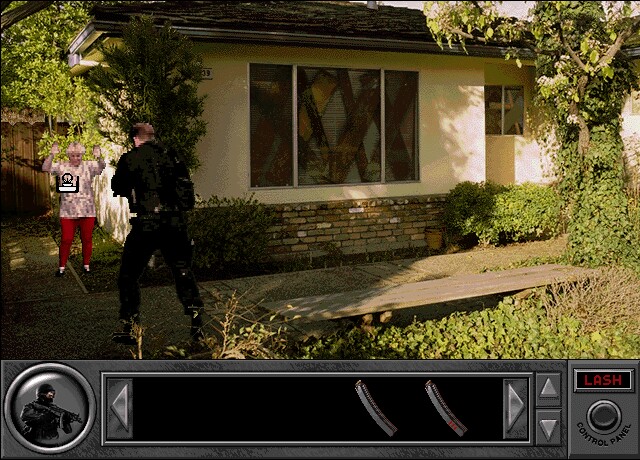