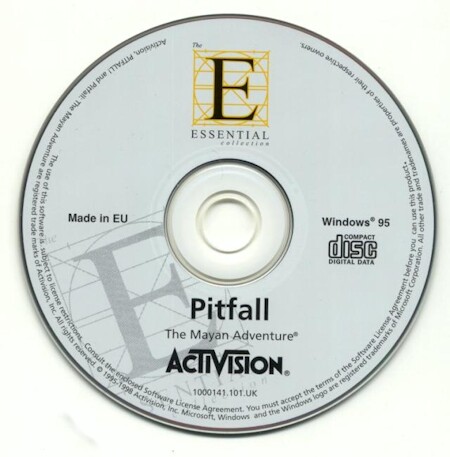 The Game
There are few games as pixel perfect as David Crane's classic Pitfall!, a one of the very first platformers -- in fact, it's cited as one of the games that helped define the genre. The lone hero, Pitfall Harry, runs left to right while braving jungle hazards like croc-filled swamps and hissing snakes. The goal is to gather up as much treasure as possible before the clock runs out. It is a game with laser-like focus, a benefit from its original host console: Atari 2600. With limited tech, Crane drilled down on precision controls and a compelling task, and then dazzled gamers with some of the best visuals the 2600 had yet produced.

Pitfall: The Mayan Adventure made quite a fuss when it got released because of it's early adaptation of Windows 95 and it's now common DirectX. This was a major deal back then and it made the game stand apart from the competition. I remember how weird it was for the game to install on it's own and have nothing to configure except some screen settings, not to mention the way the game handled it's level selection and options via the now classic top command bar.

Anyway, on to the game... Pitfall is a remake/sequel of sorts to the original Atari hit, were you controlled a vaguely human-shaped block of pixels as he jumped over alligators and swung around over (what else?) pits. That was eons ago however and by 1996 things have changed significantly, thus enter the Pitfall for the new millennium. You now take on the role of Pitfall Harry as he treks to the tepid jungles of latin america in search for his lost father and any treasure that lies in the way. Taking it's cues from classic platformer games, the new game moves beyond the "swinging from branch to branch" trick and takes you to large and detailed levels with multiple challenges that involve jumping around as well as battling enemies with boomerangs and jumping around, and uh... jumping around, and... well, you know how these games go, right?

The graphics and animations are particularly good, detailed and clean, perfectly capturing the "jungle adventure" feel of the game. The animations specially stand out to the point that they make the game feel like a cartoony Delphine game, complete with useless but cute animations like when Harry runs face-first into a wall or stands idle for a while. The sound department is equally perfect, with lots of clear and moody jungle tunes and sfx, overall the game has excellent production values. 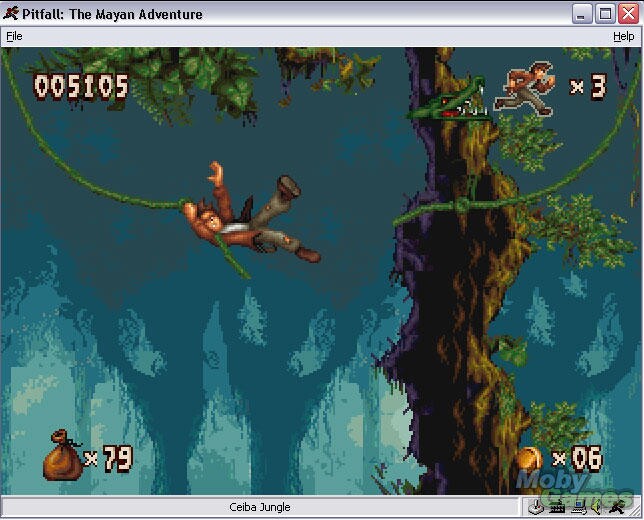 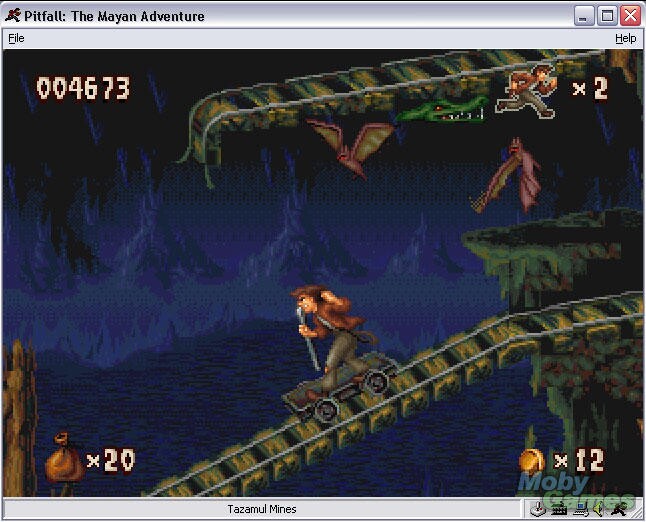