The Game
Pirates! Gold was a vast improvement in both sound and graphics compared to the EGA graphics / PC speaker original. However, as fans of the original game know, the story, gameplay, and personality is virtually perfect requiring no adjustments whatsoever. The goal at MicroProse was to update the appearance of the game for a new generation, and let the underlying perfection of the game itself take care of the rest. The result is a masterpiece at ease aesthetically with all other games of the early 90s.

Pirates! Gold is rendered in 640x480 256-color SVGA. The artists did a superb job in capturing the tropical plantation island feel of the Caribbean towns of legend. The charm of the taverns, the scurvy surliness of the local cutthroats, the haughtiness of the local governors, the beauty of the ladies yet to be courted -- it all works.

The interface is completely menu-driven and has changed very little from the original, with the exception of one very welcome feature: Mouse support. All events and interaction is done by choosing from a list of choices. I have found that, like me, many gamers tend to use a combination of keyboard shortcuts and mouse commands. The keyboard is superior for fencing, and a combination of mouse and keyboard for ship-to-ship duels. The mouse is the tool of choice for all inventory, plunder, and character management screens.

My favorite surprise was the addition of digitized speech and sound effects. Although speech is only limited to your lookout crying Sail ho! and Land ho! when circumstances dictate, plus your fencing opponent saying On guard!, grunting when hit, and I surrender!, the rough and gravelly voices used adds quite a lot to the atmosphere. Sound effects include clashing steel, cannon fire, and the sound of waves when sailing on the open sea.

This is not to say MicroProse did not tweak the game. There is room for some degree of improvement, even in a masterpiece. Pirates! Gold adds a prompt for you to confirm disembarkation when your ship hits land. There is a Take All option for plundering defeated ships and towns. The map of the Caribbean was included in paper form in the original game. Pirates! Gold lets you access it inside the game itself. After all, memory was much more limited back in 1987 than 1993. Gameplay has also been improved in that the families of hostages you take will be more likely than before to offer a ransom.

It is difficult to classify the genre to which Pirates! belongs. The battle sequences are action oriented, there is a measure of role-playing as you assume the persona of a 16th/17th century swashbuckler raiding the Spanish Main in the Caribbean, and tactics and strategy are needed to make the most out of any expedition. Indeed, Pirates! has been accurately described as the most successful hybrid game in computer gaming history.

The goal of the game is to amass enough wealth, property, and recognition so as to retire to a comfortable life when your privateering days are over. There are many ways to accomplish this, smuggling goods by buying them cheap and selling them high, outright piracy by attacking ships, plundering towns and ambushing the Spanish Treasure Fleet and Silver Train, rescuing lost relatives and hunting hidden treasures. Most players will probably be involved in all the above methods, with the bulk on gross piracy. I myself deviated from my usual Avatar-like philosophies and took this route. I am supposed to be a bloodthirsty pirate after all! Not surprisingly, the quality of your retirement, as well as your final ranking, is a sum of your achievements. 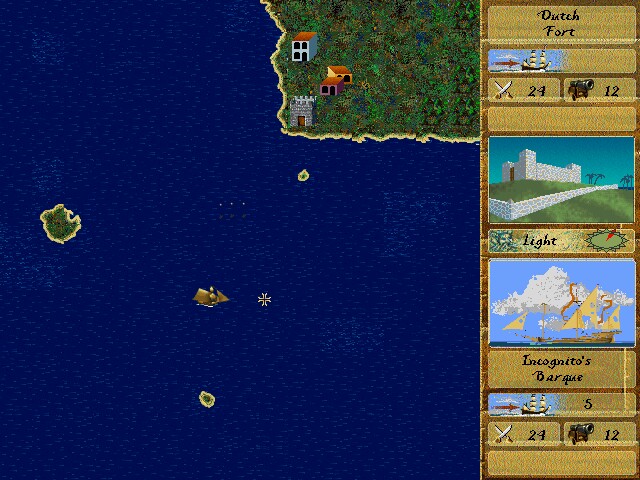 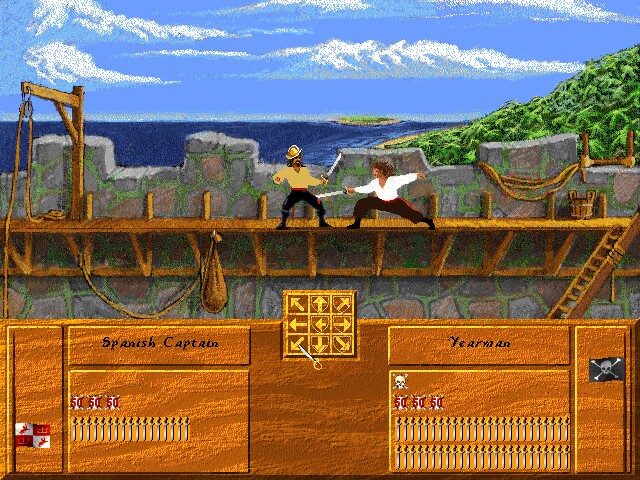