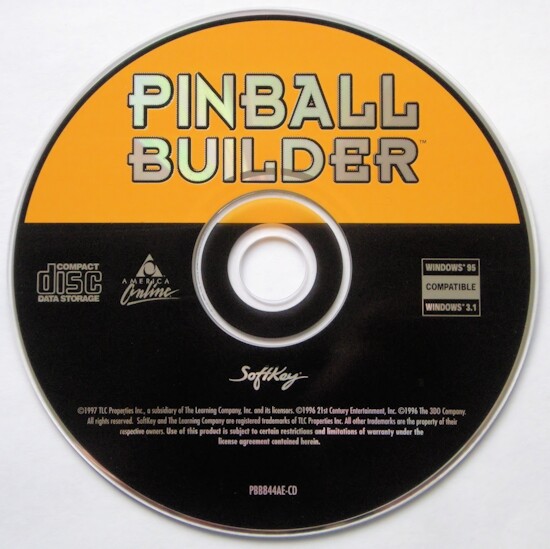 Actual Game
The Game
Have you ever wanted to build your own pinball table? Pinball Builder from 21st Century Entertainment makes it easy. You start with one of the basic designs which provides a simple table layout, including ramps, side guards and flippers. Then place bumpers, lights, kickers and other pinball pieces anywhere on your table to complete your masterpiece. Pinball Builder includes thousands of colorful graphics and hundreds of sounds, and lets you import your own graphics for complete customization. Once you're finished, you can play your creation, and trade table designs with anyone who owns Pinball Builder. Gameplay/Controls Pinball Builder is a fun tool for pinball enthusiasts who want to try their hand at designing their own tables. Creating a simple pinball table is easy; the basic table layouts and the drop-in components allow you to put together a simple table minutes after installing the game. Designing a good table can take much longer. My first design attempts were plagued by spots where the ball got stuck because I'd left too little space.

The component selection interface is fairly easy to understand, but could use some improvement. You select the general type of object you want (e.g. lamps, decals, kickers, etc.), then select a set number and part number. You can only see one object at a time while scrolling through the parts inventory and, with several sets in each general part type, finding the part you want can be difficult. It would have been much nicer to be able to select from a page displaying all the parts in the selected set. Once you have placed an object on the table you can modify its properties, including its sound effect, scoring, bonus, color and orientation. In addition to allowing you to create your own, Pinball Builder comes with eight ready-to-play tables. They are well designed, fun, and provide good examples of what the game can do.

In short, Pinball Builder gives you a lot of tools to work with, and once you fully grasp the mechanics of the interface you'll appreciate just how broad in scope the options are here. 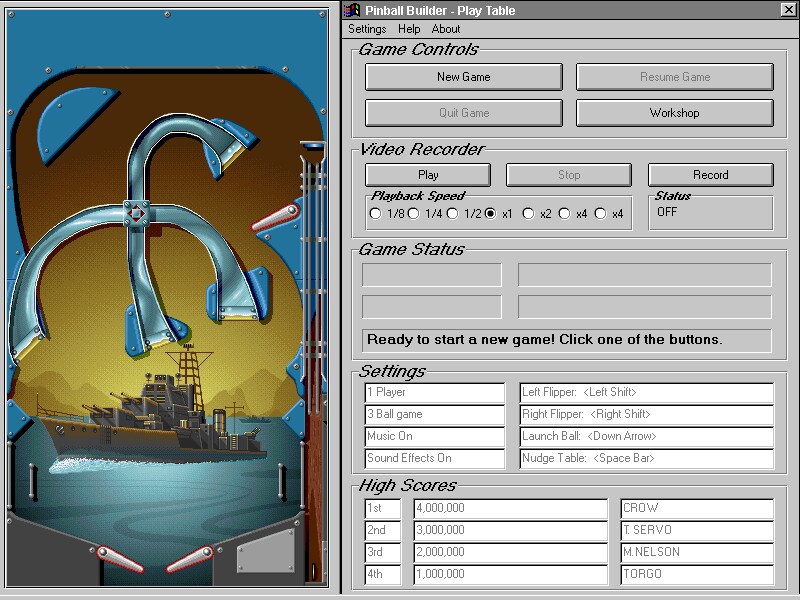 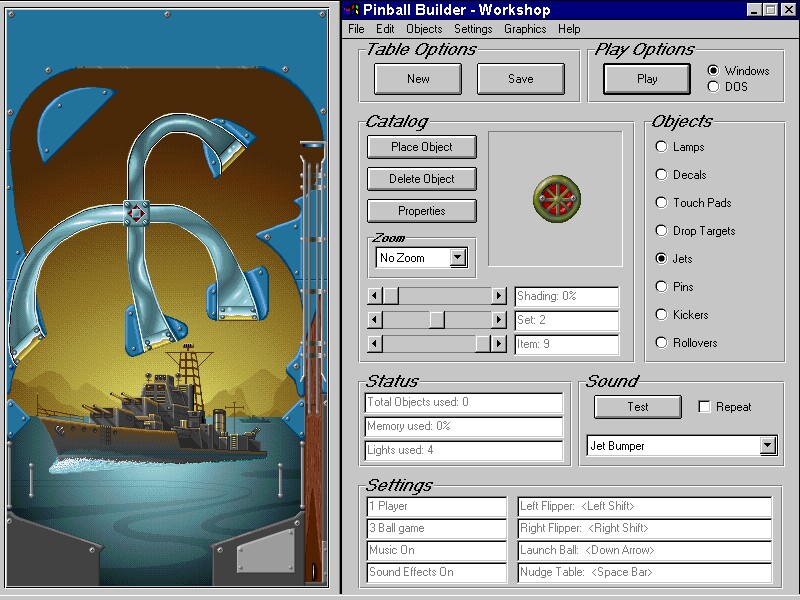