The Game
Phantasmagoria: A Puzzle of Flesh is the second game of what was a planned horror trilogy from Sierra On-Line. The game is also a departure in both design and production from the original Phantasmagoria. Written by Lorelei Shannon (not Roberta Williams who has written the original Phantasmagoria), this game is not meant to be a true sequel but as a separate adventure with new characters and story. In attempt to aim for a more mature adult audience, the story in Phantasmagoria: A Puzzle of Flesh centers on the portrayals of the human psyche and human sexuality, mixed with a high level of gore and violence.

Curtis Craig, a quiet young man with a disturbed childhood, attempts to return to a normal life since his discharge from a mental hospital a year ago. When his colleagues at work are mysteriously murdered and strange apparitions appear around him, Curtis once again begins to question his own sanity. As the edge between reality and nightmare around him becomes more blur, his struggle for love from his gentle girlfriend Jocilyn is antagonized by his lust towards the sadomasochistic coworker Therese. His inquiries about the murders lead him down a path of twisted past surrounding a company project called Threshold. You, as Curtis Craig, must investigate the source of these strange events and uncover the link that ties his very own existence with an entity named the Hecatomb. After all, we are only human, right?

Departing from the predominant utilization of computer generated imaging as in Phantasmagoria, locations and real sets are used in the production of the Full Motion Video for this game whenever possible. The alien world is still computer rendered, with Full Motion Video overlay via chromakey. Video compression is done by TrueMotion which provides near 30 frames per second with better quality than its predecessor. The clips are also optimized for 16-bit playback in 65,535 colors. The digital speech sounds clear with surprisingly good lip synchronization. The stereo music is sharp. Special effects and props are used to portray many of the gruesome death scenes (such as Dr Harburg's) in this game.

Gameplay is controlled using a simple point-and-click interface. An inventory is kept at the bottom of the screen to store important items that may be needed later. A map shows the available locations which can be explored and allows the player to travel between different places. The story is played out over 5 chapters. Due to the graphic and adult contents in this game, parental password lockout is available to tone down the intensity of the videos for minor gamers. Rather than blurring the original clips with large pixels during video playback, alternate clips are shot for this latter setting.

Calling this game just darker and bolder than the original Phantasmagoria is a complete understatement. Subject matters, dramatic elements, and its psychological impact are definitely not for the squeamish but only for the most mature of audience. The portrayal on the fragility of the human psyche or the lust of human sexuality (S&M, homosexuality, voyeurism) is disturbing. Shannon must be credited for her attempt to deal with such subjects in a mature fashion.

The story is somewhat intriguing and well executed with a surprising twist during the climactic final confrontation between Curtis and the Hecatomb. It succeeds in delivering both significant physical and psychological horrors. Ambient music also adds to the suspense as the story unfolds, though it is not as bone chilling as the Consumite Furore theme in Phantasmagoria. Acting is above average with an unknown cast, and is more down to earth than Phantasmagoria. Curtis is played by Paul Morgan Stetler, Therese is played by Ragna Sigrun, and Jocilyn is played by Monique Parent. Sale of the original version of the game was also banned in Sam's and Wal-Mart. Only a PG-13 version was available in these retailers. Certainly, the crafty rape scene in Phantasmagoria is easily surpassed by the sex scenes in this game which include frontal nudity and bondage. The gentle Jocilyn or the sensual Therese -- the choice is yours.

Phantasmagoria: A Puzzle of Flesh is a psychological thriller that portrays the dark sides of the human psyche. An interesting departure for Sierra, to be sure. 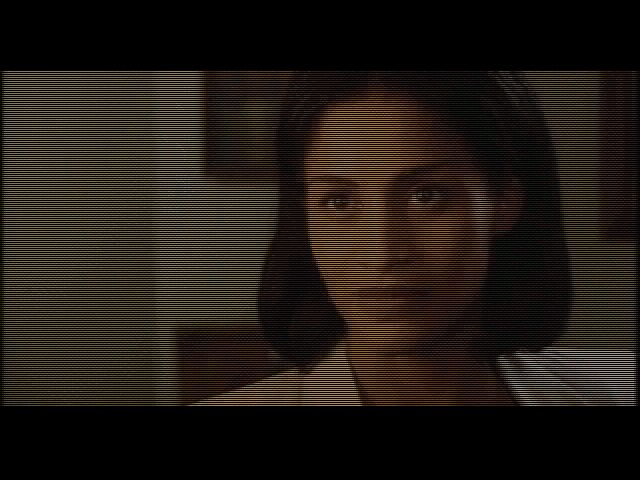 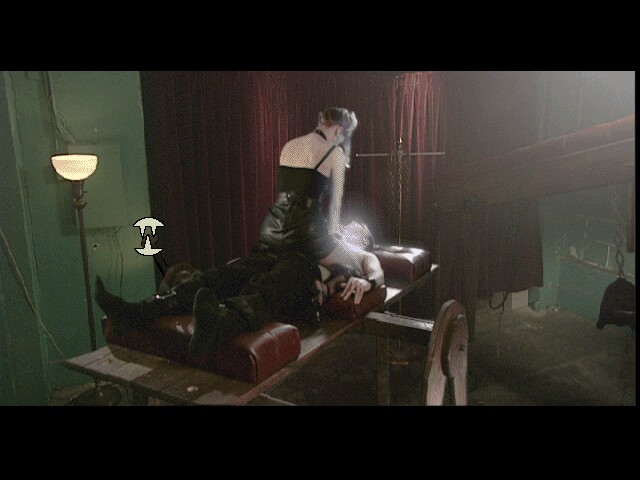