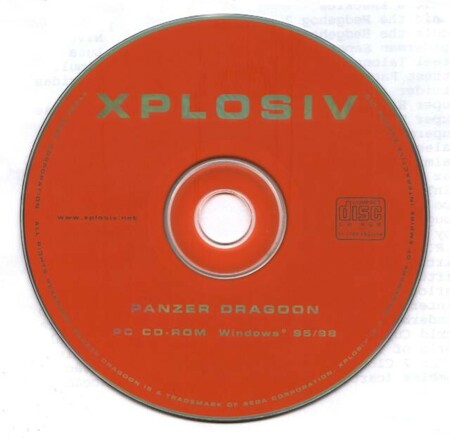 The Game
Panzer Dragoon is a rail shooter that follows the journey of Keil Fluge, a member of a hunting party who becomes the rider of a powerful blue dragon and joins it on its mission to stop a rival dragon from wreaking havoc on the world. The player moves an aiming reticle (representing the dragon's laser and the rider's gun) over the screen and shoots enemies while the dragon automatically flies through 3D environments on a predetermined track.

The game spans six levels, each lasting about five minutes, with a variety of boss battles. Over the course of the game, the plot is revealed through cutscenes using the game's own graphic engine. Gameplay consists of a player controls a flying dragon and his rider through an aiming reticle that can be moved over the whole screen with the D-pad; the player must shoot a variety of enemies (ranging from machines to monsters) in a 3D post-apocalyptic fantasy environment of barren landscapes and mysterious ruins of a fallen civilization. Progression through the levels is made at a predetermined pace, as the player is constantly set along a rail of gameplay. The only time the game pauses is during boss battles. A small degree of control over the field of vision can be obtained by moving the aiming reticle on the x and y-axis, but the overall direction of travel is predetermined. The dragon follows the reticle movements, allowing the player to avoid enemy projectiles and obstacles.

The player has a full, 360-degree field of view, and can quickly look left, right, forward, and behind the dragon. Enemies come from all directions, varying in size and health, and also appear on an on-screen radar that monitors the dragon's surroundings. Two weapons are available: the rider's handgun, which can be fired with a single button press when an enemy enters the aiming reticle, and the homing laser fired by the dragon, which can lock on up to eight enemies by moving the reticle over them while holding down the fire button. Some situations with many enemies on screen require the use of the lock-on laser, while in others, quick gunshots to weak spots will prove more efficient. 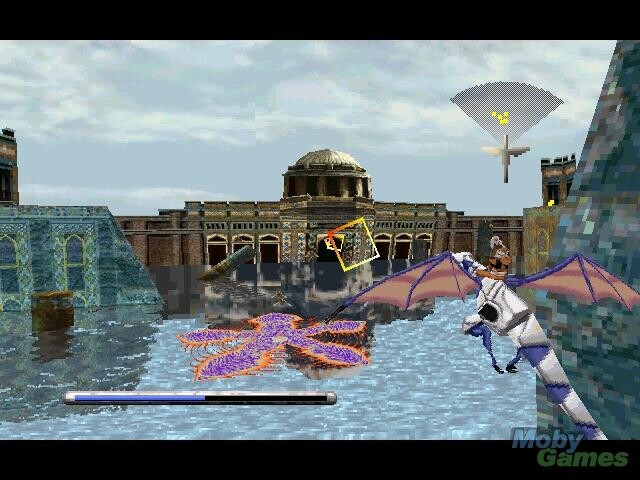 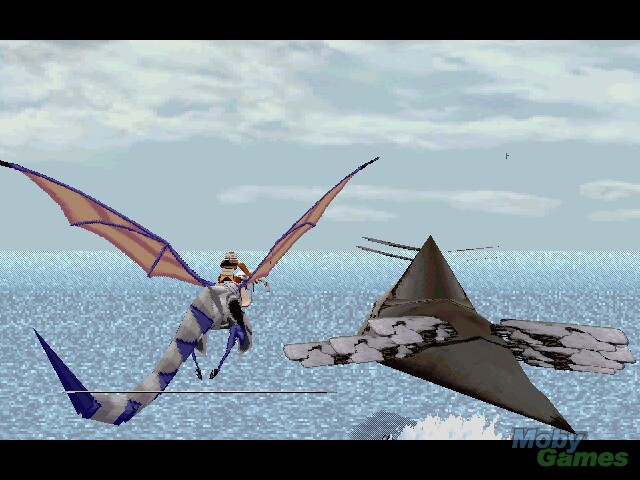