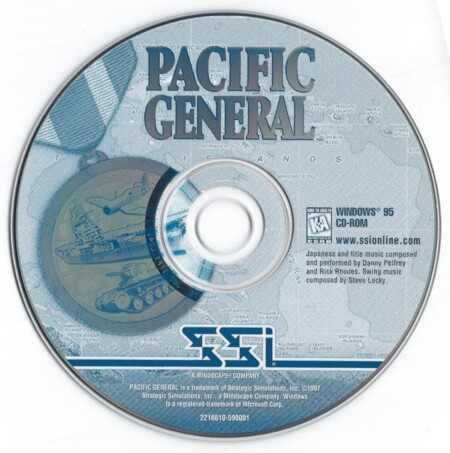 The Game
Pacific General was the last hurrah in the Generals series before moved on to Panzer General II and a new series of wargames. It does exactly what it sets out to do - give us all of World War II in the Pacific - and then some.

In Pacific General, you can take on the role of either the Axis or the Allied in a series of single scenarios or a full-blown campaign. Everything from the invasions of China and Burma and the attack on Pearl Harbor to the hypothetical invasions of the Japanese mainland (Operation Olympic) and San Francisco are here. Orders of battle for the Japanese, Americans, British, Chinese, and minor nations are included for with infantry, armor, artillery, naval, and air units.

Like its predecessors, Pacific General is a grand strategic game with a charming simplicity. The idea is to get novice gamers playing as quickly and easily as possible. Naturally, this is anathema to grognards who demand realism and accuracy (yet who keep playing despite their bitching). Think of it like Milton Bradley's Axis and Allies: a simplified game that gives you the flavor of sweeping conquest without the attention to detail. Combined forces attacks are out, and gameplay is a matter of moving a unit, then firing, then moving another unit, and so on. It's this ease of play that has made the series such a success.

PacGen introduces some innovations, the most prominent being the attention to naval warfare, which played a large role in the Pacific. Naval units occupy more than a single hex and can suffer "critical hits." These signify damage to the structure itself, and can be repaired in a special repair mode. Aircraft can be placed on CAP to protect ships from air attacks. Submarines can now be submerged for attack, with just their periscopes showing above the surface. Aircraft carriers can now be "opened" to reveal a deck full of fighters ready for launching. The interface is a bit cumbersome, and the means of repairing damaged aircraft at sea is obscure, but the innovation allows for grand naval battles like Pearl Harbor, Midway, Coral Sea, Guadalcanal, and the Marianas Turkey Shoot to be re-created with some level of skill.

Combined force attacks are also handled with more finesse. You can move a unit, then move another, then go back and fire with the first. By surrounding enemy units, you get on the attack, bringing the system closer to true combined forces tactics. The AI isn't tactically brilliant, but it's pretty tenacious and keeps on punching without the gross cheating of the original.

The campaigns and scenarios are top-notch, just tough enough to require a few tries, but not insane like those in the original. There is a major screw-up in the campaign engine, however. When you win a battle, you're taken to the deployment screen for the next battle, but you can't save. You have to choose the next battle, and deploy, and then begin the scenario before you can save, which means you better get that deployment right the first time or you're screwed.

Most interesting of all is a battle generator which gives you access to all the maps and units from PacGen, and most from Panzer General and Allied General. Though you can't edit maps, you can create custom scenarios, right down to the victory requirements, weather, units entrenchment and strength levels, and purchase points.

PacGen may captures this massive, sprawling conflict in an engaging, entertaining game. It's a worthy finish to a distinguished series. 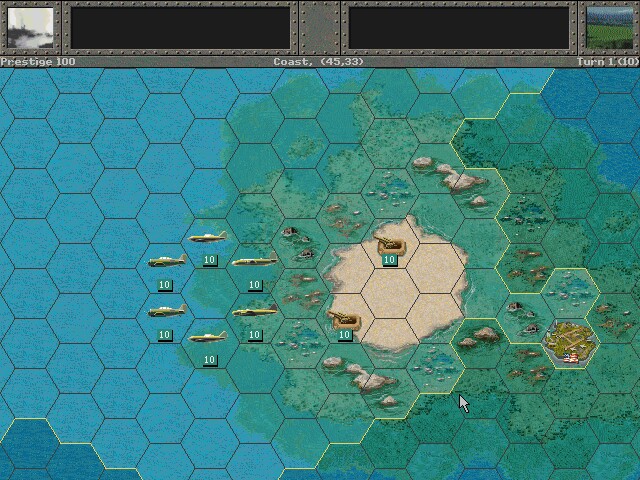 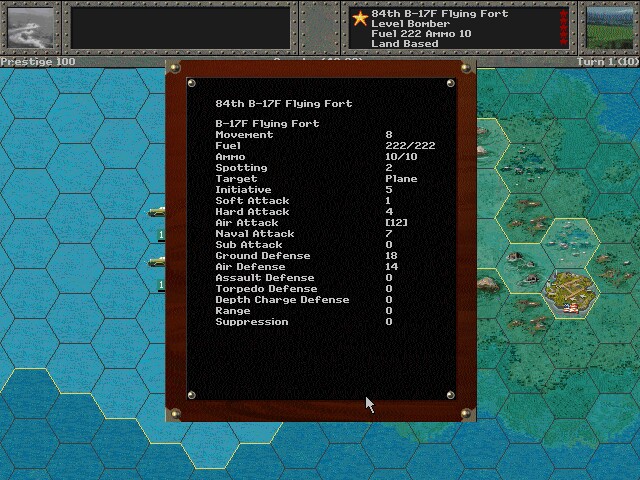