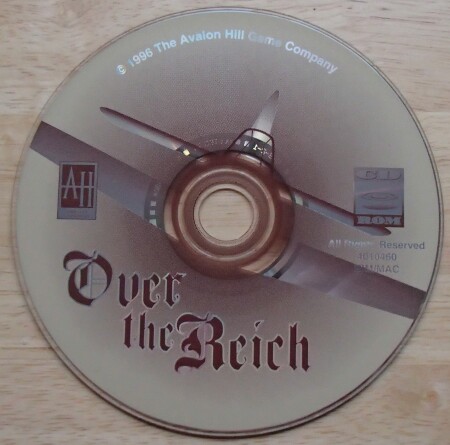 The Game
Over the Reich is aimed at people interested in the "head game" aspect of aerial combat, such as the complexities of setting up attacks, deciding which maneuver to use, and exactly HOW to approach an enemy pilot or fighter wing. The game requires that you grasp the nuances of move, counter-move, and reaction to succeed.

Over the Reich is Big Time Software's follow-up to Flight Commander II, which offered a strategic, turn-based game of modern air combat. OTR takes the system into the crucible of World War II and its largely prop-driven fighters and bombers, much to its benefit. Much has been written about these classic aerial engagements, particularly those in Europe, and they have been studied and turned over by historians and WWII buffs for years. The planes themselves - the P-51 Mustang, the Messerschmitt 262, the RAF spitfire - have entered the realm of legend.

It's familiar material to many, but it's never been approached quite this way, and in this lies OTR's appeal. You can play as either British, American, or German pilots in European fighter missions and campaigns from 1943-1945. (Big Time is working on a Battle of Britain game and possibly one for the Pacific War.) The game is played in turns on a 3D "battlemap" that represents a skewed top-down view of the action, with a background of clouds or ground features depending on altitude. Groups of planes move and fire guns or rockets or drop bombs in turn. Depending on the difficulty level, you have a lot of leeway over how you set up an attack.

Your goal is to maneuver into position to deliver the killing shot or shots. To do this you can bank, roll, perform complex maneuvers like immelmanns and loops, and change altitude. A panel with a stick, throttle, and banking control runs along the bottom of the screen, giving you all the information and controls you need to direct the plane. You're not controlling the plane in real time as you would in a sim, but telling the pilot how and where to fly his plane, then ordering him to execute that order. If you're in range, a cross-hair appears on the enemy with a "chance to hit" number from 0-100. The result is more like a classic wargame than a sim, with each plane's performance characteristics and weapons capabilities figuring into just how you attack. Do you try a head-on strafing run? A turning gun battle? A slashing attack? It takes air combat out of the realm of action and into the realm of strategy.

Dozens of classic, stand-alone historical encounters are included, most involving air-to-air combat between opposing fighting wings, but also bombing strikes with heavies such as the B-17, anti-shipping missions on D-Day, and tricky escort runs. (I found one mission that my father, a B-26 gunner/engineer, had been involved with.) If you enter the campaign game, you have even more choices, assigning particular pilots to various missions based on different skills and characteristics. Some have better eyesight, are more likely to be heroes, or are better fliers. Just how these pilots are used and what missions they're sent on is central to the campaign game, which is the real heart of Over the Reich.

Game complexity is set depending on "rank," which you can choose at the outset. The higher the rank, the more elements begin to figure into play, such as gun burst rate, altitude, banking, and so on.

True aviation buffs, especially those fascinated with World War II, will find Over the Reich a game worth the effort. 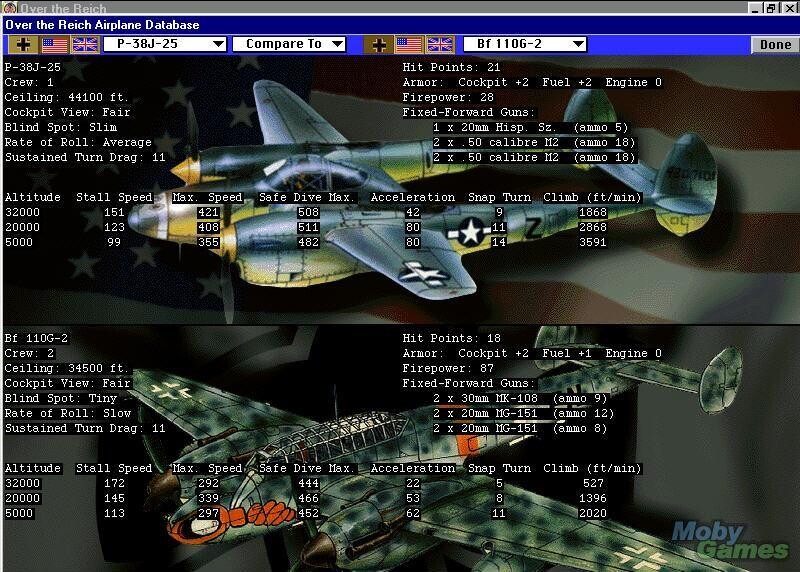 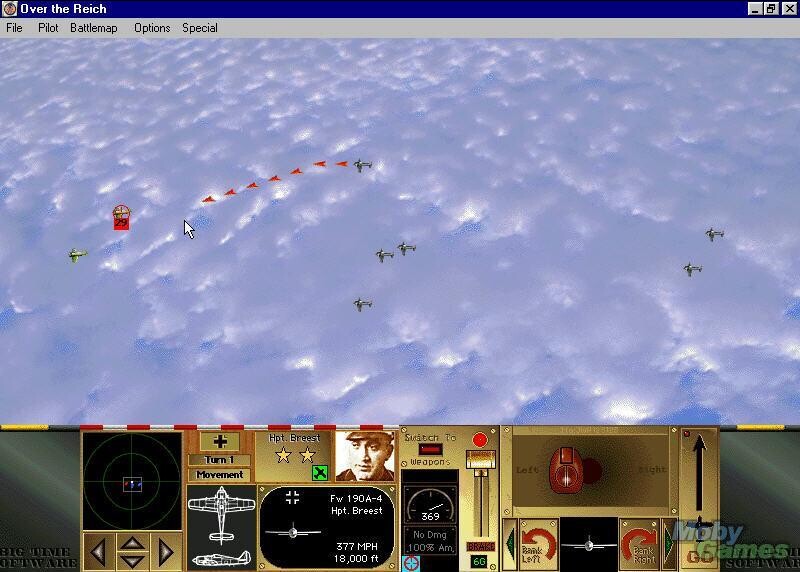