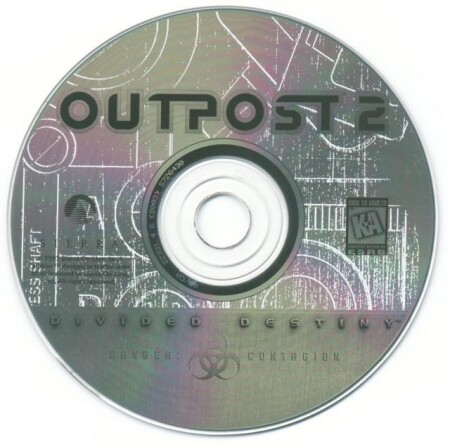 The Game
Outpost 2 is much improved from its predecessor. For those who don't know the plot of Outpost 1, a huge meteor has been detected heading for Earth and it is impossible to stop it. There is only one solution available, to leave Earth. A colony ship is built and boarded by a few hundred colonists who set out to colonize a new planet after Earth is destroyed.

Outpost 2 picks up where Outpost 1 left off. A new colony named Eden has been established on a distant and barely habitable planet. Everything is happy... at first. After a while, the colony splits into two groups, one that wishes to terraform the planet (Eden), and another that wants to adapt to its environment (Plymouth). Things eventually get ugly between the two colonies and they break off communication. Outpost 2 follows the struggle between Eden and Plymouth colonies.

Outpost 2 is a real-time strategy game. The player can build a colony, build units, conduct research, and go to war. What makes Outpost 2 different from most real-time strategy games is that most emphasis is placed on building your colony instead of fighting. Rather than building more and better factories for your units, most construction in Outpost 2 involves residences, hospitals and universities. I enjoyed the opportunity to spend more time trying to improve my colony rather than ordering an army around. That is not to say that combat is absent from Outpost 2, but just that it has a less prominent role than usual.

The somewhat reduced emphasis on combat is reflected in the units available. Each side has a few unit types, which loosely represent light, medium, and heavy tanks. Although there is a limited number of unit types, it is made up for by the fact that each unit can be equipped with one of a half dozen types of weapons. Defensive towers are also available for the more defensively minded player.

Game play reminded me very strongly of the computer game Dune 2. Both the base layout and mechanics of combat were very similar. Base layout is very freeform, with the only requirement being that most structures must be connected to the command center by tubes. The freedom of base layout also gives the player the interesting strategic choice of whether or not to build in a strategically valuable position that happens to be in an area of lava flow. The game tracks the morale of your colony, which must be kept high in order to prolong the life spans of your colonists, and to ensure that enough children are born.

Outpost 2 can be very engaging at times, and has the potential to keep you up burning the midnight oil. Its "last humans alive" premise in intriguing. It is fairly complex, and so I would not recommend it to the beginning strategy player. It is also not as combat oriented as some other real-time strategy games out there. So for the bombs and missiles crowd, I would suggest you look elsewhere. But for the real-time strategy player who is more interested in building than bombing, Outpost 2 could feel just like your home planet. 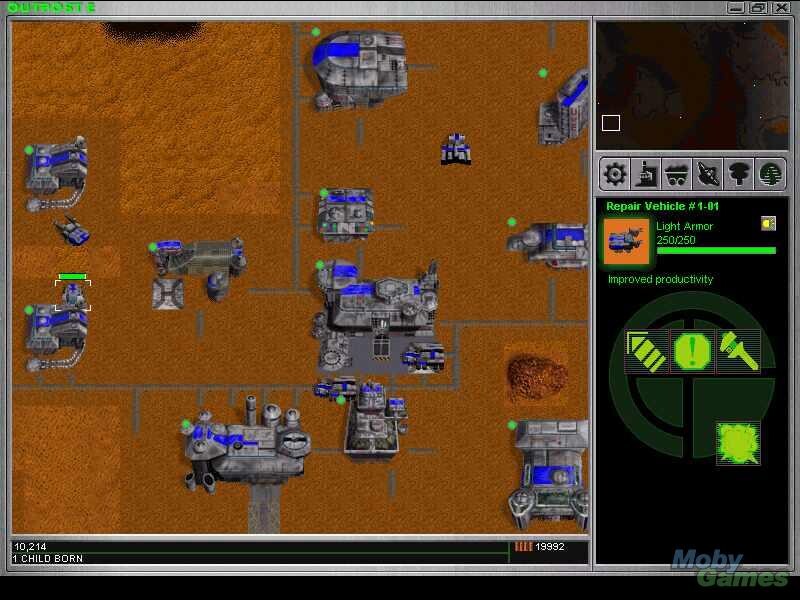