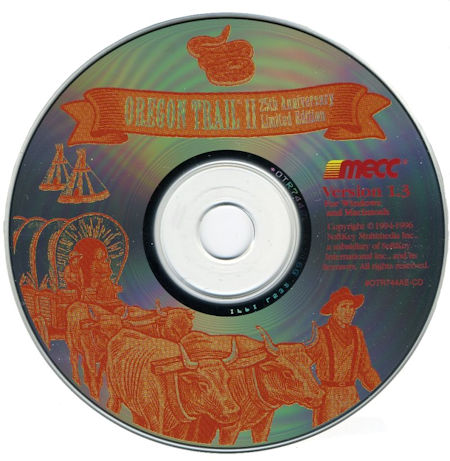 The Game
In 1996 MECC released a compilation CD to commemorate the 25th anniversary of The Oregon Trail. The CD includes:

All of the games, and the video, will run on any Macintosh made in 2009 or later.

Oregon Trail History
One of the favorite games of my fondly remembered childhood is a text based adventure called Oregon which was released in 1975 on a time-share mainframe setup called the Michigan Terminal System (aka MTS). I first played the game in 1977 using a teletype terminal connected to a PDP-11. It was a magical and intense experience having to hunt for survival, forage for food, and defend my settlers from Indians by typing very quickly when prompted. I was quite the weathered trailblazer when I impressed all the kids in my class with my completed printout of the journey. Although utterly primitive by today's standards, the excitement of trying to survive the Oregon trail, controlled by a hulking mysterious machine far away, was a brand-new experience to children just before the onset of the digital age. 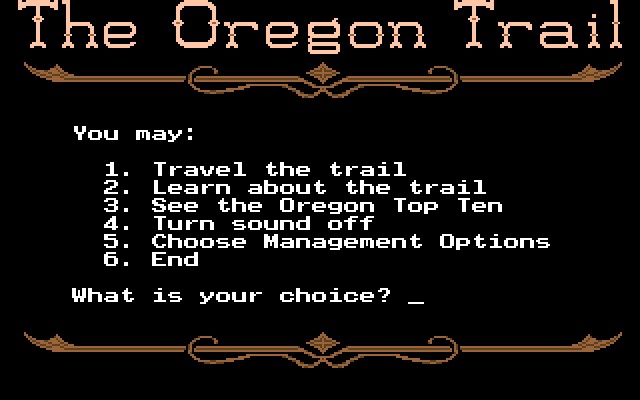 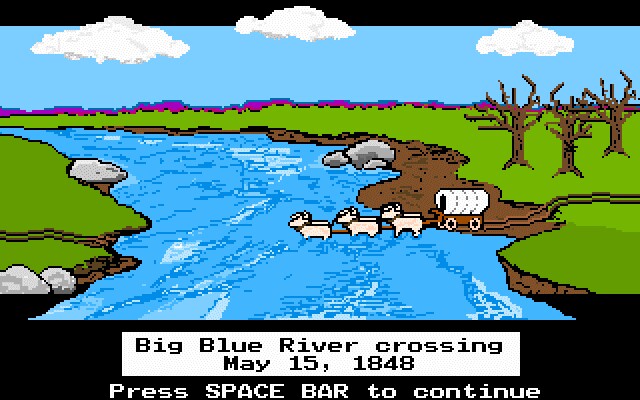 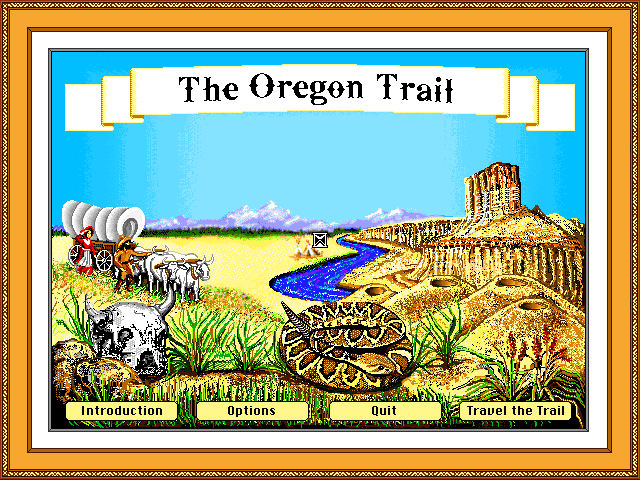 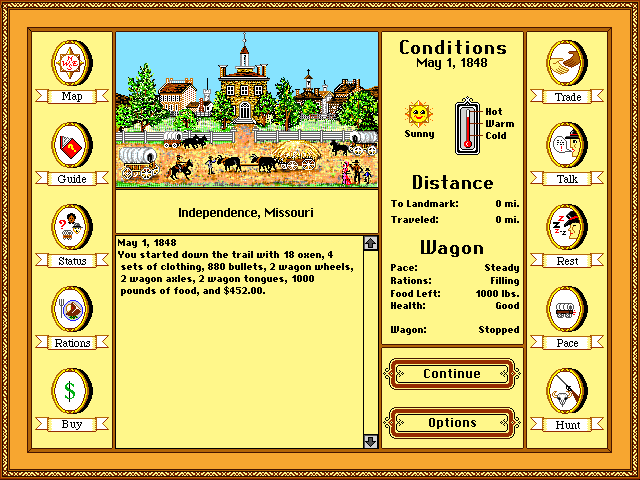 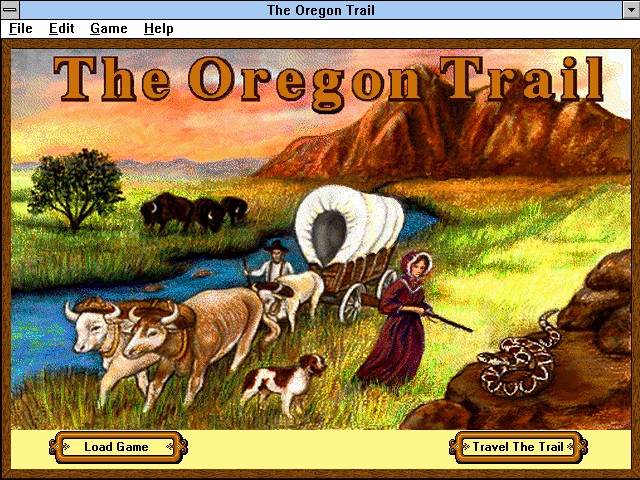 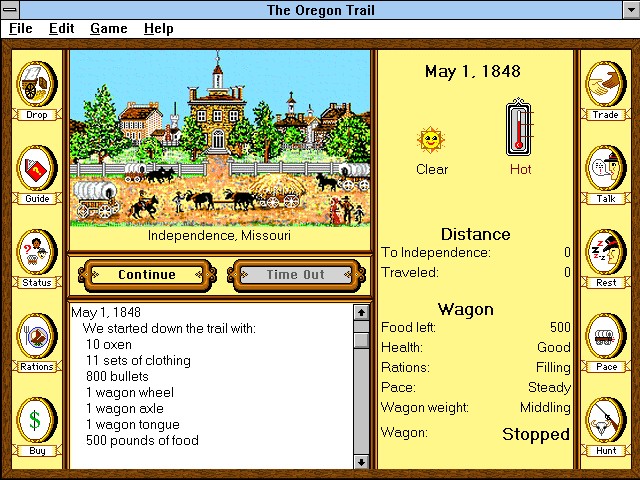 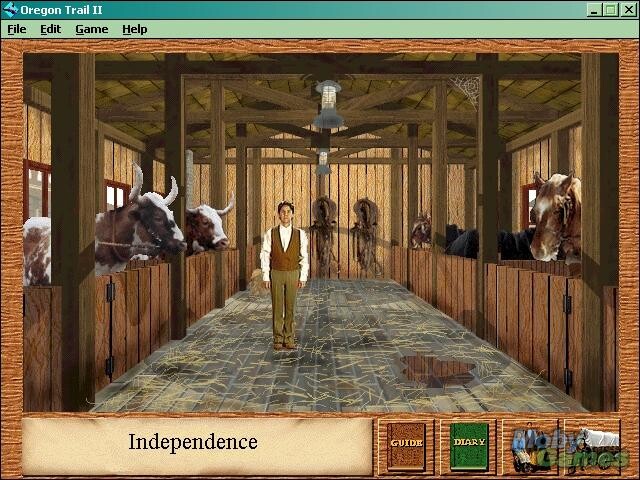 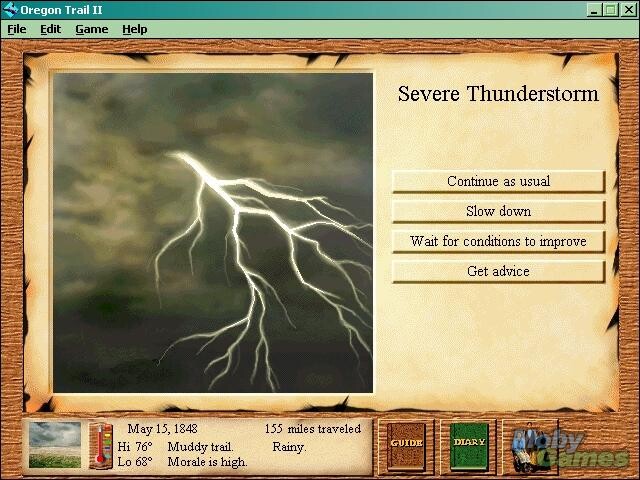