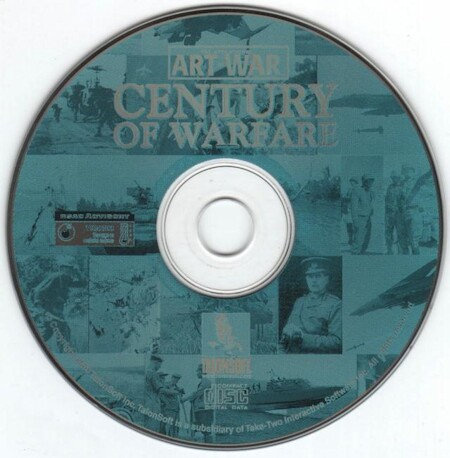 The Game
The best computer wargames pay homage to their tabletop ancestors, becoming in essence grand computerized translations of paper maps and cardboard markers. Atomic's V for Victory games, arguably computer wargaming's high-water mark, worked well because they melded the familiar wargame format (tiles on maps) with an ease of use that could only come with a computer. The Operational Art of War, Vol. 1 sets another high-water mark, but on a much grander scale, and creates a new standard for large-scale computer wargaming.

The Operational Art of War is a dream project of designer Norm Koger, whose resume includes such great computer wargames as Tanks, Age of Rifles, Conflict: Korea, and Conflict: Middle East. Koger's trademarks are a rigid adherence to realism, detailed unit modeling, unusual scenarios, powerful scenario editors, and - most importantly, considering the preceding characteristics, ease of use. At SSI, he didn't get as much attention as the other chief designer, Gary Grigsby, but his games were based on infinitely more sound designs and have consequently held up better. No one will puzzle over The Operational Art of War as they did over Pacific War.

This doesn't mean The Operational Art of War is lightweight. It's exceedingly complex, but its complexities are layered and ultimately accessible. A user-friendly tutorial and largely intuitive interface ease you into gaming, but there's plenty going on below the surface. Since the game system encompasses nothing less than the whole sweep of modern warfare, ease of use is essential to keep you from becoming mired in details, as with the Third Reich system.

In game terms, "operational" essentially means the place between grand strategy (where political and resource modeling become necessary) and tactics (where close combat and maneuver are more common). This means combat is based upon the range of the weapons involved. In essence, it plays like a divisional-level game with a flexible scale and detailed unit composition. The scale can range from 2.5 to 50 kilometers per hex and from company to corps level. Units are represented on the map by standard tile markers, though a 3D mode reminiscent of TalonSoft's Battleground games is also offered. These units are linked into command groups ("formations") that are able to work smoothly together during combat. To set up an attack, all you need to do is click the attack unit or stack of units and right-click on the target. Pop-up menus enable you to set the degree of attack. A "plan an attack" feature zooms in on the surrounding hexes to fine-tune which units will attack and check the probability of success and projected casualties.

Phasing is simply alternating turns with an initiative roll to see who take the first phase of the next turn. There is no messy multiple phasing, but a great deal is going on below the surface. The game tracks weather, terrain states, theater-wide air superiority and interdiction, intel, local patrols and recon, guerrillas, supply, replacements, reinforcements, political events, and more. It does all this without burying the user in minutiae. Enemy AI is outstanding, and multiplay embraces e-mail, modem, and network for two players.

By creating such an open-ended system, Koger is able to do two things: model all conflict from 1939 to the present and offer users an incredible scenario editor. Volume 1 of The Operational Art of War covers from 1939 to 1955, while Volume 2 (due next year) will cover from 1956 to the near future. Fifteen very large and time-consuming battles are included, focusing on the Eastern and Western Fronts, North Africa, and the Philippines during World War II, the Arab-Israeli War in1948, the entire Korean War in one terrific scenario, and a hypothetical Warsaw Pact-NATO war in 1955. The Korean scenario (with 30-40 hours of gameplay) would be worth the price of admission on its own. Detailed force modeling and orders of battle are included for all combatants, with an extensive database that is fully accessible through the core of the system: the editor.

Koger's recent games have been highlighted by strong scenario editors, and The Operational Art of War is no exception. With The Operational Art of War, the flexibility of scale makes this the ultimate wargame editor. Maps, units, orders of battle, victory requirements, and even events are all placed in your hands. It's a daunting process, but military buffs will welcome the power of this system. The 15 core scenarios are already growing exponentially as new battles are published on the Web, giving The Operational Art of War a vast shelf life. The editing system is smooth and simple to use, though the underlying concepts can be devilishly difficult to master.

The Operational Art of War is a class act all the way, offering almost every feature a wargamer could want. The sweeping scope, strong modeling and AI, and sharp graphics for its time. 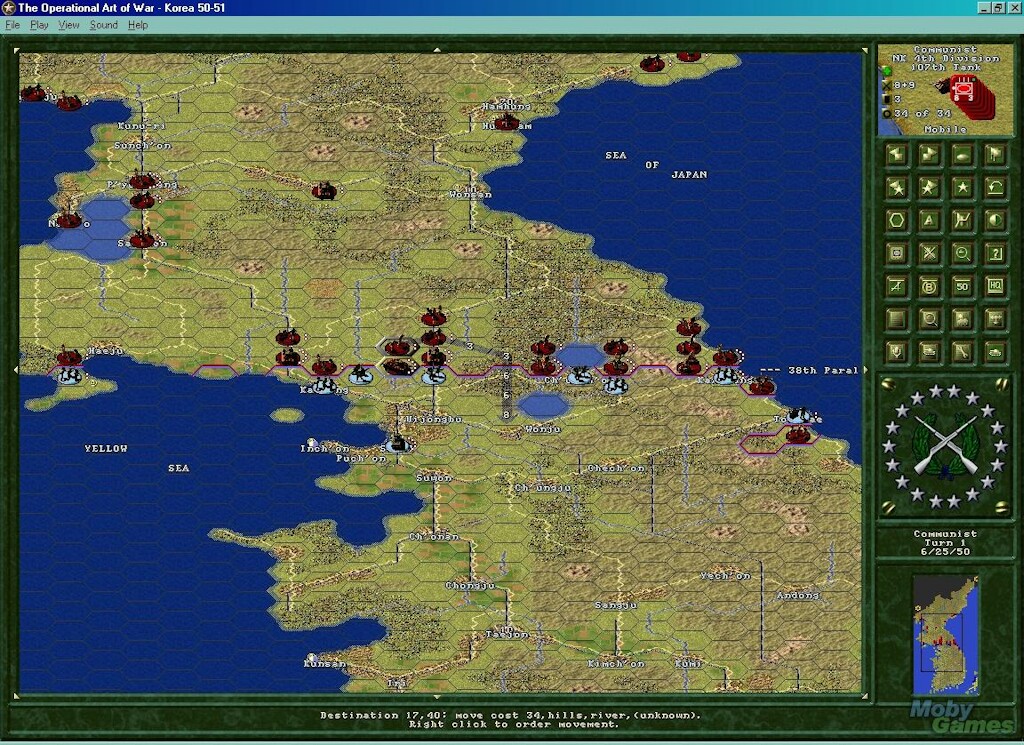