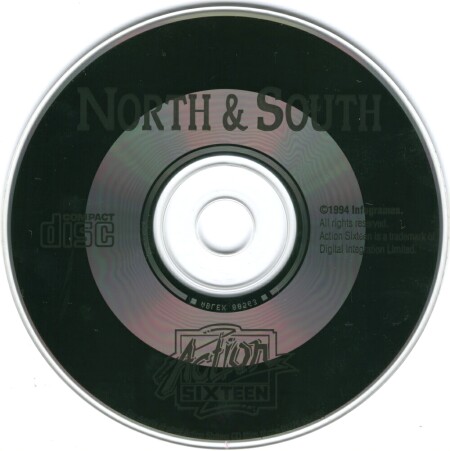 The Game
North vs. South is a turn-based, tactical combat game set during the American Civil War. You take command of the leaders on the battlefield, each intent on changing or preserving history. You won't find any larger strategic options here. It's totally out of your hands how the armies are controlled within the larger theater ... you just get to fight the battles. While control over the larger shape of the war would have been a great addition, the game's focus on battlefield action is rewarding. The complex command system and morale ratings make this game much more intelligent than others of its type.

There are ten total battles you can choose from, each of them from the Eastern Theater. You won't find Shiloh or Vicksburg here. You will find Antietam, Gettysburg and Bull Run (Manassas to some, but what do you expect: I-Magic was in North Carolina). In addition you'll get some smaller, lesser known engagements like Brandy Station-the war's only big cavalry battle-or Lee's first fight, Gaines' Mill. Each scenario has individual victory conditions. Most involve securing key areas on the map from the enemy. Many involve time limitations. There are some pretty thoughtful, alternate history type scenarios too. As if this wasn't enough, you also get a pretty thorough scenario designer.

You may play the battles individually or as part of a branching campaign. You can refight the war from 1st Bull Run through Five Forks. The next battle is determined by (among others things) which side wins the current battle. The game ends when Richmond or Washington falls. The scenario flow chart does permit you to loop back and refight previous battles, which I thought was a little strange. And there's little carryover from battle to battle. Units are completely reconstituted regardless of their previous status. The only things that you can't replace are your commanders. When killed they are replaced with inferior substitutes.

There are five kinds of units in North vs. South. Most important of all are your commanders. North vs. South has a pretty complicated command model which was also extremely realistic-and therefore, realistically frustrating. Each leader (and there can be multiple leaders for each side) has a number of impulse points which represent actions that the leader may take with units. And each leader has a control range meaning he may only activate units within his own control range without penalties. Leaders can activate units outside of their own groups, but those units will suffer for being outside of a leader's effective range of command.

There are three levels of leadership in the different armies. The highest level is Army Commander. These men can activate and move any unit with no penalties. They also activate all of your subcommanders. Just under the Army Commanders are the Corps Commanders (I didn't know it was that kind of army!). These men use the soldiers within their own group and are also responsible for activating the Division Commanders. Your commanders at the division level are responsible only for leading their troops. In addition to different responsibilities, each commander has unique leadership characteristics.

The infantry may move and fight in either line or column. You have freedom to rotate the formation or change the facing of the individual men to adjust to changes in the battle. Overall, they're very flexible in terms of movement. It's fighting that they suck at. The short range and inaccuracy of the weapons of the time make gunfire a hopeless exercise. That's why God made bayonets. The good news is that you have some; the bad news is that the enemy apparently knows where you got them.. More on this later.

The mobile branch of your army is composed of cavalry. Don't worry about these guys. For the most part, they don't even exist. Those that you do get will be very useful for pursuing routed enemies and harrying the flanks of the enemy.

The reason you don't have any cavalry is because all the horses are in service hauling cannons. Your artillery comes in three kinds, each of which is useful. It's best placed under protective cover because it's a high priority target for your enemies. It does a great deal of damage from a reasonable distance away. I was somewhat perturbed by the tendency of my cannons to fall apart after a few turns of use. We still don't know what causes it. Me thinks pre-WWII gremlins might have something to do with it ... don't fee 'em after midnight, y'know.

Last but not least are the supply wagons. Since all guns consume ammunition, the victorious commander will be the one who makes sure to position the supply wagons close to the action. Whenever a unit runs out of ammo, it automatically reloads of off any supply wagon within five hexes. When you only get 6 to 10 shots per load, resupply becomes critical.

Melee in this game is a bloody affair. Two units within one hex of another may initiate melee. The press ends in either total annihilation or a rout. You win, you die or you run; there is no fourth option. Physical combat is where it's at, unfortunately. You wont win too many battles with only gunfire-in fact, you won't win any.

Melee is almost wholly dependent on the Morale Ratings of the units involved. We did a little informal survey on the battlefield and found that nearly 4 out of 5 people would rather take a brisk walk in the direction away from the enemy than be stabbed repeatedly in the stomach-the stomach if they're lucky. Morale is an idea commanders have come up with to keep soldiers from following that instinct. Still, sometimes cowardice is sooooo tempting. Despite the best efforts of your generals, your soldiers won't fight until they are dead-at least, they won't choose to do so.

A unit is routed when its damage exceeds its morale rating. Commanders may attempt to restore the morale of shaken troops. That's a pretty good idea since routed units are virtually no good to anyone. They are destroyed entirely if attacked. Only your leaders can rally them together. Even then they're no real help. They tend to panic again at the slightest little thing. Apart from being useless, they can actually harm your own units. Any unit the routed unit runs through suffers morale penalties too. Keep in mind routed units are always an outcome of melee. You don't want your first line running through the second and third shouting "They're not kiddin' man! They're usin' real (expletive purged) bullets! I'm outta here! See you back at the plantation!"

The maps in North vs. South are nice. They're laid out on a hex grid that you view from an oblique perspective. You may flip the map around and zoom in or out. These options are really helpful because the game terrain often obscures units from view. The terrain features are also integrated into the mechanics of the game. The various woods, hills and rivers give bonuses and penalties for movement and combat. They may provide cover and concealment for cannons, or flanks for your infantry.

This game isn't perfect and it has its share of bugs, but I really enjoyed the whole experience of battle in North vs. South. Sure, the graphics aren't great and the command interface is a little quirky, but I thought the game design was solid-at least from a standpoint of concept. While I would've changed some things, I think the game stands well on its own. The leadership and morale systems will make this game stand out amid some of the more simple simulations. Be assured that if you're feeling frustrated while playing, that you're probably feeling the same frustrations that the actual commanders felt. 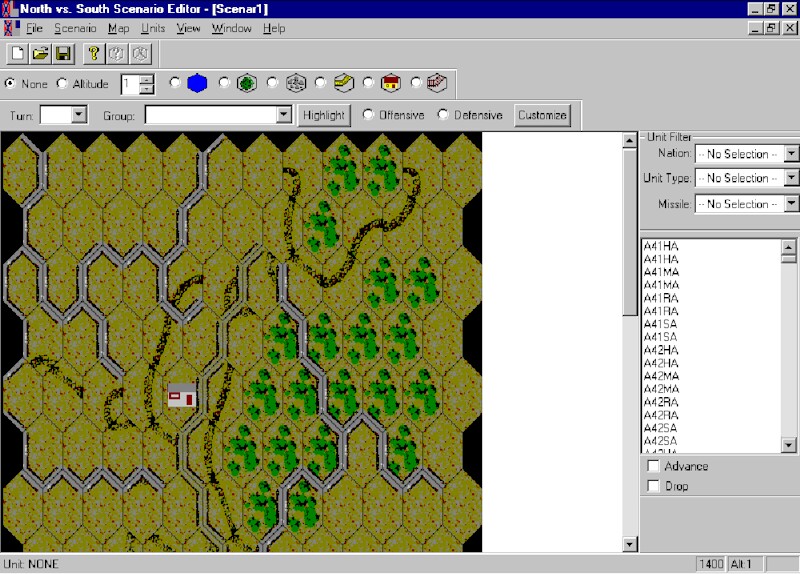