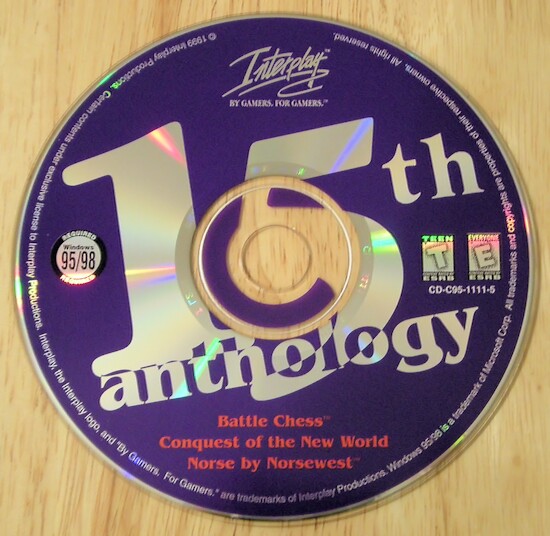 The Game
Norse by Norse West looks like a fast-action, side-scrolling platform game sending your thumb-sized characters on one daring misadventure after another.

While the playing area is artfully drawn in 2-D, the characters - in their third appearance on the small screen - are rendered in 3-D. Our leading men are three wisecracking, waylaid Vikings. Praiseworthy supporting roles are played by two friendly monsters - a werewolf and a fire-breathing dragon - who drop in on the fun now and then. The game's pixilated personalities are as colorful as the settings and attire they find themselves in. The trio's goal in each level is always the same: Come out alive. Along the way they pick up various items that, when combined, warp them to the next stage. Figuring out how to safely traverse each level is what makes Norse by Norsewest so challenging. While the route may look straightforward, it rarely is. Which is where your keyboard-controlled characters enter the moving picture.

Each character has a unique talent. Erik the Swift, for instance, can run very fast and break down walls, clearing the way so the portly Olaf the Stout can waddle though to the next segment of the level. Olaf, in turn, wields his heavy shield to block fiery spitballs, making it safe for Baleog the Fierce to slip by and bolt up a ladder. Once he's topside, Baleog hacks and slashes skeletal foes with his sword or bionic arm. This prosthetic also operates as a grappling hook, enabling the little fighter to cross spiked-floor passages barring his comrades' way. While you manage one character, the others wait patiently for their turn in the play, when their unique contributions are called for to advance the team to the next stage, one for all and all for one.

It's this process of taking turns, running one little guy after the other after the other, that illustrates the spirit of Norse by Norsewest: teamwork. Every character is utterly essential to completing each level. If one dies, the level is a wash; all characters must be alive at the end of a level in order to advance to the next one. Which is always harder than the last. At times some levels seem impossible to figure out... until suddenly you see how a character's special talent must come into play. Flipping Olaf's shield on his head, for instance, allows him to walk off a high ledge and float gently to the ground, reaching the secret elevator that lifts him to another zone. The levels are so diverse that at times the characters are at opposite points of the liberal playing area, virtually screens apart. Get through the first few levels and this weird sense of responsibility takes over, as though you're some almighty overseer of a Viking-infested ant farm, ushering your hearty little band through one tough call after another. Irresistible is the word to use here. Indeed, the enduring trio of Lost Vikings and their two little friends make a winning team. 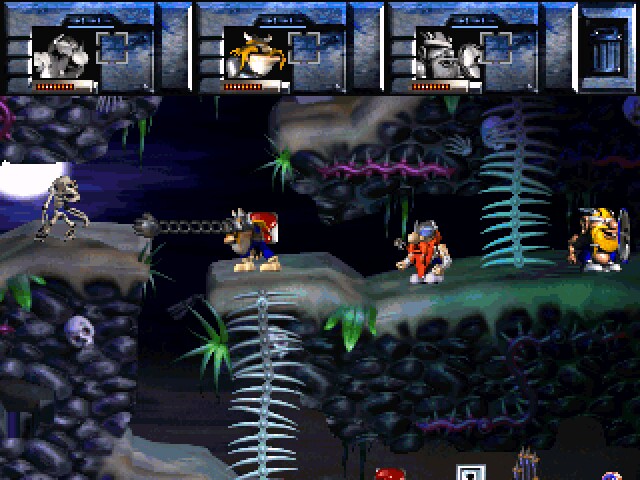 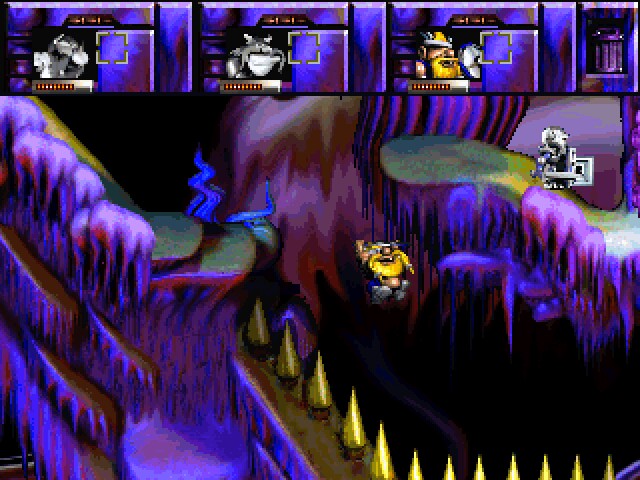