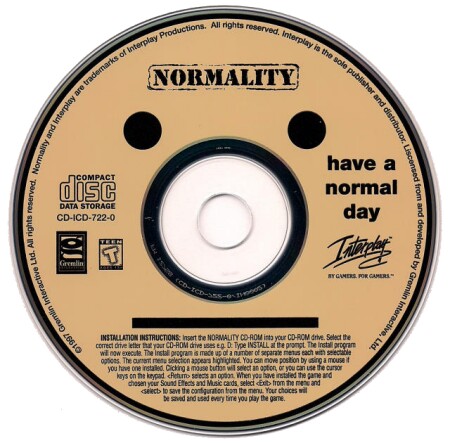 The Game
In Normality, your objective is to assume the mantle of Kent, a seemingly affable slacker and resident of the city of Neutropolis, a dismal burg where ominous black clouds perpetually block the sun and a strict behavioral code is enforced upon residents which strictly prohibits acts of creativity, individuality or any other behavior that would otherwise cause a person to deviate from the established standards of “normal” behavior. Naturally, Kent is one of the few free-thinkers left in this society and throughout the course of the story, your job is to unravel the machinations of the evil dictator of Neutropolis and liberate the denizens of the city from his oppressive grasp, bringing back sunlight and anarchy to the masses.

While this doesn’t necessarily sound like a particularly light-hearted premise, Normality is a strictly tongue-in-cheek adventure, with Kent functioning as essentially a stoner version of Harrison Bergeron. However, unlike the best comedic adventures (e.g., Monkey Island, Grim Fandango, Sam & Max) the humor in Normality isn’t especially clever or subtle and in most cases operates on the same level as the average sitcom—the jokes are numerous, obvious and not particularly funny, but not bad enough to change the channel. That having been said, while the humor for the most part misses the mark, the story is fairly entertaining and managed to maintain my interest throughout the game.

Perhaps the greatest strength of Normality, though, lies in its puzzles. These are primarily inventory-based and, while not terribly difficult, should provide a decent challenge to most gamers. Although I question the logic behind a few of the solutions, the answers to most of the puzzles are fairly intuitive and should avail themselves to most gamers with the application of a little logic or, at most, a little tenacity.

The game’s interface is handled primarily via a menu accessed by right-clicking the mouse (similar to Full Throttle), which hosts the standard complement of adventure gaming actions (talk, use, examine, etc.). As a nice touch, these are alternately available via keyboard shortcuts. Navigation, likewise, can be handled via mouse or keyboard. The controls are easy to learn and understand, and if you've played any 3D action games, you are halfway there.

In the end the game is a little short, but not annoyingly so. The puzzles range from very simple to somewhat difficult. You cannot die in the game, and I have always liked that in an adventure. Overall, the game is a lot of fun, and if you don't mind the game being a little on the short side, I recommend this game highly. 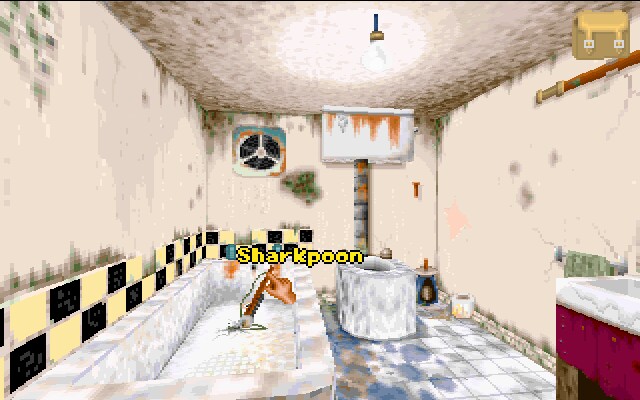 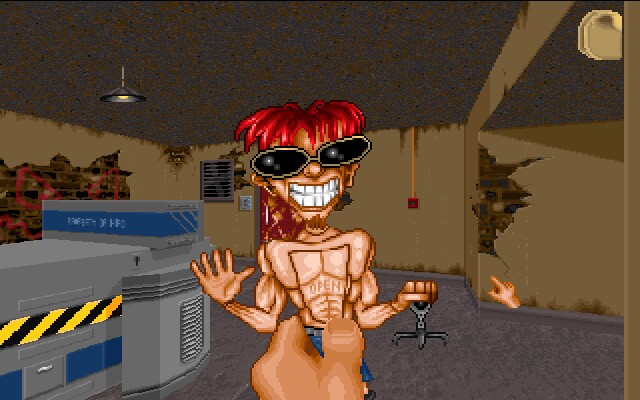