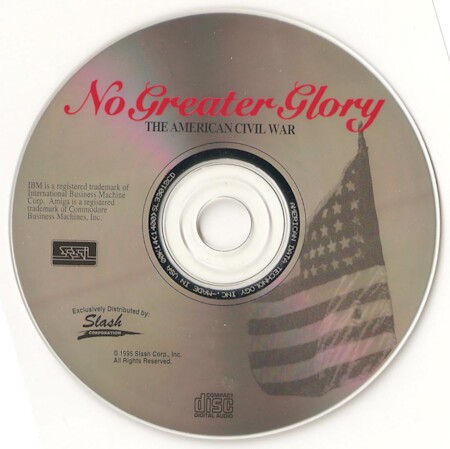 Actual Game
The Game
No Greater Glory is a war simulation from SSI covering the Civil War on a strategic/grand strategic level.

NGG puts you in the presidential spot (either side) and confronts you with a series of decisions. In addition to shuffling armies around, you have to repeatedly set one of four policies on emancipation (None, De Facto, Partial, Full), peace terms (Independence, Reconciliation, Reconstruction, Conquest), public order (Non-intervention, Censorship, Suspension of Habeus Corpus, Martial Law), recruitment (Solicit Volunteers, Mobilize Militia, Limited Draft, Total Draft), overtures to Britain and/or France (Entice, Bribe, Coerce, Threaten), as well as deciding how to pay (bonds, taxes, or paper money), which leaders to promote or demote, whether to recruit blacks (both sides can, with predictably different effects), how much to spend of supplies, ships, forts, and so on.

The game works rather well. I've never played another wargame that gave me the feeling of running a republican government (Congress is constantly looking over your shoulder, as are the governors of the several states). Every action has political consequences. Demote Butler and watch your support in Massachusetts disappear. Free the slaves and watch each region react according to its predominant opinion. Recruit blacks early in the war and listen to the people howl. Don't recruit blacks later in the war and they howl just as loud.

Because the game is focused on the grand scale, as opposed as day-to-day tactical skirmishes, your most important military function is thus getting recruits, feeding them, and delivering them to the generals. You set a recruitment level (subject to Congressional approval) and raw recruits appear in each of your territories where you have support (there is recruitment resistance somewhere just about every turn). You then rail, river, or ship them along, along with supplies. Supplies are very big in this game. You really get an insight into the logistics of the ACW. The game forces you (especially as Lincoln) to trade off between how many troops you want to send out and how far you can send them, since supplying an army that has advanced twice as far along a railroad uses up rolling stock twice as fast.

The only shortcoming I have found in the game is that the supply and troop transport can take a long time. It's fascinating, but also sometimes tedious. However, there is a built-in AI that will do some of the work for you if you are so inclined.

Other than this, I'd say that the game is almost perfect at what it tries to do. It doesn't let you turn flanks and bombard and rally and all those cool things (tactically, anyway), but that's not what the game is about. One the other hand, the two activities mentioned above (transporting troops and supplies and assigning commanders to armies) take up about 60-80% of the game, so they are not minor problems.

All in all, No Greater Glory is a unique masterpiece, with special things to say about the interaction of war and politics and of movement and supply. In fact one could almost believe that the whole game was set up to demonstrate B. H. Liddell Hart's thesis that mid/late-19th century armies were so well supplied that they were helpless. 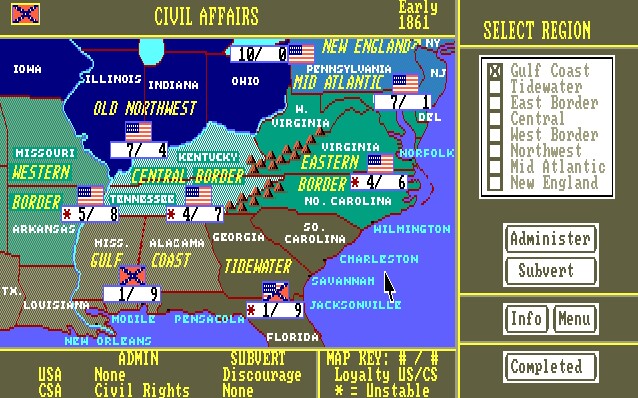 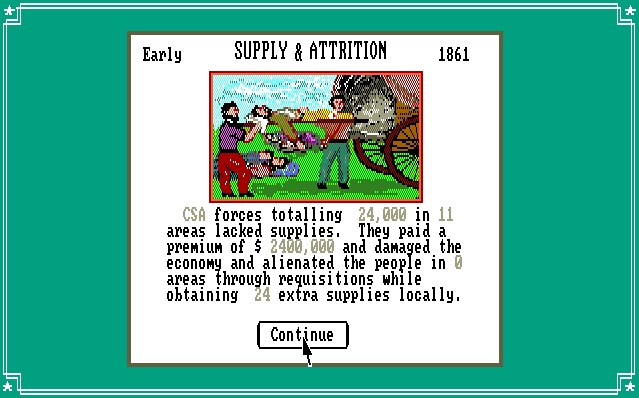