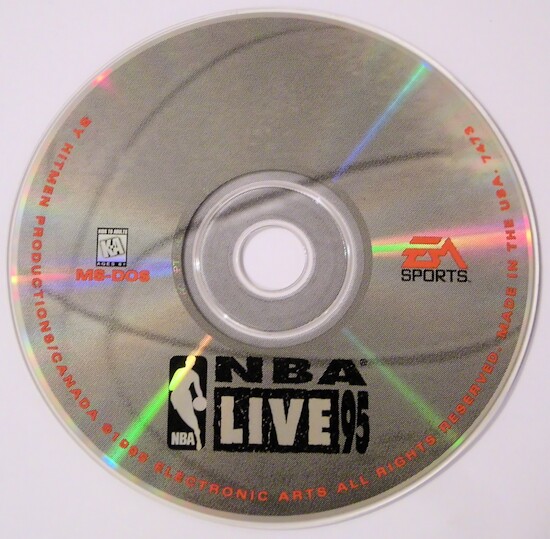 The Game
NBA Live '95 is a 5-on-5 basketball simulation based on the hit Sega Genesis/Super Nintendo version. The game took what was then state-of-the-art 16-bit action to the next level with great gameplay, graphics, and sound. All 27 NBA teams are featured with their complete rosters as of February 23, 1995. The only missing players are Charles Barkley and David Robinson, due to contractual reasons.

Each player has his own high-res portrait and in-depth skill ratings. NBA Live '95 features a TV style presentation complete with digitized intros of the starting lineups. This was groundbreaking for a mid 90s game. Each NBA Live '95 court is almost an exact replica of it's real-life counterpart.

NBA Live '95 features 3 modes of play: Exhibition, Season (26, 52, or 82 games), and Playoffs. Using 2 joysticks, the keyboard and mouse, up to 4 players can compete against each other or against the computer. Complete player stats are kept for every single player throughout season play. The stats can be sorted by any category, simply by clicking on the stat heading.

You can also trade any player in the league. The game even allows you to make up to 4 custom teams. (Try playing against a team of 12 Shaqs!) The gameplay is similar to the Genesis/Super NES version. It's fast paced and smooth and you're in control of everything from dunks and blocks to alley-oops. The animation very well-done. You'll see behind-the-back passes and a variety of different dunks. The players are detailed well and you can easily tell them apart.

There are 3 difficulty settings, ranging from a normal computer to a down-right cheap computer. For example, when the computer is losing by more than 10 points or so, it will shoot 3's at almost every opportunity. By the end of the game, the computer will have shot about 8/43 from the 3-point line. On the hardest setting, the computer has no problem blocking shots and stealing the ball.

Despite poor artificial intelligence, NBA Live '95 is the definitive 5-on-5 game for its time. It's digitized graphics and sounds add to the great gameplay and detailed stats. If you are a fan of PC basketball sims NBA Live '95 is worth a try. 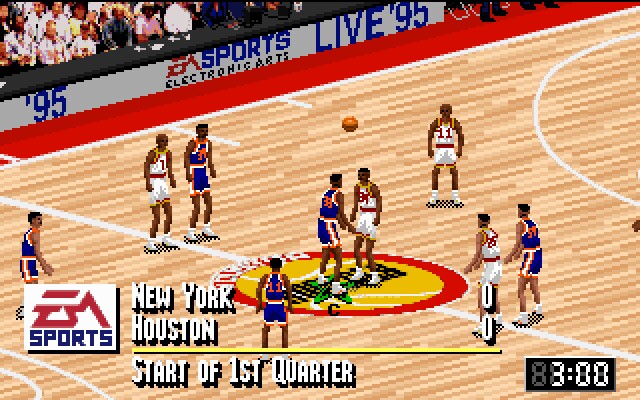 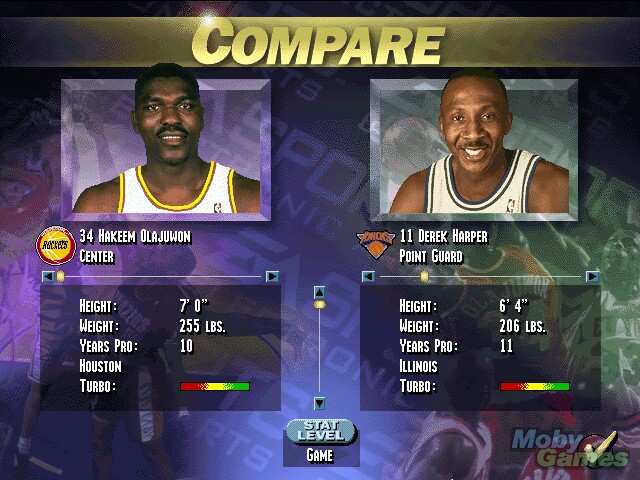