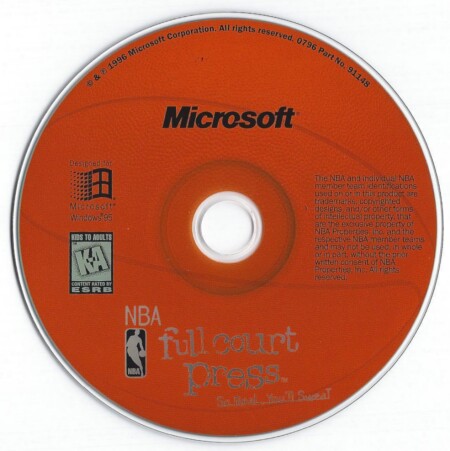 The Game
Microsoft's NBA Full Court Press has all the essentials: 29 NBA teams and nearly every NBA player (Michael and Shaq can't be included for contractual reasons), along with Western and Eastern Conference All-Star teams and four custom teams you can mold to suit your tastes.

You can play a single game, play an entire season consisting of 32, 56, or 82 games with variable lengths for playoff series, head straight for the playoffs (again, you choose the length of each series), or even take your team on the court for practice. The team editor lets you trade players to reflect current rosters, and the player editor lets you change names, number, ratings, and hair style.

It's after you've adjusted your line-up and selected your coaching strategies (offensive and defensive stances, up to five offensive plays out of 100) that you'll get to the most fun part of NBA Full Court Press: the action on the court. Four-button joystick support gives you a high degree of control over the players, and an option to control a single player (instead of always being the ball handler or switching from defensive player to defensive player) means you can call for the ball on fast breaks, alley oops, and backdoor slams. Player animation is extremely smooth and realistic, with defensive players backpedaling, dribblers spinning to evade a press, and shooters launching turnaround jumpers - and, of course, various slams and jams. The only gripe I have with the animation is that players on the receiving end of a fast-break pass stop dead in their tracks to make the catch before resuming their journey to the basket: It looks silly, and allows the defense to catch when they shouldn't be able to.

Adding to the experience is the play-by-play commentary by Kevin Calabro, voice of the Seattle Supersonics. He's one of the best in the biz, and if you've never heard him before you'll get a real kick out of his trademark expressions, like "24-second violation, camping in the lane - Kumbaya," "He's on him like Cagney with half a grapefruit," "You gotta get up for the downstroke," and my favorite, "Googily Moogily!"

While on offense, you'll be able to shoot, call for the ball, pass, fake a pass or shot, and use turbo to blast by an opponent. Defensive players can rebound or block, steal, and use turbo as well. You are also free to switch players at any time while on offense or defense, and can choose from 100 plays patterned after those used by actual NBA coaches. NBA Full Court Press supports the keyboard, mouse or joystick controls, and each button function is fully customizable.

Three difficulty levels are available (Rookie, Veteran, and All-Star), but those still having trouble can learn the ropes in the Practice mode. Simulation fans will be able to edit and modify team rosters, toggle player fatigue and injuries, call timeouts, create four custom teams, adjust six rules, and set quarter length from one to twelve minutes. Think the computer is an unworthy opponent? Take on up to three friends via modem or network!

NBA Full Court Press features 250 player motions such as dunks, layups, and more. Individual player and team statistics are kept during the game as well as tracked throughout a season -- whether you play it by yourself, with friends, or have the computer simulate it for you. An in-game help menu even includes a glossary of basketball terms from "air ball" to "zone defense." 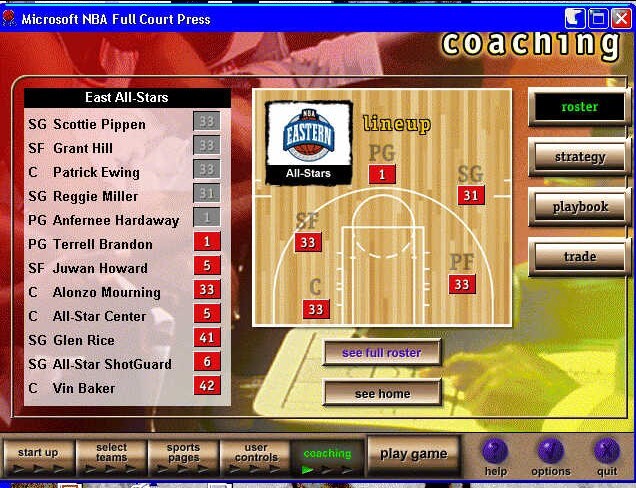 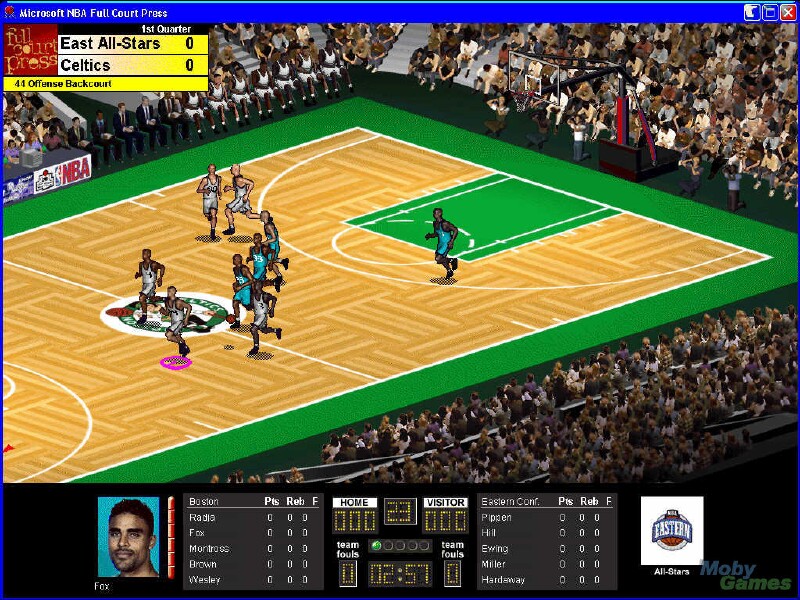