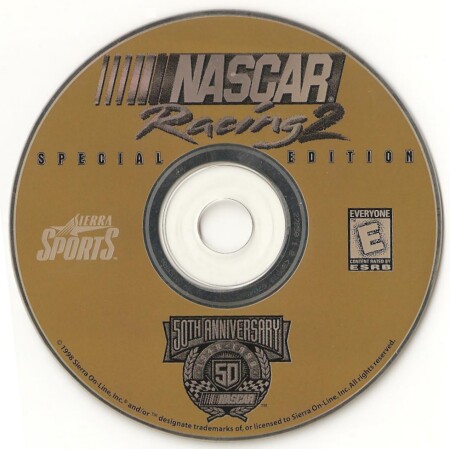 The Game
Back in the mid 90s NASCAR 2 drew the thin line between exhilarating action-racing and strategic planning. This was a game where every track must be considered individually when tweaking the design of your car, where you need to know where and when to pit, all while staying aware of your competition's position on the road. After a few hours of roaring around the oval, taking cues from your spotter through a headset (let's assume you're wearing headphones during your game) it becomes clear: NASCAR 2 was a profound improvement over the original.

For it's time, NASCAR 2's graphics are top-notch. Sierra improved the frame rate from the first game, making for fluid car animation, and realistic body damage. When I first saw the game in 1996 I thought this was as close as most of us are going to come to participating in an actual televised race. As an added bonus, Sierra included a paintshop-style program where you're given the opportunity to customize the artwork of any car on the track. Slap your dog's name on the hood, a smiley face on the bumper. This feature is a given these days but it certainly wasn't the norm all those years ago.

I don't mean this wholly in an artistic sense. Half the fun of NASCAR 2 is making the ever-so-slight adjustments to your vehicle's tire pressure, foil height, camber, and gear ratios to achieve optimal performance for a particular track. Experienced racers - whether they're the real McCoy or just veteran desktop competitors - will know what all these arcane terms mean from the start. However, before hitting the first NASCAR track, most of us are going to need an quick learner's course. An easy to understand which-element-on-your-car-affects-what diagram made it all clear, and in no time at all I began to experiment until I felt I had a firm grasp on exactly what I could tweak to make my V-8 the finest machine on the track.

Considering the computing power of mid 90s hardware to today's machinery, the AI in the game still seems pretty incredible. When you accidentally blindside another vehicle the other cars realistically slow down or cautiously slide out to avoid a collision. It's funny, but although NASCAR 2 doesn't purport itself as being the kind of body-casualty ride that Psygnosis' Destruction Derby 2 is (with its incredibly realistic incremental car damage - fenders mashing in, hoods flying off, wheels tearing from their axles, bouncing down the track, requiring a tow into the pit-stop), it certainly rivals that game damage-wise. . If you collide with another vehicle because you performed an action contradictory to your spotter's directions, he'll remind you of your ineptitude with a reprimanding "What kind of bone-headed move was that!" And at that point, you're probably so absorbed in the race that you'll want to go back and apologize to him personally.

That's the kind of complete immersion NASCAR 2 offered. It's a completely professional game, both in its execution and in its dedication to the NASCAR tradition.

The new tracks and cars look great, especially the fantasy tracks. The same look and feel of NASCAR 2 is here, with exceptionally rendered tracks of late 90s vintage, fantastic physics model, great looking cars, and all the rest.

Of course the racing model is pure NASCAR. The cars are all fully configurable as you would expect, quick race, championship races, and seasons are all present and integrated seamlessly into the game. The game adds a ton of new driver info, as well as 30 new drivers to compete against, all taken from the 1997 Grand Nationals. Tracks include the Texas Motor Speedway, California Speedway, and the Gateway International Raceway to name a few. The fantasy tracks included are the Bull Run Raceway and Red Rock Raceway, and boy are they fun to take on. High banks, twists and turns, these are a ton of fun. New drivers include Steve Park, Todd Bodine, Randy LaJoie and a ton of others. Once installed, you enter the game as you would normally, only you'll have a few more options on the race calendar and entry list screens. You may still play the 1996 season, the 1997 Grand National, or play them all. The same goes for the driver configuration.

If you're a NASCAR 2 fan, you'll love the added information that this pack includes, especially if you want to enhance the original game. 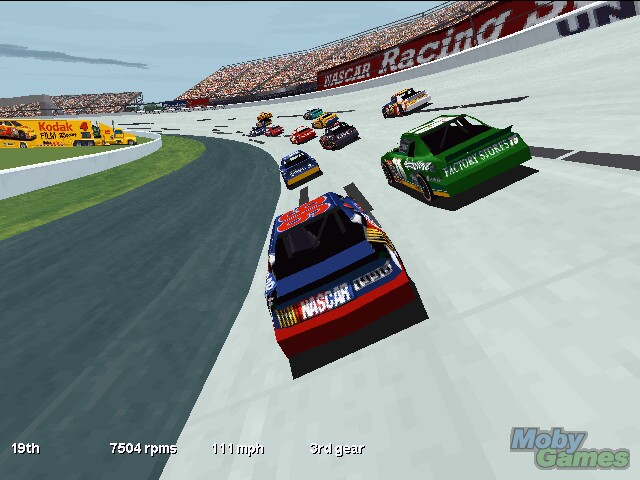 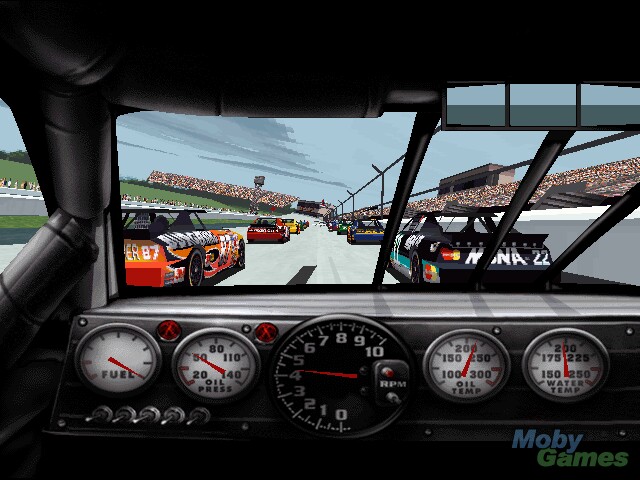