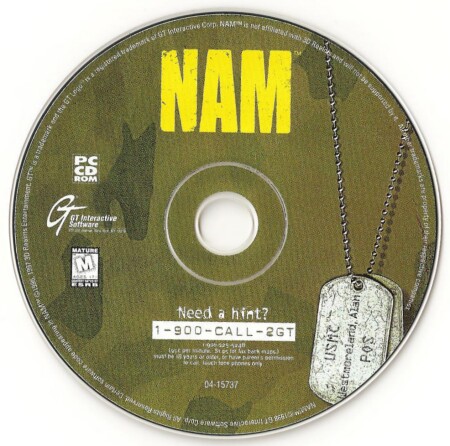 The Game
The year is 1966, shortly after USA deployed its troops to participate in the Vietnam War. Alan "The Bear" Westmoreland, a Marine Corps sergeant, is sent behind the enemy lines. He is known for his high endurance, achieved by ingesting various stimulants. As long as these drugs keep him going, the Bear isn't afraid of danger, and is used by his superiors for missions with overwhelming odds. The raid turns into total warfare; with only a small team at his side, the Sergeant will have to do everything he is capable of in order to survive.

NAM is a military-themed first-person shooter that uses the Build engine. The protagonist has to fight his way through the jungle, with various weapons such as M16, M60, M79, LAW, and others. The missions range from urban gun battles to sneaking in the thick jungles and man-made tunnels under the ground. The battlefields are frequented by air strikes, anti-personnel mines (which the player can spot with a mine detector), fire fights, ambushes, snipers and tanks. Fellow soldiers will aid Alan in battle, though for the most part he'll have to depend on himself. 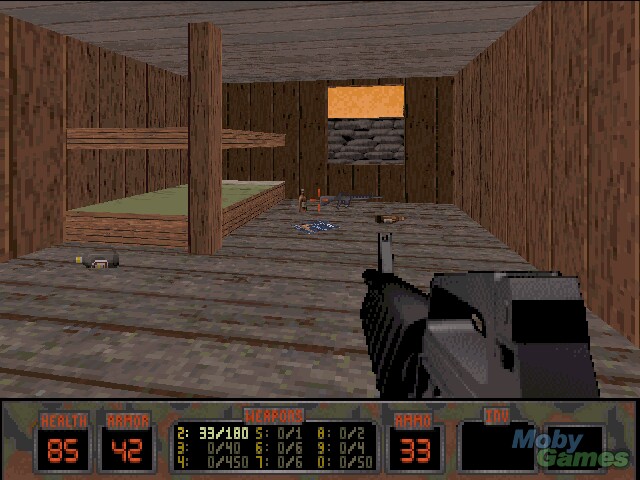