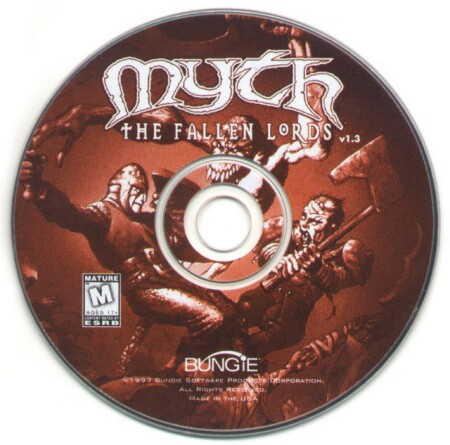 The Game
The release of Bungie's Myth: The Fallen Lords was the ideal real-time strategy game of the late 90s. This fantasy game unfolds around a richly woven plot, involving an epic struggle between the undead and spirit forces of Dark and the living forces of Light. Balor and the Fallen Lords lead the vast armies of the Dark against you, while you must lead the outnumbered Light forces in a desperate, last-ditch campaign of resistance.

Despite the less-than-obvious mission goals, most levels are well designed and the overall mix of objectives is nicely varied. You'll find yourself fighting a simple skirmish on one level, ambushing 100 undead archers on another, and finding ways to make the bad guys fight amongst themselves on another. You'll even get the chance to call in some dwarven paratroopers on one unforgettable mission.

Your troops include basic foot soldiers, archers, explosive-throwing dwarves, and berserks that look and sound like they came right out of Braveheart. The enemy has units that more or less match up with your own, plus a few more powerful types (such as the quick and brutal Trow and the lightning-hurling Fetch) to keep you on your toes. Commanding your troops in Myth is similar to most other real-time strategy games, except that you can organize them into groups and align them into ten different formations. The game uses a simple, mouse-driven arrow similar to the system employed by Sid Meier's Gettysburg. Graphically, Myth is one of the most impressive games of its time. The battlefields are marvelously rendered in 3D, with beautiful terrain that will see you battling over rolling hills, canyons, and rivers. The unit art and animation are excellent, including some spectacular deaths (killing a Fetch is especially satisfying). The game also features some amazing battlefield scarring and animated carnage (little heads and limbs flying everywhere), as well as lots and lots of blood. Rounding out the breakthrough graphics engine are impressive weather effects, an accurate physics model, and dynamic lighting. The view controls have been enhanced so that you can now zoom out much farther to get a better, bird's-eye view of the battle. You can also zoom in close enough to see the whites (or the reds) of those undead eyes.

The game offers a very good musical score but oddly plays no music during battles. This may be to ensure that you hear all of the game's killer sound effects. Your troops will shout out in triumph when they vanquish a foe or complain when they take a friendly-fire hit (which happens a lot). It can be frustrating to see your Dwarves annihilate half of your own troops with an errant grenade, but it is hilarious to hear them yell "My mistake!" or (better yet) "Oops" after doing so. Also, you won't soon forget the ominous thump-thump-thump sound of an approaching enemy Trow. The game also features some wonderfully animated, cartoon-style cutscenes. All in all The Fallen Lords was an outstanding first chapter of the Myth series. 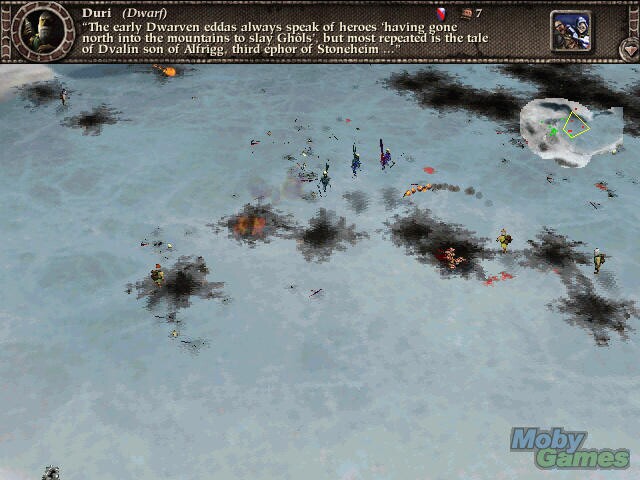 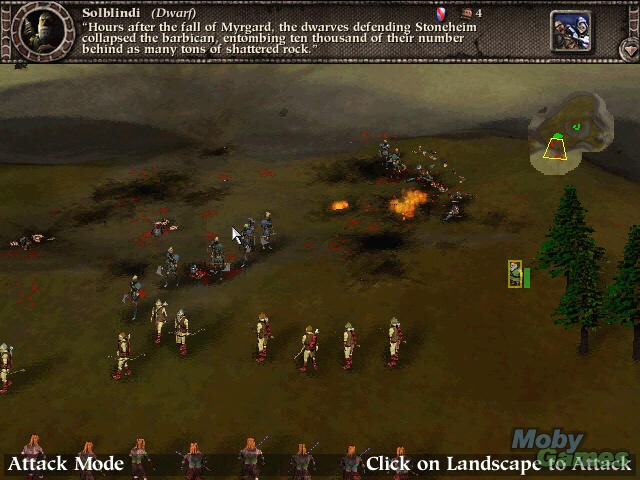